There is no denying it; the task Scott Parker faces as Bournemouth boss is to win them promotion. Can they get their first win of the season here? Find out with our Notts Forest vs Bournemouth match preview with free tips, predictions and odds mentioned along the way.

We begin our predictions by backing Bournemouth to leave the City Ground with all three points. For one thing, the Bournemouth squad is oozing with quality that will ultimately see them compete at the very top of the Championship table but on top of that Notts Forest are in poor shape where league form is concerned; they've not won in seven and have lost their last two. The bad news doesn't stop there for Notts Forest fans though; they've failed to win their opening home match of the season in the last three seasons.

Goals to rain down

If Notts Forest fans are feeling down in the dumps after reading our first prediction then maybe this tip will make them feel better; at least we think they'll see an entertaining match. Notts Forest have gone over the 2.5 mark in four of their past six games including in their last three matches with Bournemouth doing the same in their past six in a row. It's good news on the average goals front too. Notts Forest have averaged 2.8 per match with Bournemouth averaging 4.1.

Both teams to find the net but Bournemouth will win

It's another silver lining here for Notts Forest fans. Do we think their team will lose? Yes. We also think they'll have something to celebrate though. We've already outlined why we think Bournemouth will win the game so now we're looking to justify the BTTS element of our prediction. Notts Forest have seen both sides net in each of their last three games and four of their last five at home. For Bournemouth their last two away games have seen both teams net with just one of five seeing a ‘nil' in the score line.

A game full of goals but not points for Forest

The season might be new but it started in familiar fashion for Notts Forest last week. Things looked promising as they took the lead against Coventry but two second half goals for the hosts turned the game on it's head; that's exactly what happened on their final day loss against Preston last season. Their task against Bournemouth will be tougher without Gaetan Bong at the back too; he's suspended for this match. As for Bournemouth, they drew with West Brom on opening day but twice gave up a lead. They too won't be full strength in this game; last years 17-goal man Arnaut Danjuma is injured with Steve Cook also ruled out and Jack Stacey a doubt. 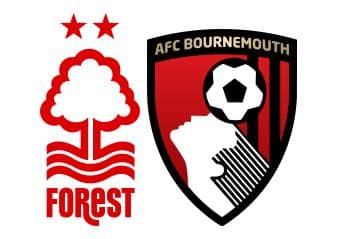