Nottingham Forest vs QPR: Check out our betting tips

This game is a big one in the race for the Championship's top six and a place in the playoffs. Who will win it to boost their chances? Find out with our Nottingham Forest vs QPR match preview with free tips, predictions and odds mentioned along the way.

Forest to win it

Queens Park Rangers have not been very consistent when it comes to finding the net; they failed to score in three of their last seven games. QPR will be going up against a Nottingham Forest side that kept four clean sheets in their last six league games; as a matter of fact, Forest allowed just one goal in their last four league games. Additionally, we would like to point out that QPR blanked in four of their last six clashes with Forest; they scored just two goals in that stretch. At least one side failed to score in five of the last seven meetings between these sides, and in four of Nottingham Forest's last six league games; and on that note, at least one of these teams should keep a clean sheet.

Nottingham Forest are currently ninth and just four points behind QPR – with a game in hand – who sit fourth in the table. That goes to demonstrate just how tight the top end of the English second tier is and a win for either team would be huge.

Nottingham Forest have enjoyed some good form over the past couple of months; they are coming off back-to-back wins, and are unbeaten in their last eight games, with five wins and three draws. Steve Cooper's men are just two points from a promotion playoff spot; they'll hope to go up the Championship table with a win today.

Queens Park Rangers ended a two-game losing run with a 2:1 win at Luton last weekend; they are fourth on the Championship table, six points from an automatic promotion spot. QPR will take on Nottingham Forest at City ground on Wednesday; they'll set their sights on a win. 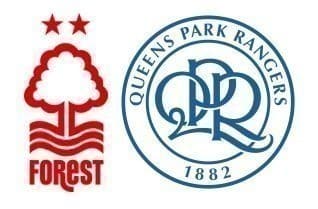