Nottingham Forest saw a clear upturn in form post Chris Hughton but they're now three games without a win. Can they get back to winning ways when Preston visit the City Ground? Find out with our Nottingham Forest vs Preston match preview with free tips, predictions and odds mentioned along the way.

We can't split the teams

Nottingham Forest are in their first negative run since sacking Chris Hughton having taken just two points from the last nine available. By contrast, Preston will arrive brimming with confidence after beating Bournemouth in midweek. We think both will have to settle for a point here though. Nottingham Forest have managed to win just one of their last five home matches having drawn two and lost two. Preston's away form reads the same; one win, two losses and two draws. Three of the last five head to head games have ended level too.

We're making the prediction that both sides score in this match in spite of the fact Preston have only seen two of their last five end in that manner. The reason for that is two fold; firstly, Nottingham Forest have seen just one ‘nil' in their last five matches meaning four of five have ended with goals at both ends. On top of that, the last time these two sides locked horns both registered on the score sheet.

The last of our three tips comes from the correct score market and we're opting for 1-1. In the last five games Nottingham Forest have averaged 1.2 goals scored per game. Preston have averaged at the same rate having scored six goals in total. Neither are exactly shipping goals by the bucket load either. To further support our prediction we point you to the fact that both sides have seen two draws in their last five respective home and away fixtures. Nottingham Forest's last two games have both ended with a goal apiece too.

Find the best odds for Nottingham Forest vs Preston

FAQ on Nottingham Forest vs Preston 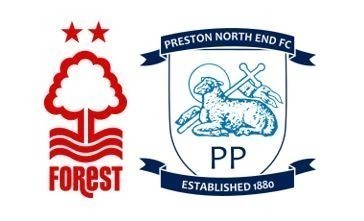