If not for Derby's points deduction, Nottingham Forest would be sat rock bottom of the Championship table but with a new man, Steve Cooper, in charge optimism is running through the club again. Can the former Swansea gaffer get off to a winning start? Find out with our Nottingham Forest vs Millwall match preview with free tips, predictions and odds mentioned along the way.

Millwall are unbeaten on their last five but that streak does include three draws; they've all come in the last three games too. The Lions are far from untouchable and they're yet to win away from home this season. Nottingham Forest will likely benefit from that new manager bounce and after winning under caretaker charge last time out confidence won't be anywhere near as low as you might expect for a club rooted bottom. A new manager impact, a buzzing home ground and an opponent that are very much beatable is a good combination.

Both teams to hit the net

Our next bet prediction is that both team find the back of the net. A new manager might be in at Nottingham Forest but old habits die hard and one clean sheet in their 10 previous games is not good enough. Millwall aren't lacking in the goals department either; they've only failed to score once in their last 10 outings. With Forest likely to take a more front footed approach we could see goals rain down. We believe they'll be at both ends, which is what has happened the last two times these teams have faced off.

With any new managers first game it is results that are the order of the day. In Lewis Grabban Nottingham Forest have a proven Championship goal scorer who will deliver when it matters. On top of that throwaway comment, the former Norwich man has got form to back it up. He only has two goals to his name this season but both have been scored in his last three appearances.

The best odds for Nottingham Forest vs Millwall

A new manager and renewed hope

It may well be stating the bleeding obvious but Nottingham Forest are going to be a different animal this weekend with Chris Hughton's permanent successor now in place. We've already touched on Grabban being a big player but João Carvalho could be a beneficiary of the change at the top after struggling for minutes under the former manager. As for Millwall this match will be much tougher than had it taken place this time a fortnight ago. Now they'll very much be the bridesmaid with Jed Wallace their best hope of spoiling the Forest party. 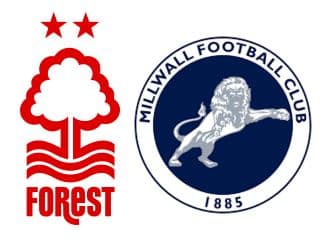