This preview looks at strugglers Nottingham Forest taking on Middlesbrough at the City Ground. Manager Chris Hughton is also fighting to keep his job amidst the poor form.

Forest are at the bottom of the EFL Championship 2021-22 table after extending their winless run to six matches following the 2-1 home defeat against Cardiff City. Middlesbrough went four games without a win following a 2-0 loss to Coventry City.

Nottingham Forest to win the match

Nottingham Forest might have to throw caution to the wind and make some adjustments to their play if Chris Hughton is to remain in the job. After six matches without a win and sitting at the bottom of the table, Forest might be forced to take some action if things don’t improve after this game. Middlesbrough are staring up the possibility of five consecutive games without a win. The team might have picked up back-to-back wins over Forest, but

One of the better aspects of Nottingham Forest’s campaign so far is a defensive record that looks pretty good, as the team has not conceded more than two goals in any match so far. However, the push to get a victory is likely to open up Forest in this encounter. Despite Boro been quite mediocre on the travels, this match should produce more than 2.5 goals.

Nottingham Forest have not kept a clean sheet in any match this season. After failing to score in two out of the last three matches, Boro are sliding down the table and they have a pretty good record of scoring in the City Ground. Boro have been unable to score in just one of the last six visits to this ground.

Top Betting Odds and Stats for Nottingham Forest vs Middlesbrough

Questions about Nottingham Forest vs Middlesbrough 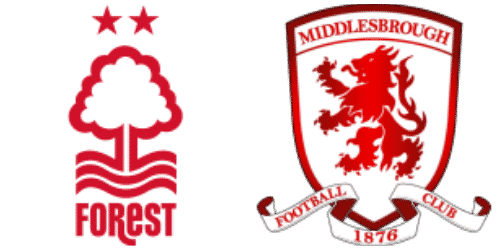 Where is the match scheduled? The City Ground

Which team is the favourite to win? Nottingham Forest