Jamie Vardy is in the bottom two per cent of Premier League strikers when it comes to accurate passes per 90 minutes. Clearly passing is not in his job description at Leicester City.

So it is testament to his talent as a goalscorer that he’s still a fixture in the starting line-up. He doesn’t pass, he rarely sets up shots for others, he doesn’t make many tackles and he has one interception in the top flight this season.

To be fair to the former England international, part of the reason why he makes so few accurate passes is that a lot of them are on the high-risk/high-reward side of things.

His passing sonar is below, showing the direction of his passes in the Premier League and how many are successful.

There is a heavy ‘success’ skew to his left, but only a tiny percentage of forward passes finding their target. 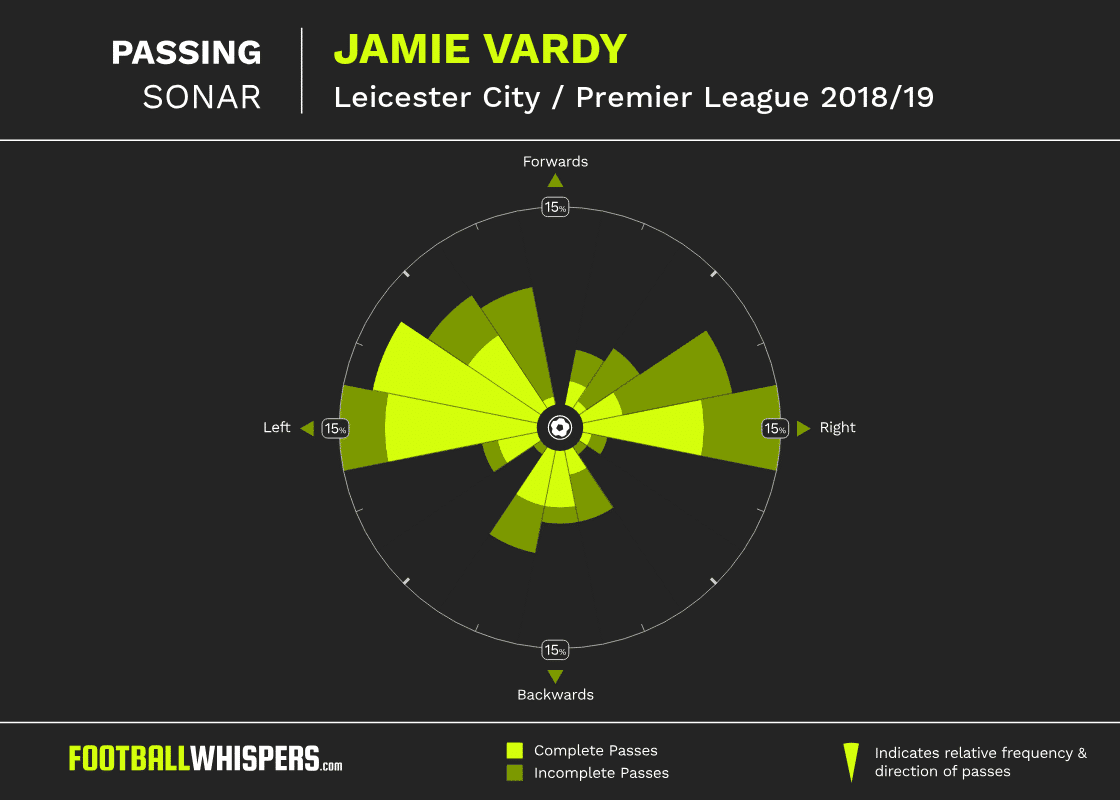 The low success rate of passes to his right might seem strange, but makes a lot more sense when you consider where he spends most of his time on the pitch –although this doesn’t explain why his backwards passes aren’t safer. 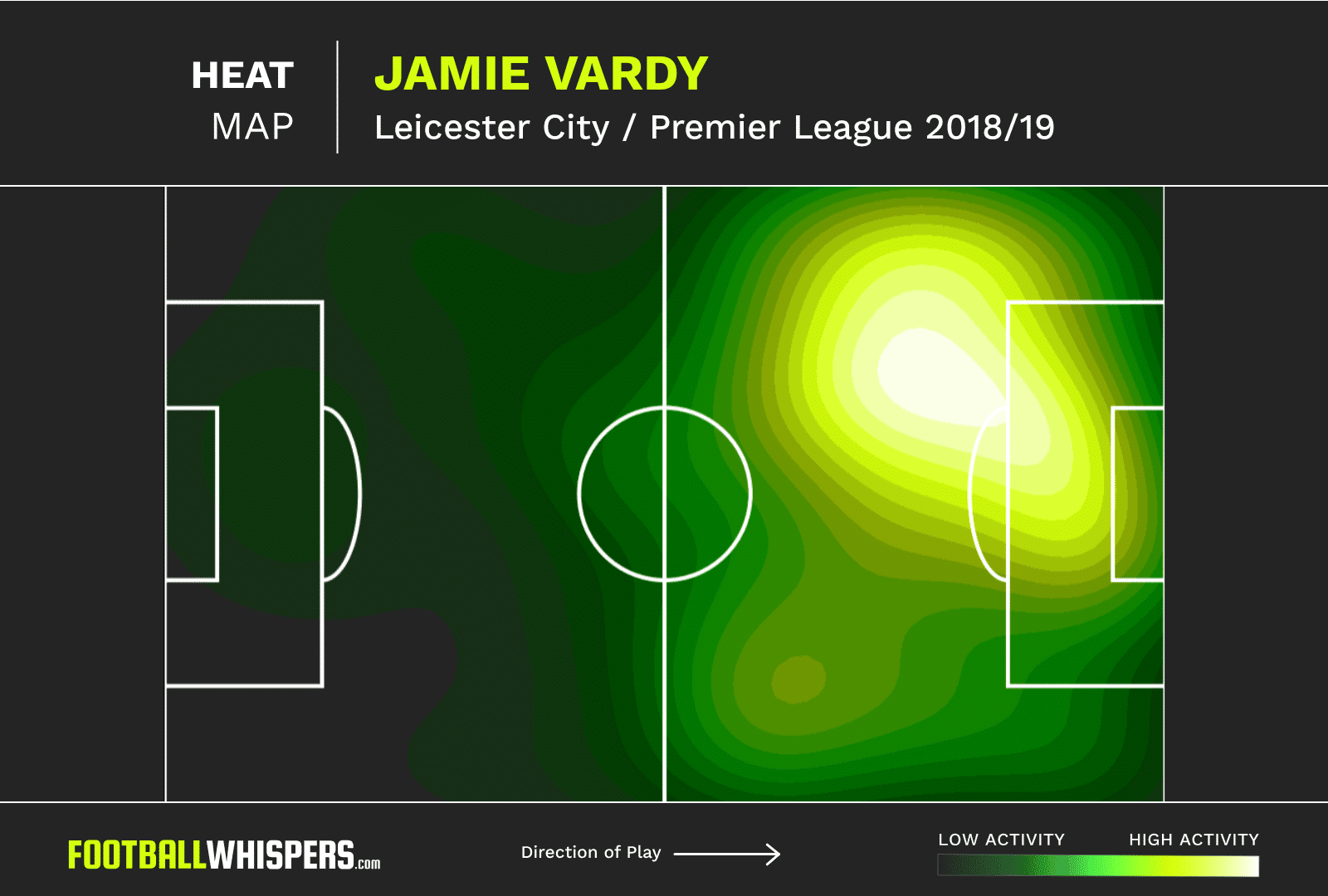 However, while the lack of a more rounded game can be excused for as long as Vardy’s banging in goals, what happens when he stops?

Although he’s currently on five goals for the season, three have been penalties, and his two goals from open-play is far below his open-play expected goals (xG) of 4.65.

Looking at that, you might think he’s been unlucky. However, when you add in Vardy’s shot placement, his xG drops from 4.65 down to 2.42.

Sometimes a drop between a ‘pre-shot’ (looking at where the shot’s taken from) and ‘post-shot’ model (adding in where the shot ends up), it’s because a player is just failing to hit the target.

Not with Vardy. His shot accuracy is a very good 54 per cent.

This strange form in front of goal isn’t something that’s happened in recent seasons for Vardy either. In his past two campaigns, his pre-shot and post-shot expected goals numbers have matched up, with the post-shot numbers actually marginally higher.

Claude Puel has sometimes been criticised for not playing to the 31-year-old's strengths. The drop-off in the striker's expected goals figures when factoring in his shot placement is nothing to do with the manager though.

Vardy has always been something of an odd player, a throwback striker who just does one thing and does that very well; namely breaking in behind defences and finishing off one-on-one situations. But now it appears he’s struggling with his M.O.

The music has, temporarily at least, stopped at the Vardy party. It's down to the striker to find a way to get it going again.