Norwich and Wolves go head-to-head at Carrow Road for three Premier League points on Saturday. Read our expert predictions and find the latest odds for the game below in our match preview.

Norwich are targeting their third straight Premier League victory when Wolves visit East Anglia on Saturday. Find our top three predictions for the contest below.

Dean Smith got his Norwich career off to a flying start on Saturday when the Canaries edged out Southampton 2-1 at Carrow Road – a result that took City off the bottom of the Premier League table. Norwich were far from impressive against the Saints however, retaining just 37% of the ball and mustering just eight shots to their visitor’s 17. Wolves meanwhile, outplayed a strong West Ham side at Molineux to collect their fifth win in seven league assignments and we’re backing red-hot Wanderers to prevail again on Saturday.

Norwich scored two goals from a very modest 0.44 xG against Southampton on Saturday – a feat they are unlikely to repeat this weekend. Before that, City had notched just five times in 11 Premier League fixtures, while Wolves have registered one or fewer times in three of their last four assignments in the division. With those records considered, we recommend taking a chance on under 2.5 goals on Saturday.

Raul Jimenez’s return to the fold this season at Wolves have been one of the feel-good factor stories of the campaign so far and the Mexican striker is starting to look more and more like his old self with each passing game. The 30-year-old’s match-winning effort against West Ham was his second strike in three league appearances and Jimenez is a prime candidate to make an impact again at Norwich.

Dean Smith masterminded a victory over Southampton on Saturday though a date with a rapidly-improving Wolves team under Bruno Lage feels like a much tougher test for Norwich. The Canaries are searching for their third win on the bounce this weekend, though they haven’t completed a hattrick of Premier League victories since 2012. Smith deployed his new team in a 4-3-3 formation against the Saints – a setup he is likely to continue with this weekend.

Wolves dominated just about every single match stat in their 1-0 triumph over West Ham on Saturday and closed to within four points of the Hammers and fourth spot in the process. Wanderers set up in a somewhat unusual 3-4-2-1 formation against the Irons, though their unorthodox shape worked wonders against their shellshocked opponents. Wolves have lost just two of their last nine league matches overall since late August. 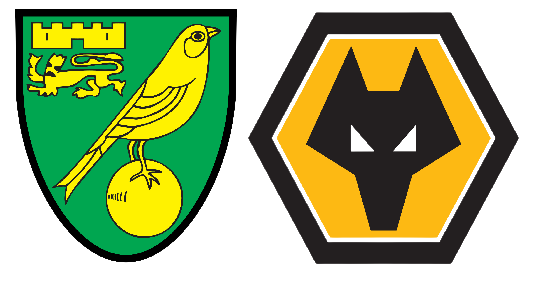 We recommend checking out the odds at NetBet for Norwich vs Wolves.

Norwich vs Wolves is not being shown live on TV in the UK.