Two of the Premier League's newly-promoted sides go head-to-head this weekend and both will be desperate to secure all 3pts after tough starts to the season. Norwich are the only team yet to secure a single point this season while Watford have lost their last three games since beating Aston Villa on the opening weekend.

Our Best Bets for Norwich vs Watford

We've backed a draw between these two teams are we are not expecting the most exciting of 90-minutes at Carrow Road. Watford haven't lost any of their last four games against the Canaries and the hosts are yet to pick up a point this season. Watford's only points arrived in their own backyard and they have lost their only two away games so far this season.

This game has the potential to end goalless and an under 2.5 goals bet backs us if the pair do manage to score a goal apiece. Under 2.5 goals have been scored in four of the last six encounters between the two clubs, while Norwich's last game and each of Watford's last four outings have also produced under 2.5 goals.

We're expecting a tight and tense 90-minutes between two clubs who really won't want to lose this weekend. Norwich have failed to score in three of their opening four league games, netting once in a 2-1 defeat to Leicester, while Watford have failed to score in each of their last four matches in all competition, last scoring on the opening weekend against Aston Villa.

Can Norwich get their first points on the board at home to Watford?

Norwich slipped a narrow 1-0 defeat away at Arsenal last time out, which wouldn't sound so bad if the Gunners weren't playing as equally poor as the Canaries right now. Goals have been hard to come by this season just as they were when Norwich last tried their hand at the Premier League. This weekend's game against one of their relegation rivals has so much pressure on it for Norwich as the home side, pressure that they may not be able to handle.

Watford started life back in the Premier League with a bang, beating Aston Villa 3-2 at Vicarage Road, but they have since lost their next three matches without scoring a single goal. Just like their hosts, Watford's main issue this season could be goals. They simply don't look capable of scoring enough right now but there is plenty of time to work out a solution to that problem.

Norwich: Mumba, Sargent and Placheta are all injury doubts for the hosts, while Byram, Zimmermann and Giannoulis have already been ruled out.

Watford: Femenia won't make the trip to Norwich this weekend but Pedro, Foster and Gosling could return to the squad following injury. 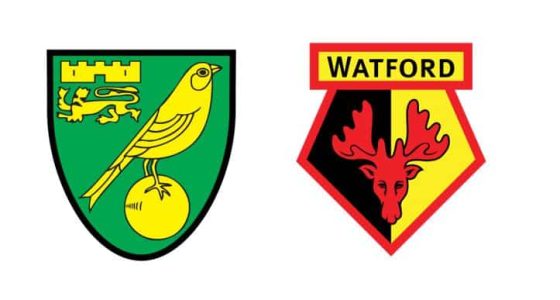