Norwich might look destined for relegation but they secured their first win of the season before the international break and now they have a new manager in the form of Dean Smith, so Premier League survival could still be on the cards. Southampton provide the opposition on Saturday and the Saints go in search of their fourth straight win against Norwich.

Here are our predictions for Norwich vs Southampton.

We're hopeful that this game will produce goals as four of the last six encounters between Norwich and Southampton have produced over 2.5 goals. Each of Norwich's last three matches have witnessed at least three goals and that includes their 7-0 defeat at the hands of Chelsea, and we're expecting more of the same on Saturday.

There is a good chance that we will be treated to goals at both ends of the pitch this weekend as two of the last four meetings between these two clubs have ended that way. Norwich's last two outings have produced scorelines of 2-1, the most recent of which was a victory away at Brentford. Both teams have also scored in three of Southampton's last six matches in league and cup and the visitors have found the back of the net in each of those six fixtures.

Pukki top scores for Norwich this season with 3-goals, two of which have come from the penalty spot. The Finnish international was on target during the international break as well, so you can see why we're backing him to score at some point in the game against Southampton.

Everything you need to know about Norwich vs Southampton

Can Norwich make it back-to-back wins in the Premier League?

Norwich made the trip to Brentford before the international break hoping to secure their first win of the season. Normann put the Canaries 1-0 up after just 6-minutes and a penalty from Pukki just before the half-hour mark made it 2-0 to the visitors at the interval. Brentford did manage to pull a goal back in the second half but Norwich held on to secure their first victory in the league this season. Shortly after the game it was announced that manager Daniel Farke had been sacked and since then the Canaries have appointed former Aston Villa boss Dean Smith.

Last time out, Southampton were at home to an out of sorts Aston Villa side and an early goal from Saints striker Armstrong proved enough to secure all 3pts against a Villa side whose confidence is clearly fragile. Dean Smith has been sacked since and replaced by Steven Gerrard following a short but successful spell north of the border with Rangers.

Southampton: the Saints could be without James Ward-Prowse, Nathan Redmond, Valentino Livramento and Jack Stephens for the trip to East Anglia.

Norwich vs Southampton – Your Questions 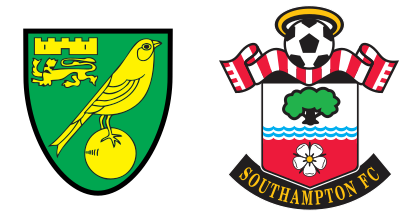