Norwich could move above Newcastle and Burnley if they beat Man Utd in the Premier League this weekend but Ralf Rangnick is yet to lose as boss of the Red Devils and will be desperate for his side to secure all 3pts for himself.

We believe that there are going to be goals in this game for both clubs as three of the last five meetings between Norwich and Man Utd have ended the very same way. Both teams have also scored in four of Norwich's and four of Man Utd's last six outings in all competitions, so you can see why we're not expecting either side to keep a clean sheet on Saturday.

At least three goals have been scored in five of the last six meetings between these two clubs in league and cup, and we're expecting more goals this weekend. Four of Norwich's last six league games have produced over 2.5 goals and the same can be said for two of Man Utd's last four outings in the Premier League.

Cristiano Ronaldo top scores for Man Utd in the Premier League with 6-goals and we're backing the 36-year-old to find the back of the net again this weekend. The Portuguese international has scored 6-goals in his last eight games for Man Utd, netting twice against Arsenal recently. Norwich have a leaky defence and it's hard to see the Canaries stopping the superstar from scoring on Saturday.

Norwich made the trip to the capital to face Tottenham last time out and ended up getting well beaten in the end. An early goal from Moura put the home side in front and Spurs scored two more goals in the second forty-five. That result means that Norwich have 10-pts to their name after 15 games but remain level with Newcastle and Burnley, so there is every chance they can escape the drop, especially if they continue to pick up more points at home.

A solitary 77th-minute effort from Fred proved enough for Man Utd to record a 1-0 home win against Crystal Palace last time out. United still need to up their performances but the results are starting to come under Rnagnick and that is the main thing. The German former Director of Football has moved Man Utd up into 6th place as things stand and the Red Devils are only 3pts off 4th-placed West Ham heading into the latest round of league games. 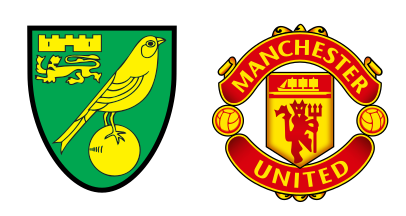