Norwich face a tough first match back in the Premier League at home to Liverpool, a team they haven't had any recent success against. The visitors arrive looking to get their season off to the perfect start but will be without Andrew Robertson at left-back and their captain, Jordan Henderson, is unlikely to start the game.

Liverpool enjoy playing against Norwich and have won five of the pair's last six encounters in the Premier League. Both teams have scored in five of those six top-flight clashes, so there is a good chance that we won't see any clean sheets on Saturday evening. Norwich lost their final pre-season game against Newcastle 3-0, while Liverpool won theirs against Osasuna 3-1.

Four of the last six clashes between Norwich and Liverpool have produced over 3.5 goals and we're predicting plenty of goalmouth action this weekend as well. Liverpool have beaten Norwich 4-1, 5-4, 3-2 and 5-1 since 2013 and we're expecting the visitors to score plenty of goals on Saturday. Two of Liverpool's last three outings have witnessed at least four goals being scored and Norwich recently thrashed Gillingham 5-0.

Salah top-scored for Liverpool last season with 22 Premier League goals and we're expecting the 29-year-old to enjoy another fruitful campaign. Since joining the Kopites, Salah has netted 32, 22, 19 and 22 league goals in his last four seasons and while Norwich will be more than aware of the threat the Egyptian carries, stopping him is another matter altogether.

All you need to know ahead of Norwich vs Liverpool

Liverpool have a habit of scoring lots of goals against Norwich

Sam Byram has been ruled out of this weekend's season opener due to a thigh injury, while Todd Cantwell is rated at 50/50 to feature as things stand, due to an issue with his foot. Following a recent positive Covid-19 test, Rashica, Rupp, Hanley, Hernandez, Hugill, Mumba and Placheta have all been self-isolating and that could affect their chances of featuring against Liverpool.

As mentioned at the beginning of this preview, Andrew Robertson will miss the game against Norwich due to a foot injury and it appears unlikely that captain Jordan Henderson will make it through the entire 90-minutes as he is only at the stage of building up his match fitness. Curtis Jones could return from a hip injury in time to make the Liverpool squad, though he would have been unlikely to start the game even if fully fit. With Man City, Chelsea and Man Utd all strengthening during the summer, Liverpool should have even more competition for the top spot this season, so getting off to a winning start and building momentum will be key to their success. 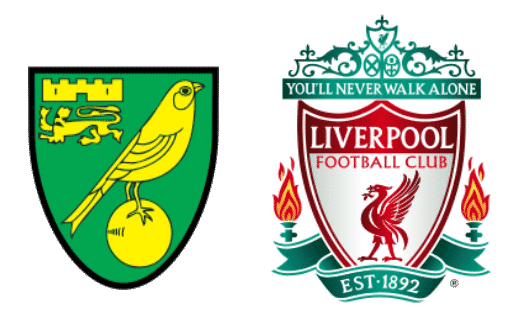