Norwich sit bottom of the Premier League table and have really been struggling to score goals of late but they welcome an understrength and low on confidence Everton side to Carrow Road this weekend. Rafa Benitez is under a lot of pressure right now and many Everton fans view this game as a must-win for the former Liverpool manager.

Everton have won four of their last seven encounters with Norwich in all competitions, including a 2-0 win at Goodison Park earlier this season. The hosts have failed to win their last three home games against the Toffees with their last victory against Everton at Carrow Road arriving back in 2013. Everton aren't in good form but have shown glimpses of their true ability in recent months (beating Arsenal and drawing with Chelsea), while Norwich have simply been poor in all departments.

While Norwich haven't been scoring many goals of late they are going up against a dodgy Everton defence that always give their opponents chances, especially as Rafa continues to stick with a five at the back system which simply doesn't work. However, Everton might not be able to keep clean sheets but they always offer a goal threat as you can see in the fact that each of their last six outings have ended with both teams getting on the scoreboard.

Norwich made the trip to West Ham in midweek and as most expected, they suffered yet another defeat. Bowen scored a goal in each half to secure the Hammers a comfortable 2-0 victory. While Norwich remain bottom of the table they could still move above Newcastle and Burnley this weekend if they can manage to beat the Toffees.

Everton needed extra time to beat Hull City in the FA Cup 3rd Round, though, in fairness the Toffees should have had two penalties within the opening 90-minutes. Everton went 1-0 down in the very first minute but eqwualised through Gray after a neat one-two with Gordon. Andre Gomes headed home to put Everton in front after 31-minutes but in the second half, Longman curled in a beauty to send the game into extra time. Townsend came on for Everton and unleashed a great long-range effort in the 99th-minute to secure a 3-2 victory.

Norwich: Gilmour, Zimmermann, Cantwell, Sargent, Rupp, Omobamidele and Normann are all doubts for the Everton game.

Everton: Branthwaite, Calvert-Lewin, Delph, Iwobi, Mina, Davies and Richarlison could all miss the trip to Norwich. 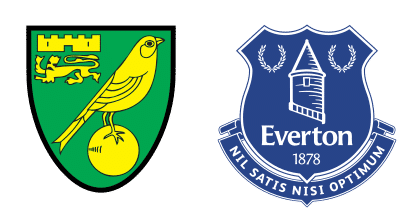