Norwich picked up their first point of the new Premier League season last time out against Burnley and are now looking to build on that result at home to high-flying Brighton. The Seagulls have had a great start to the campaign but have drawn their last two fixtures which has seen them slipped down to 6th position.

Here are our predictions for Norwich vs Brighton.

Under 2.5 goals have been produced in five of the last six competitive and non-competitive meetings between Norwich and Brighton spanning back to 2015, so you can see why we're predicting a low-scoring match this weekend. Fewer than three goals have also been scored, or not scored as the case may be, in three of Norwich's and five of Brighton's last six matches in all competitions.

We're backing against both teams scoring on Saturday and are even leaning towards this game ending in a goalless draw but a BTTS – No bet covers us if one of these two sides do end up winning the game and keeping a clean sheet. Both teams have scored in just one of the last six encounters between the two clubs and only two of Norwich's and two of Brighton's last six outings in all competitions have ended with both sides scoring.

In terms of a final scoreline, we're backing Saturday's clash to end goalless. Norwich have finally ended their losing streak and will be more confident heading into this weekend's match, while Brighton have seen their last two games end in stalemates. Both teams played out goalless draws before the international break and we can see Saturday's game going the same way.

All you need to know ahead of Norwich vs Brighton

Can Norwich finally secure their first win of the season?

While a 0-0 draw at Turf Moor might not seem like something to celebrate, the Norwich fans will be pleased that their team have finally ended their Premier League losing streak. Now all Norwich need to do is find a winning formula and they may still have a chance of surviving this season but that is could prove much easier said than done. Norwich will be determined to go one further at home to Brighton and secure their first win of the campaign but know that their guests have performed really well so far.

Brighton followed up their 1-1 draw with Crytal Palace with a goalless draw against Arsenal last time out but still sit in the top six heading into a game they will be expecting to win this weekend. Brighton got the double over Norwich the season before last and the Seagulls are unbeaten on the road so far, all of which point to Brighton avoiding defeat on Saturday. However, the visitors will be aware of the potential lift in morale that the hosts will have gained from that draw at Turf Moor and will be expecting Norwich to put some pressure on them from the very first minute.

Brighton: the visitors could be without Webster, Bissouma, Mwepu, Alzate and Welbeck for the trip to Norwich. 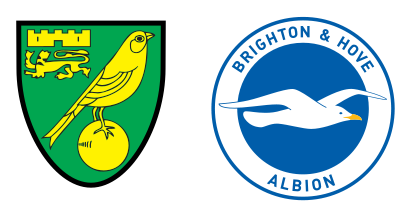