In this article, we will present you with our expert's top free betting tips, predictions, and odds. You can also check out our other Championship predictions on the site.

Latest Betting Tips and Prices for the Saturday Fixture

Reviewing all the data can be tiring, but you are lucky that our experts reviewed the data for you and below, you can check out the top tips for the match.

Our recommended bookmaker for this match is Ladbrokes. Remember to view if the odds have changed before you place any of the bets listed above.

Pukki has twenty-five goals and three assists this season, which brought him second place in the top scorers' table, for now. He also scored one or more goals in six out of the last ten Norwich matches he played in.

Norwich vs Bournemouth: Head-to-Head Stats and Information on Both Clubs

If you want to be sure about the tips, you can check out some of the head-to-head statistics and data in the tables below.

Norwich and Bournemouth are in the top four teams with the best form in the tournament for the last fifteen games. While the Cherries hold a four-game winning streak, for now, the Canaries are ranked first in the Championship for a reason.

Bournemouth will only be missing midfielder, Lewis Cook, because of an ACL injury. Norwich on the other hand has two defenders out with a hamstring (Christoph Zimmermann) and an ankle injury (Ben Gibson). Also, midfielder Lukas Rupp and forward Adam Idah will be missing games because of various injuries.

Maybe the two missing defenders were the reason Norwich drew two out of their last four games, but they still managed to score eleven points in five games. 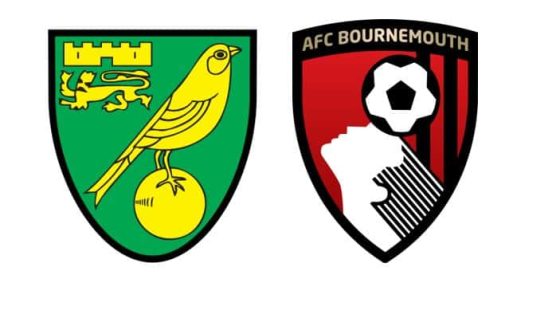 Norwich vs Bournemouth: Important FAQs on the Match