Bottom of the table Norwich could really do with some festive cheer in the form of a Premier League win on Boxing Day. However, the Canaries go up against the Gunners this weekend and if Arsenal play anything like they did against Leeds then it's going to be a long afternoon for the hosts.

Gabriel Martinelli appears to have finally found his form at Arsenal and the 20-year-old has been key to his side's recent run of good results. The young Brazilian has scored 4-goals in the league this season, each arriving in his last six appearances for the club and we're backing him to score again when Arsenal take on Norwich.

Everything you need to know about Norwich vs Arsenal

Even though they had the home advantage, Norwich would have been expecting a tough game against Steven Gerrard's Aston Villa and that is just what they got. Ramsey put the visitors 1-0 up in the 34th-minute after good work from Watkins who claimed the assist. Watkins then turned scorer late in the second forty-five to wrap up all 3pts for the visitors with Norwich left rueing missed chances.

Arsenal made the trip to Leeds knowing that they needed to improve their form on the road following recent defeats to Man Utd and Everton. Martinelli continued his good form with the game's opening goal in the 16th-minute and then scored against just before the half-hour mark to make it 2-0. Saka added a third before the break as Arsenal took full control of the game and practically wrapped up all 3pts before the halfway point. A penalty brought Leeds back into the game but a 4th goal from Smith-Rowe restored the Gunners' three-goal lead.

Arsenal: Kolasinac and Tomiyasu have injuries, while Lokonga and Villar could miss the game due to Coronavirus. 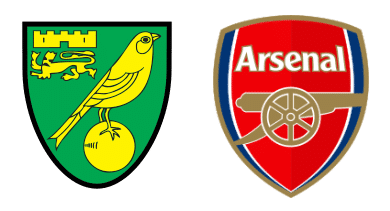