Norwich City are currently propping up the Championship table. Can they get a result here to move them off bottom? Find out with our Norwich City vs Huddersfield Town match preview with free tips, predictions and odds mentioned along the way.

Things have gone downhill for Norwich since the start of last season; after a disappointing campaign that saw them finish last in the Premier League last season, the Canaries find themselves at the bottom of the Championship table now. It's fair to point out that Norwich lost four of their last six games in all competitions. On the other hand, Huddersfield Town are coming off a 3:1 win against Stoke City; they've also struggled like Norwich, having lost three consecutive games before that win. Norwich have not been very convincing so far, we doubt they can win this match. We would like to play it safe however, giving Huddersfield Town a goal to start.

We've already established that these are two struggling sides; their struggles have partly been because of their tendency to concede goals. Norwich conceded 10 goals in their last seven games; they had no clean sheets in that seven-game stretch. Likewise, Huddersfield Town have seen their defence breached in all of their last 10 games. On the other hand, both teams have scored their fair share of goals too. We would like to point out that both teams scored in Norwich's last three games, and in five of Huddersfield's last six matches. All things considered, both teams should get on the score sheet.

On paper, Norwich City and Huddersfield Town should be sitting towards the top of the Championship table. Of course, that might prove the case as the season ticks on but, right now, neither of these two are remotely in form. Due to those expectations, the longer these wobbles go on, the more that infamous axe may begin to sharpen!

Things have not gone too well for Norwich this season; they've accumulated just one point from a possible nine so far this season. As a result, Norwich are currently at the bottom of the Championship table; they'll hope to go up the table with their first win of the season here.

Huddersfield finally got their first win of the season against Stoke City last weekend; prior to that win, they had lost three from three, in all competitions. Danny Schofield's men are now 14th on the table; they'll hope to string up consecutive wins for the first time since May.

A quickfire FAQ on Norwich City vs Huddersfield Town 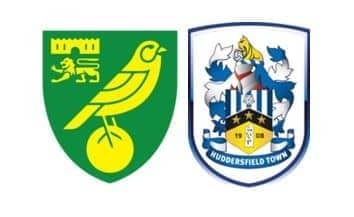