Norwich City to maximise their rhythm and pick up a win over Bournemouth in the second round of the League Cup. The game will take place at the Carrow Road on August 23, 2022.

Bournemouth are struggling for form and direction after back-to-back big losses. Any confidence picked up from the opening day win over Aston Villa has truly drifted away. Norwich have displayed excellent home form and they were able to beat Bournemouth 6-0 in the last home game. It would not be a surprise if Carrow Road once again witnesses a win over the Cherries.

The last two matches for Bournemouth has produced more than 2.5 goals. Three out of the last four games involving Norwich has also met with a similar figure. The scoring form of Norwich looks quite brilliant with players like Sargent on form.

Norwich City vs Bournemouth: Battle for the League Cup 3rd round

Norwich have opened the season in a mediocre fashion with just seven points from the first five matches. Even though Norwich were expected to challenge for promotion, this is not the type of start that Dean Smith had on his mind. Furthermore, Norwich have a very difficult game against Sunderland coming up this weekend. As a result, the Canaries might be expected to make some changes to the starting line-up.

Scott Parker has a particularly average record against his counterpart Dean Smith after managing just one win in the three games. Bournemouth will be keen on recovering from a run-off back-to-back losses against Manchester City and Arsenal. These games were always going to be difficult, but Bournemouth did start with the decent win over Aston Villa. Bournemouth’s away record is not the best around.

Norwich City: Isaac Hayden is the only player missing because of a knee problem.

Bournemouth: Manager Scott Parker has a fully fit squad available at his disposal.

Top League Cup Stats ahead of Norwich City vs Bournemouth

Questions about Norwich City vs Bournemouth 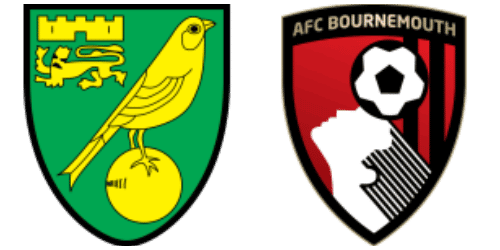 Where is the match scheduled? Carrow Road

Which team is the favourite to win? Bournemouth