Antonio Conte may have shrugged his shoulders but his face told the real story when asked whether he was happy to have another fixture added to Chelsea's busy schedule.

The Blues will have to do it all over again in the FA Cup third round after they were held to a 0-0 draw by Championship side Norwich City. And they only have theirselves to blame.

From the first whistle to the last, Chelsea were simply not good enough. Conte rung the changes to freshen up his side but perhaps he shouldn't have bothered. The players who started the game, barring Willian were lethargic and seemingly unmotivated.

It all culminated in a poor performance, a goalless draw and another game to play. As disappointing evenings go, this was certainly up there and we have picked up the five things we learned from the match at Carrow Road.

Kenedy has stagnated, he needs a loan move

Chelsea beat a number of clubs to the signing of the then 19-year-old in the summer of 2015 and his first season at Stamford Bridge was a promising one. He made 20 appearances in all competitions, scoring two goals.

However, his career has faltered since. A season-long loan move to Watford last term was cut short after he made just one appearance and his professionalism was questioned. He ended up playing just two further games after returning to West London.

In the summer Kenedy was sent home from Chelsea's pre-season tour of the Far East after making disrespectful comments on social media about a security guard in China. But he was kept at the club with the Blues unable to sign another left wing-back.

He has since managed just five appearances, the latest coming at Carrow Road, and hasn't convinced in any. He is being played out of position but there is no doubt Kenedy remains talented but very raw.

Far too often he makes the wrong decision when in possession. He'll shoot from distance instead of playing a simple pass or will attempt to beat a man instead of finding a teammate.

It's why the Brazilian needs to leave the club and play regular football. With experience comes better judgement and that is when Kenedy is currently lacking.

Newcastle United are hopeful of taking him on loan for the remainder of the season and it's a deal Chelsea should sanction. They've got other options, such as Dujon Sterling, they can turn to at wing-back if required.

There's no point keeping Kenedy around just to make up the numbers.

The floppy-haired Brazilian was handed his first Chelsea appearance since November 22 at Carrow Road.

His absence has, officially, been down to a knee problem but his omission from the first-team is more likely to be because he questioned Antonio Conte's tactics after the Champions League defeat to Roma.

So this game was an opportunity for Luiz to prove he is worthy of returning to the Chelsea side, unfortunately he was inconsistent throughout the 90 minutes.

In the first half he was guilty of losing possession cheaply, including one instance when he was tackled on the edge of the Blues penalty area. Fortunately for the visitors, the ball squirmed out of play.

He was also booked for a rash and unnecessary challenge James Maddison in what was a rusty opening 45 minutes.

Luiz did improve in the second period and his passing from the back was crisper. But he didn't look totally at ease after so long out of the starting XI and won't be displacing Andreas Christensen anytime soon in the heart of the Chelsea back three.

Drinkwater Is Proving To Be A Shrewd Signing

When the midfielder joined Chelsea from Leicester City on transfer deadline day in the summer, his signing was met with indifference by the majority of Blues supporters.

It was important the club brought in players to bolster their squad but, having been linked with a number of big-name midfielders in the summer, Drinkwater wasn't deemed as being the calibre of player Chelsea should be spending £35million on.

The fact he then immediately suffered an injury which kept him out for two months didn't help matters. However, since making his debut as a late substitute against Bournemouth in October, Drinkwater has quickly established himself as an important cog in the Blues squad.

He has now featured in 15 games for Chelsea and has only been involved in one defeat, which was against Roma in the Champions League, a game in which the Blues were losing 3-0 when he came off the bench.

There are no great frills to Drinkwater's game but he is efficient and effective. He carries out Conte's instructions to the letter and has already played in several differing roles.

Earlier in the season at against Liverpool at Anfield, he was charged with getting forward and causing the Reds defence problems. Against Newcastle last month he was breaking up play alongside N'Golo Kanté while at Carrow Road he had the same brief.

As usual, Drinkwater got on with the job at hand. His discipline allowed Tiemoué Bakayoko to play a box-to-box role – one that he looked far more comfortable win – while his ability to win back possession was evident, no player made more tackles than the 27-year-old (6).

He isn't the most glamorous player in the Chelsea squad but Drinkwater is quickly proving to be one of the most important and reliable.

No Hazard, no invention 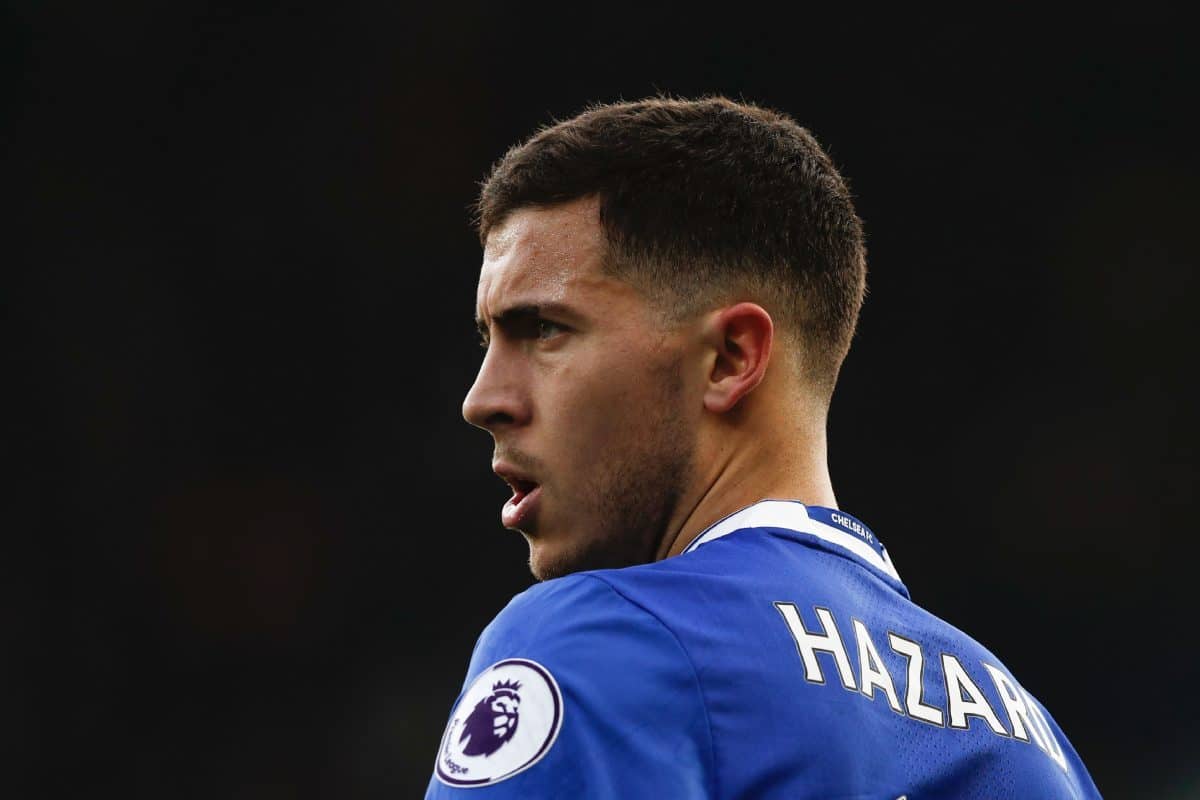 Chelsea's brilliant Belgian was absent at Carrow Road as he nursed a calf injury sustained during the draw with Arsenal in midweek. But how Conte must have wished he could've called upon the Blues No.10.

Throughout the 90 minutes the visitors were too sluggish when in possession. There was no urgency to their attacks and no player willing to commit opposition defenders, especially in the first half.

This season Hazard is averaging 4.5 dribbles and 3.4 key passes per game in the Premier League. Against Norwich, a Championship side, only Willian could better those figures.

He completed an impressive ten dribbles and made four key passes, but he was often running with the ball in deeper positions and didn't glide past defenders often enough.

With no Hazard, and Cesc Fabregas for that matter, Chelsea don't have the intricacy to unlock stubborn defences. That will be a huge concern for Conte and one that perhaps Ross Barkley's arrival will change.

Before this game it would've been hard to find a Chelsea fan who didn't like Michy Batshuayi.

The striker is incredible likeable – he has an infectious smile and is very amusing on social media. It's why there has been huge desire to see him succeed at Stamford Bridge since he joined the club from Marseille.

However, he hasn't won over Conte during his 18 months at the club and after his display against Norwich, Blues fans have seemingly run out of patience with the Belgian.

His performance was simply not good enough against a side struggling in the Championship. Far too often Batshuayi was bullied out of possession and when he did have the ball, he often gave it away.

No Chelsea player that started the game had a worse passing accuracy than Batshuayi, he attempted 29 passes and completed just 65.5 percent of them. For context the second worse accurate passer was Davide Zappacosta who completed 75 percent.

Sadly Batshuayi doesn't look like ever making the grade at Chelsea. He could rightly claim he's never had a real opportunity to prove himself, but in the rare starts he's been afforded the 24-year-old has never convinced.

He lasted 73 minutes against Norwich before being hauled off and replaced by Álvaro Morata. There was a smattering of applause from the Chelsea travelling support but it seems the love he earned by scoring the goal which won the title has faded.