Group G is the richest group in World Cup qualifying with the Netherlands and Norway locked on six points each. Can either add a further three to that tally here? Find out with our Norway vs Netherlands match preview with free tips, predictions and odds mentioned along the way.

Norway vs Netherlands: Our top predictions

Netherlands to record what could prove a huge win

We kick off our predictions by backing Netherlands to win. They come into this match buoyed by a change of manager with Louis van Gaal taking over the reigns for the third time. Despite the recent change of gaffer, the Netherlands still have pretty reasonable form having won four of their last five games. Their away record isn't too bad either with one loss, a draw and three victories from their last five on the road. Norway meanwhile are enduring a tough spell at the moment; their last three home games have seen them lose to Greece and Turkey whilst the win in that trio of games was a narrow victory over Luxembourg.

Next up in our list of tips is an over 2.5 goals prediction. Norway have gone over 2.5 goals in three of their last five home matches with 12 goals seen in total; that's an average of 2.4 goals per game. That's obviously short of where we need it to be but the Netherlands stats stand up well with their last four away games all going north of 2.5 goals. Those four matches have served up 19 goals giving a staggering average of 4.8 goals per game. That more than makes up for an unconvincing Norway statistic and ensures the betting odds have real value to them.

Both teams will contribute to goal filled match

Our final prediction is that the Norway vs Netherlands match sees both teams find the back of the net. Norway have failed to find the net just once in their last 20 home matches. The Netherlands can't boast such a streak of scoring as that but they've hardly been feeble in front of goal either; they've netted 15 goals in their past five away games. Given the appointment of van Gaal, they'll be coming to Norway with the intention of leaving with three points; that means goals will be on the menu.

The best odds for Norway vs Netherlands

The big news heading into this match is obviously the third coming of Louis van Gaal as Netherlands head coach. The former Man United boss has a fantastic track record of getting results and with a squad that boasts Virgil Van Dijk at the back and Memphis Depay at the top it's completely feasible they give Norway a torrid time. That said, even with form not particularly convincing Norway aren't short of good players; Erling Haaland is one of the hottest prospects in world football right now and both teams will still feel like they can achieve qualification.

Final thoughts on Norway vs Netherlands 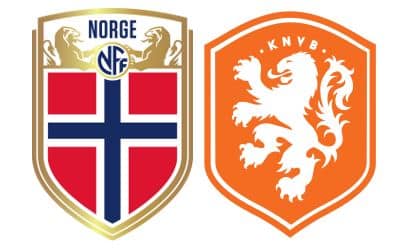