It's been a while since these two faced one another with their last meeting coming back in 2015. On that day, the two couldn't be separated. Will we see a winner this time round? Find out with our Northern Ireland vs Hungary match preview with free tips, predictions and odds mentioned along the way.

We've mentioned that Northern Ireland did not concede in their last five home games; we would also like to point out that their games have mostly been on the low-scoring side. Five of Northern Ireland's last seven games went below the 2.5 goal margin, with four of those games going under 1.5. In like manner, Hungary have had their fair share of low-scoring games; as three of their last five games went under 2.5. With all this in mind, we shouldn't expect a lot of goals in this match.

Northern Ireland vs Hungary: Let's look at the predicted lineups

Northern Ireland just about managed to see off Luxembourg last time out whilst Hungary suffered a bitter blow to Serbia. Will it be Northern Ireland's night or will Hungary bounce back from defeat to get a win?

Northern Ireland have enjoyed some good form recently; they are coming off a 3:1 win at Luxembourg, and are unbeaten in their last three games. Ian Baraclough's men will face Hungary in a friendly match on Tuesday; they'll hope to extend their unbeaten run to four games.

Hungary have had some mixed results lately; they have two wins, a draw and two losses in their last five games in all competitions. Marco Rossi's men are coming off a 1:0 loss against Serbia; they'll look to bounce back from that loss as they visit Northern Ireland.

A quickfire FAQ on Northern Ireland vs Hungary 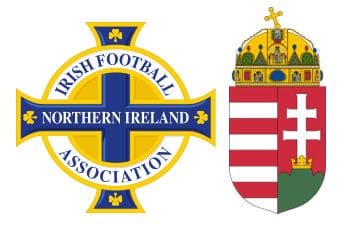