Oxford United will be traveling the 60 kilometers to Sixfields Stadium on Tuesday in a game hosted by Northampton. If you like yourself a wager, stay tuned for the top free betting tips about the game.

The odds are true at the time of writing but may alter without warning. Carefully check your betslip before finalizing your bet! Our recommended bookmaker for this match is Ladbrokes.

During the current campaign, when facing the bottom 5 teams, Oxford united has nothing but wins – 8 in total. On the other hand, Northampton has hosted 9 teams from the top half of the table so far this season. Excluding wins vs Portsmouth and Gillingham, they've lost 6 and drawn 1 at home. Statistically, this points to a clean Oxford victory.

After already going over Northampton’s troubling record vs the upper-ranked squads, we have to point out another fact. The Cobblers have failed to score in 7 of their home games, with the matches against Portsmouth and Gillingham again being an exception.

Ladbrokes' #GetAPrice bets often unique possibilities for the punter. Today's offering of under 1.5 goals in the first half, under 2.5 goals in the second half, and Either team to win, looks rather pleasing. League One games aren't known for their fast-pace, and this is exactly the type of game that will lose this wager. The odds of 6/5 provide a decent payout too.

Check out the latest odds, compare them, and make the correct call.

Northampton vs Oxford United: Fighting relegation and battling for promotion

To have a deeper understanding of this match, we have to take a step back and evaluate both squads’ season so far, and where they are headed.

Bad weather is storming above Northampton Town. The Cobblers are sitting at the 22nd spot and might be headed back to League Two. Jon Brady's side seems like it still can't cope with League One, and unless they manage to get a handful of wins in the remaining 10 rounds, relegation will come. This match is of great importance for Northampton's ambitions of survival.

On the other hand, Oxford United sitting at 11th spot have a gutshot at promotion. They are just 3 points away from the Play-off zone, which can be a ticket to the Championship. The Us will also step into this game thirsty for points, so be sure to expect a fierce battle between these two League One clubs! 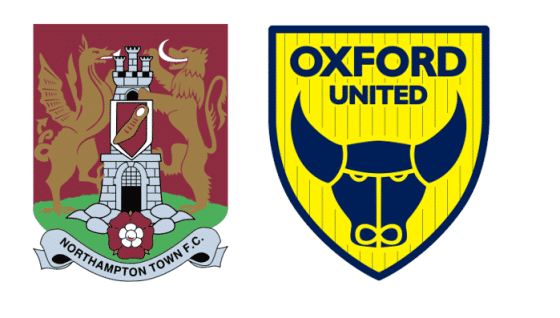