FW Predictions for Norrkoping vs Malmo

Norrkoping will be hoping to make the most of their home advantage this weekend when they entertain expected title challengers, Malmo. The visitors have a midweek Champions League qualifier to negotiate before they can turn their full attention to Norrkoping, something the home side will be aiming to use to their advantage.

Four of the last six league meetings between these two clubs have ended in stalemates, including the duo's last encounter. Norrkoping have seen four of their last five competitive and non-competitive matches end in draws and Malmo have only lost one of their last six fixtures, so you can see why we're backing this game to end all square on Saturday.

There is a decent chance that we will be treated to goals at both ends of the pitch this weekend as five of the last six encounters between Norrkoping and Malmo have ended the very same way. Both teams have also found the back of the net in four of Norrkoping's and three of Malmo's last five outings in all competitions, adding further weight to our prediction for this weekend's clash in the Allsvenskan.

Norrkoping vs Malmo: The Latest Stats and Markets

Norrkoping hoping to move into the top half with a win

Norrkoping had to make the trip to Degerfors last weekend and started the game really brightly, going a goal up in the 6th-minute through Agardius after good work from Levi. Norrkoping went in at the break a goal to the good and looked like they were going to secure a narrow win as the time ticked away. However, Degerfors mustered one last attack deep into stoppage-time and Salmon forced the ball home to salvage a point for the home side.

Malmo were the big favourites to beat Varberg at home last time out, and the hosts lived up to the hype. A penalty deep into first-half stoppage-time from Berget put Malmo in front at the interval and in the 64th-minute, Christiansen doubled their advantage as Berget turned provider. Malmo sealed the 3pts in the 87th-minute when Birmancevic scored to make the final scoreline 3-0.

Norrkoping: the hosts have a clean bill of health and no suspended players this weekend.

Malmo: Oscar Lewicki and Adi Nalic have injuries that will keep them out of the trip to Norrkoping. 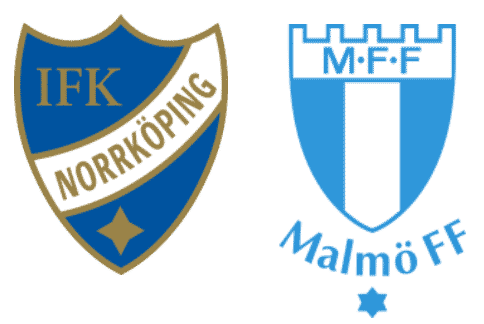