Norrkoping will be hoping to make the most of their home advantage this weekend to secure all 3pts that could take them into the top four. Visiting Elfsborg sit a point clear of their hosts and have a better goal difference, so could prove to be a tricky opponent on Sunday.

We're backing a home win for Norrkoping as the hosts won their last game against Elfsborg at this very stadium last year. Norrkoping have also picked up 7pts from their last three home games, beating Sundsvall 5-1, Varnamo 2-0 and drawing 1-1 with high-flying Hacken, while Elfsborg have lost two of their last three away trips, including a 2-0 defeat at Sirious and a 1-0 loss against Helsingborg.

Norrkoping vs Elfsborg: All the latest stats

Norrkoping would leapfrog Elfsborh with a win

Norrkoping made the trip to high-flying Hammarby last time out and ended up on the end of a convincing defeat. Bojanic put the home side in front in the 32nd-minute and doubled his and his team's advantage just after the hour mark. Selmani added a third to end any faint hopes of a Norrkoping comeback in the 71st-minute to make the final scoreline 3-0. That result leaves Norrkoping sitting 10th in the table after 9-games but with a goal difference of +2.

Elfsborg put in a top performance in their last match at home to Goteborg, running out 3-1 winners in the end. Frick opened the scoring for the hosts after just 9-minutes but Berg fired the visitors back onto level terms 10-minutes before the break. Elfsborg responded well, going back in front a minute before the interval via Larsson. The next goal was always going to prove crucial to the end result and Zanden scored it for Elfsborg in the 55th-minute to make it 3-1.

IFK Norrkoping: Kristoffer Khazeni is the main injury concern for the hosts.

Elfsborg: Gustav Henriksson could miss the trip to Norrkoping due to a shoulder injury.

Your Questions ahead of Norrkoping vs Elfsborg 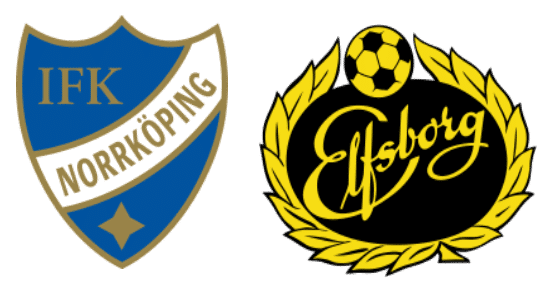