The promised land of the Premier League must seem like a distant dream to players in non-league football.

Many ply their trade in front of predominantly three- and four-figure crowds for relatively modest wages; playing more for the love of the game than any real hope of becoming the next Neymar or Lionel Messi.

But while this may be the reality for numerous journeymen throughout the lower leagues, there are always exceptions to the rule. England’s top flight clubs have the financial resources and scouting networks to hoover up the vast majority of the country’s talented youngsters, but some still slip through the net and end up in the lower reaches of the professional and semi-professional game.

Jamie Vardy is the poster boy for those claiming there is a pool of untapped talent outside of the top four divisions, after a meteoric rise from Stocksbridge Park Steels and Halifax Town to winning the top flight title and representing England. But who will be the next non-league star to join him in the upper echelons of the game?

Whether it’s prodigious young prospects or late developers who are finally hitting their stride, there are a number of non-league players who could make it all the way to the top, if they continue to impress during the coming season…

Carter was one of the few positives to emerge from Chesterfield last season, a campaign in which the Spireites struggled to match expectations and spent much of 2018/19 in the lower reaches of the Vanarama National League table.

The midfielder struck four times in 20 appearances for the Derbyshire-based side, before ankle surgery and a subsequent infection saw him miss a large chunk of the campaign.

As a result, Chesterfield fans only really saw glimpses of the form that led former manager Martin Allen to sign Carter from Woking last summer.

The 22-year-old scored 13 times in 2017/18 despite playing in a side that was relegated to the Vanarama National League South, and will be looking to recapture that goalscoring touch next season.

Current manager John Sheridan has spoken about how Carter needs to have a good pre-season and focus on his fitness, if he can go into this campaign in peak condition then Chesterfield will have one of the division’s most talented midfielders on their hands. 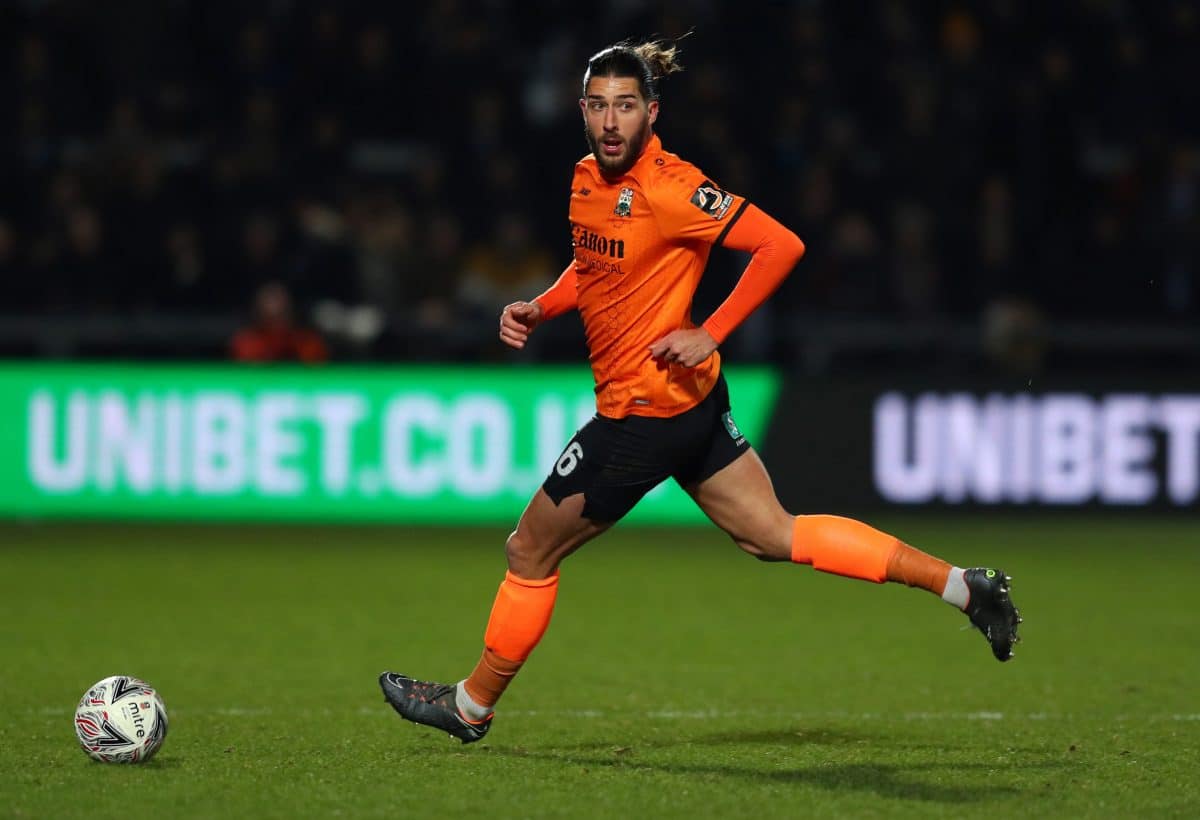 Barnet’s academy system is producing hot prospects at an astounding rate, and any one of a number of potential stars could go on to play much higher up the pyramid.

Ireland Under-21 playmaker Jack Taylor, speed merchant Ephron Mason-Clark and the currently out-of-contract Wes Fonguck were three of the best youngsters to play at The Hive last season, while recent academy graduates Martyn Box and Antonis Vasiliou will be hoping to make an impact in 2019/20.

But the most talented individual at The Hive is a more experienced professional – 25-year-old centre-back Dan Sweeney, who has benefitted from a change of position to become an intrinsic part of head coach Darren Currie’s side.

The 6ft 3ins colossus was converted from a central midfielder to a defender by former boss Graham Westley in 2017/18 and his career was instantly transformed in the process.

Having previously only played at semi-professional level (Kingstonian, Dulwich Hamlet and Maidstone United) and struggled since arriving at Barnet, Sweeney excelled in his new role as a ball playing centre-back and looks well equipped to play for a bigger club than the Bees.

If he can cut out the occasional mistakes and lapses of concentration in his game then Sweeney could undoubtedly be a name to watch out for in the future.

Kioso is another player to have made the step up from semi-professional football to one of the more well-supported Vanarama National League clubs when he signed for Hartlepool United at the beginning of last season.

The 20-year-old impressed on trial at Victoria Road after a spell with minnows Dunstable Town and has made the right-back slot his own after a string of standout performances over the last year.

Prior to his dismissal as Pools’ manager, Matthew Bates was full of praise for Kioso:

“He has taken to playing here like a duck does to water. Nothing fazes him. He is one of those players who just gets on with things. He is 20 going on 29,” he told the Hartlepool Mail.

“Because of the mentality he has got, if he keeps doing what he is doing he will have a big future in the game.”

With 39 league matches already under his belt, Kioso is going from strength to strength. After being released by MK Dons as a youngster, it would be no surprise if he made a return to that level in the near future.

When Ian Baraclough announced his Northern Ireland Under-21 squad for matches against Bulgaria and Mexico back in March, there was only one non-league player called up to represent his country: Maidenhead United striker Josh Kelly.

It was a fitting reward for the 20-year-old after an impressive breakout season that saw him step up to the Maidenhead first team and score six times in 22 starts, including a wonderfully well-taken solo goal against Eastleigh that went viral on social media.

It’s perhaps no surprise that Kelly has excelled at Vanarama National League level after enjoying a 40-goal season on loan at Walton Casuals in 2017/18, and his combination of pace and technical skills will surely have caught the eye of observers higher up the footballing food chain.

Chelsea were rumoured to be scouting Kelly back in 2017 and if he can improve his goal tally next season then the young forward could be set to step back into the professional game sooner rather than later.