After England’s dismal showing at Euro 2016, many may be disheartened to hear that football is taking a break from the domestic campaign at the weekend.

The Three Lions open their World Cup 2018 qualifying campaign in Slovakia on Sunday – just 11 weeks since the countries shared a dire stalemate in Saint-Etienne. But even with new boss Sam Allardyce in situ, the fixture will not replace the excitement of the regular domestic season, of which we have had just a teasing glimpse.

But there is an alternative. Set up in 2010 by QPR and Ryman League Premier Division (tier seven) club Harrow Borough supporter James Doe, Non-League Day (NLD) has rapidly expanded to become a large annual event, always scheduled to coincide with the international break.

Speaking exclusively to Football Whispers, James said that the inspiration behind the project came after a trip back to his own local club. He said: “I went back to Harrow Borough – the club I had followed as a teenager – and they were raising funds for new floodlight bulbs.

“I was particularly struck by this, thinking that such a cost would be fairly routine. At that moment I realised that there must have been lots of other clubs in a similar position, given the poor financial climate that everyone was experiencing at the time, and that something should be done.”

Noticing that the international break would mean large numbers of supporters without a weekend game to go to, James launched the campaign via Facebook and the rest, as they say, is history.

The 40,000 semi-professional and amateur clubs in the UK offer incentives to increase attendances on NLD with ideas such as ‘pay what you want’ and offering season ticket holders from any sport a chance to gain entry for just £5.

James explained that NLD is not just about giving fans their football fix, either – a proportion of the profits from the day go directly to designated charity Prostate Cancer UK. But the work done by clubs outside of the Football League does not stop there. 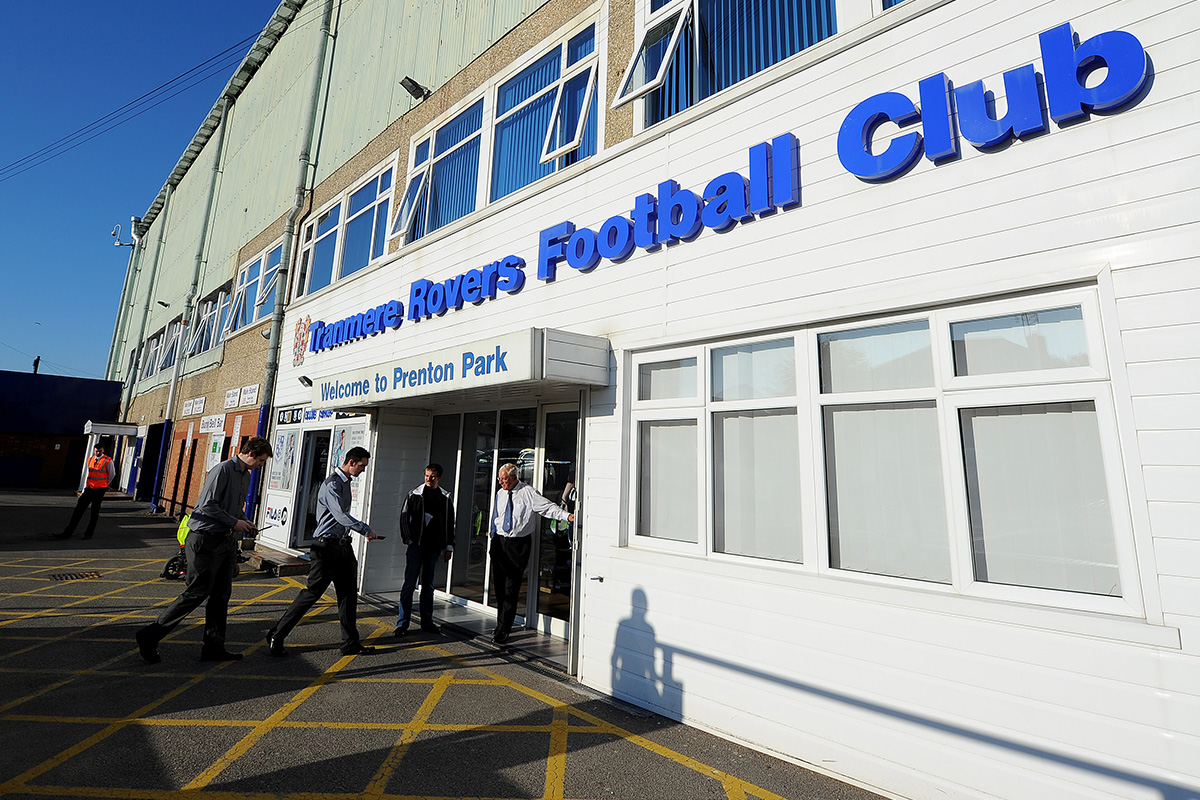 While relegated Football League sides still command relatively large crowds – Tranmere Rovers, for example, attracted a crowd of over 4,500 for their latest National League fixture against Guiseley – they continue to be plagued by significant overheads inherited from their time in the Football League.

Of course, many teams further down the English football pyramid welcome crowds of less than 100, but none of these teams could function without a loyal band of volunteers, all working to keep their club in existence. This ethos creates a cohesion that is inconceivable on a larger scale, and the benefits are felt by the wider community as a whole.

Social inclusion is vital to no end of teams as they work with their local area to make football accessible to all. The fans of Essex Senior League (tier nine) club Clapton FC, dubbed the Clapton Ultras, have become famous for their flares and intense atmosphere, demonstrating their anti-fascist principles by working with disengaged communities. Distributing information locally on immigration rights, these supporters have also set up food bank collections at the stadium for asylum seeker and refugee families with no income.

The Forest Gate-based club has seen attendances rise from an average of 28 to a season's-high 385, as they spread their message against racism and homophobia. They are not alone, Concord Rangers of the National League South (tier six), for example, drive elderly and infirm fans to home matches on the team bus. Meanwhile, North East clubs champion a campaign to ‘Help Frankie Sherwood’ – a North Tyneside toddler battling an aggressive childhood cancer.

On the pitch, there really is something for everyone this weekend. There is the choice of a game at a former Football League club, perhaps Macclesfield Town vs Woking in Saturday's National League fixture?

Why not get closer to the action in the eighth tier with a smaller pack of passionate supporters – how does Royston Town vs Bedford Town in the Evo-Stik Southern Division 1 Central float your boat?

This year's NLD also falls on a FA Cup weekend. The two preliminary rounds have already been completed, so Cup fans will have the chance to see where it all begins in the First Round Qualifying.

The oldest association football competition in the world – founded in 1871 – is open all ten levels of the league system. With no less than six rounds of qualifying to reach the first round proper, it is easy to see where the term ‘magic of the cup’ is gleaned. 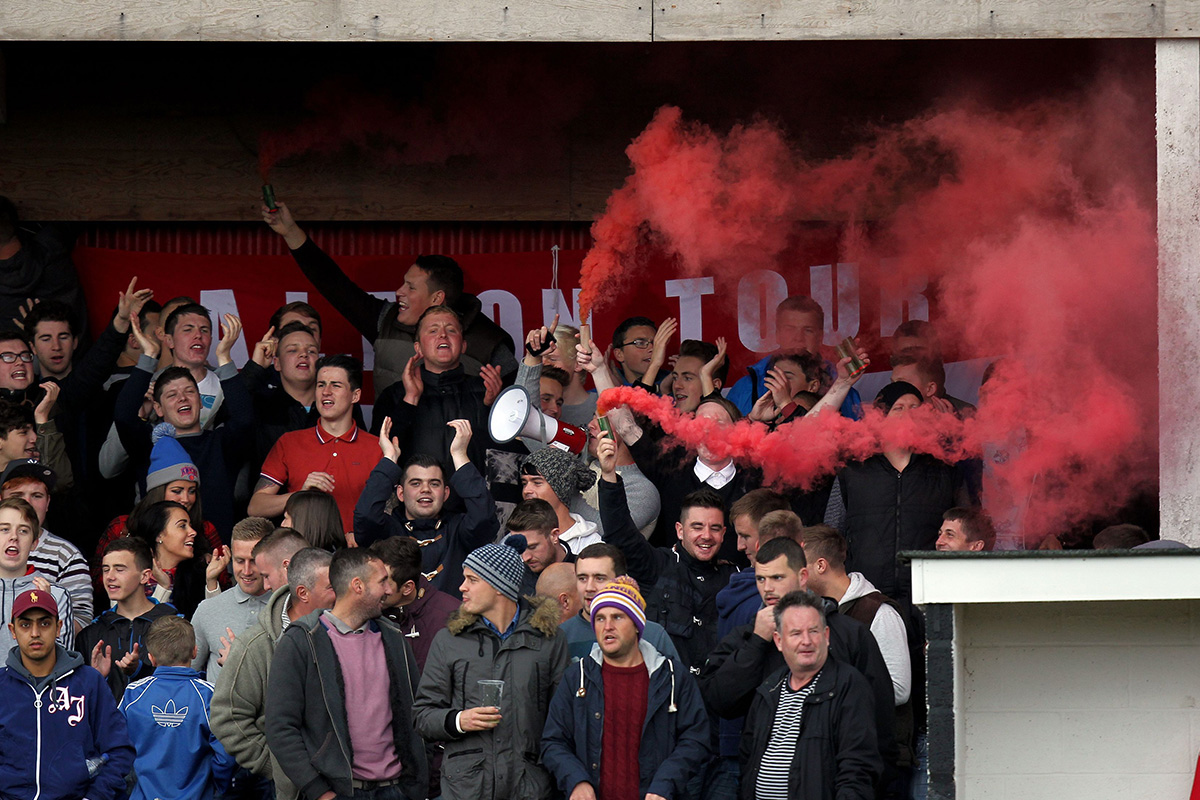 Although the prize money is far removed from the £1.8 million awarded to the winners, clubs can be given a vital boost from progression through the early rounds. In 2007/08 Chasetown, a team playing in the Southern League Division 1, became the lowest ranked team to have ever played in the Third Round proper – going down 3-1 to eventual winners Cardiff City, they raked in £60,000 in prize money nonetheless.

It is no surprise given that bonus income that the club won promotion to tier seven of the Non-League game for the first time in their history just two years later.

Just as the early rounds of the FA Cup feed into the latter part of the competition that is so familiar to us all, grassroots football is slowly feeding the national team. While the problems for England at Euro 2016 were multi-faceted, a system which breeds homegrown players is of vital importance for future development. This has been highlighted by Jamie Vardy, making the move straight from Non-League to the Championship after he finished top goalscorer for Fleetwood Town in 2011/12; netting 31 times.

His selection for England – along with a recent call-up for West Ham’s Michail Antonio, who began his career with Tooting and Mitcham United – highlight why we must not overlook the importance of the Non-League pyramid as a vital resource for English football as a whole.

In desperate need of support, there are small clubs who have offered unusual perks to draw crowds on precious NLDs – Walsham-Le-Willows FC in Suffolk gave out half a dozen eggs to the first 50 supporters through the turnstiles on 10 October last year.

Meanwhile, Bungay Town (Anglian Combination Division 1) famously gave out mushrooms to fans in their match with Martham. While these ideas emphasise the quirkiness that makes the Non-League so unique, there is a deeper underlying point to be reflected upon here.

The serious – and not-so-serious – incentives being offered on NLD highlight the fact that clubs are desperate for support in order not only to survive, but to continue their stellar work in the community. The Premier League has much to offer in terms of star players and coaches, but watching football at both higher and lower level doesn’t have to be mutually exclusive.

NLD creator James added that his aim is for the day to become a firm footballing fixture: “My hope is that NLD can become a fully established part of the sporting calendar of this country. To do that we need to develop our existing ties with the FA and Premier League to make the day more official – it’s a goal we’ve held for a long time and we are getting there.”

Looking to the future, he added that he would like to see the idea rolled out overseas too. He said: “At the moment, it’s overwhelmingly an English event but we happily welcome clubs from anywhere else within the UK and abroad to take part. This year, for the first time, we have a team from the Netherlands so hopefully it will go well for them and others will follow.”

Non-League Day is an excellent idea to entice people into the world of football, perhaps for the first time. But in order to thrive it also needs regular attendees. Altered kick-off times allow fans of the Premier League to seek out a local club that needs their support at 3pm on a Saturday afternoon, that will offer them a completely different experience. The continuation of our proud English game is counting on it.

To find out more about Non-League Day 2016 visit the official website – which includes a ‘Find a Match’ option in order to locate your nearest club… just in case it's been a while since your last visit.

To lend your support to the Help Frankie Sherwood campaign visit the official Facebook page or donate via the GoFundMe site.