It became apparent fairly early on in the 2016/17 season that Celtic had history in their sights. From pretty much the first fixture of the campaign the possibility of an unbeaten season, coupled with a Treble, was raised in the East End of Glasgow. And Brendan Rodgers’ side followed through on that prospect, emphatically.

Now, Celtic find themselves on the brink of an unprecedented generation of Scottish football domination. The club that already has six successive championships under their arm is now targeting a symbolic 10 in a row. Indeed, their is no sign that their dominance will come to an end any time soon.

Everything at Celtic Park is now geared towards Europe. The ticker-tape on the Hoops’ Scottish Cup final win over Aberdeen, their final triumph of the Treble, had barely settled when Rodgers set out the ambition for the following season – progress into the last 16 of the Champions League.

“We would like to be in Europe for the second part of the season, whatever competition that’s in, and that’s a huge, huge ask for a club like ourselves,” he said.

The signings made this summer will go a long way to determining whether Celtic can achieve that target, with Republic of Ireland winger Jonny Hayes already signed from Aberdeen. But while continental competition is where Rodgers will place a lot of emphasis, there is still a point to be proved domestically.

Celtic’s players will surely want to underline that last season’s success wasn’t a one off. That rather than being a glorious anomaly, it was an illustration of their supremacy. This is something echoed by Scott Sinclair, who has just come off the back of the most productive season of his career so far.

“I'd like to think so,” Sinclair replied when asked whether Celtic could possibly go another domestic season without losing a single game. “When we go into these games we'll be looking to do exactly the same as we did last year. I think we're much stronger now. Throughout last year, game by game I thought we improved dramatically from the start to the finish. 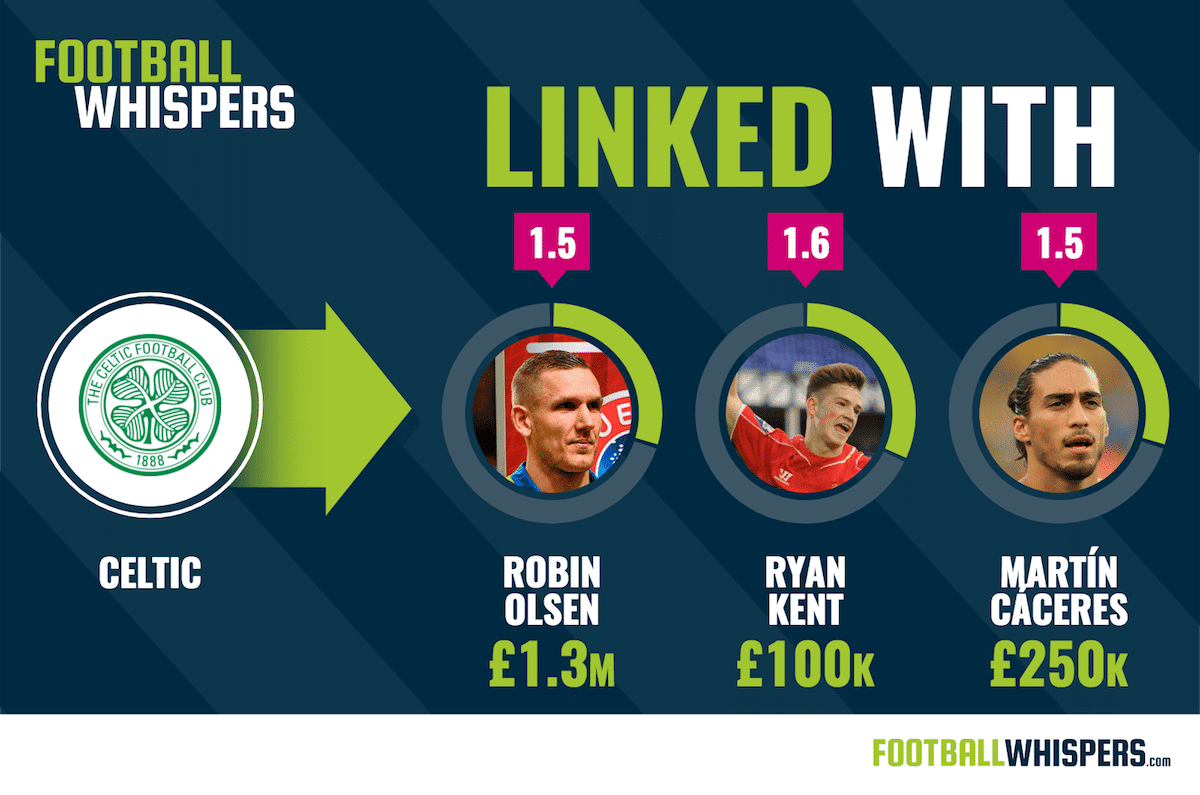 That much is true. Celtic will play with a giant target on their backs this coming, but is that really any different to the way it was last season, when opposition sides had the prospect of ending their unbeaten run as a golden carrot? Players need a certain mindset and mentality to succeed at a club like Celtic, where the pressure is always on.

In fact, there’s more reason to believe Celtic will get even better than get any worse beyond this summer. There’s a growing feeling that they will be able to keep hold of their best players this summer, with the exception of Patrick Roberts who has returned to parent club Manchester City after 18 months on loan. Moussa Dembélé and Kieran Tierney are, as things stand, expected to remain in Glasgow.

Their preparations will be better this season than last. There won’t be such a rush to bring in players, instead focussing their transfer market efforts on one or two targets who will significantly improve their squad. With the core of the team already in place, Rodgers will have more time to coach the best out of his players.

It’s worth remembering how it took some time for Celtic to settle into a rhythm under Rodgers. Look at the team that started the Champions League play-off qualifier against Hapoel Be’er Sheva last August and how it differed to the team the Northern Irishman eventually settled on later in the campaign.

Youngster Eoighan O’Connell started that game at centre back, with Leigh Griffiths favoured over Dembélé up front.

Of course, Griffiths bagged a brace in the win over the Israelis, but he was soon superseded by Dembélé, now considered the most valuable player in the Celtic line-up. Saidy Janko even came on for the final 25 minutes. He’s not even at the club any longer.

The point could be made that in order to boost their European prospects, Rodgers will have to make better use of his squad’s depth domestically, perhaps making the possibility of another unbeaten domestic season unlikely.

But with Aberdeen rebuilding and Rangers doing some reconstruction of their own, the competition could fall away even further. Beating Celtic could prove just as impossible.