The 2017 summer transfer window had been pegged as a missed opportunity for Liverpool after securing Champions League football.

The Reds went into the final day of August with £200million to spend according to reports but weren’t able to convince Southampton to part ways with Virgil van Dijk and a late offer for Thomas Lemar was rejected by Monaco.

Despite their best efforts to bring Naby Keïta to Anfield in the summer months they had to settle for a deal which would see the versatile midfielder swap RB Leipzig for Merseyside in the summer of 2018.

The window, which began with such promise, seemed to fizzle out.

However, the signing of Mohamed Salah was lauded as value for money. The Egyptian may have broken the club’s transfer record when he signed from Roma for £39million but given how transfer fees spiralled as the window dragged on, it’s safe to say his value now would be almost double that.

His arrival addressed the over reliance Jürgen Klopp’s side had on Sadio Mané but the need for a 20-goal-a-season striker was again ignored.

Roberto Firmino does an admirable job leading the line and his work rate is unparalleled but his goal return of 21 league strikes in two full seasons doesn’t paint him as a reliable goal threat.

And with the likes of Alexandre Lacazette, Andrea Belotti and Álvaro Morata all up for grabs it seemed like an ideal opportunity for the Reds to sign that clinical striker; the final piece of the puzzle.

Those at Anfield, however, resisted the urge to splurge £70million on a true No.9. Klopp was instead again banking on his forward line, Philippe Coutinho, Mané, Firmino and Salah, sharing the goals.

The former Borussia Dortmund manager has been justified in his decision to do just that. In early December, Liverpool are sitting in fourth position having scored 33 goals in their 15 matches – only the two Manchester clubs have scored more goals than the Reds.

Salah has been responsible for 12 of those 33 strikes.  No other player has mmore Premier League goals than Liverpool’s number 11 this term.

He's above the likes of Romelu Lukaku and Morata. Two of those moved in the summer for deals reportedly in the region of £70million plus.

Salah arrived as a wide forward, operating on the right side of the attack with many expecting him to cut inside like Mané did last season. But Klopp had other ideas and over recent weeks it's become prevalent that Salah is playing in central areas.

He's been playing as a striker alongside Firmino but it's gone under the radar because he's not been starting there. 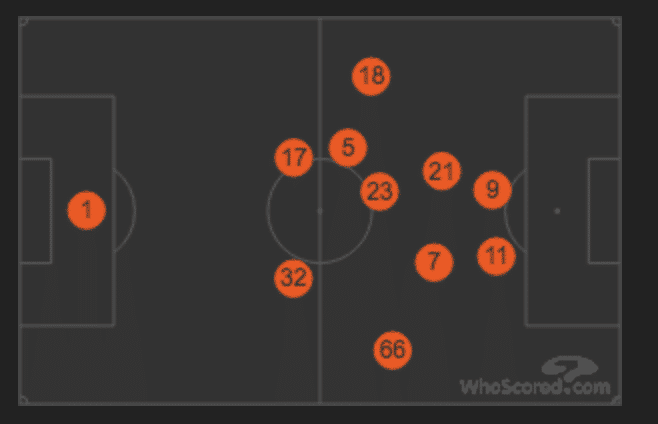 In the graphic above, via whoscored.com, you see Liverpool's average position when in possession against Maribor. Salah (11) is right up beside Firmino (9) with James Milner (7) and Alex Oxlade-Chamberlain (21) the supporting cast behind the pair.

While it morphed into that shape as the game went on in the Champions League, it was obvious from the off against West Ham United and there was no mistaking it as you can see in the graphic below. 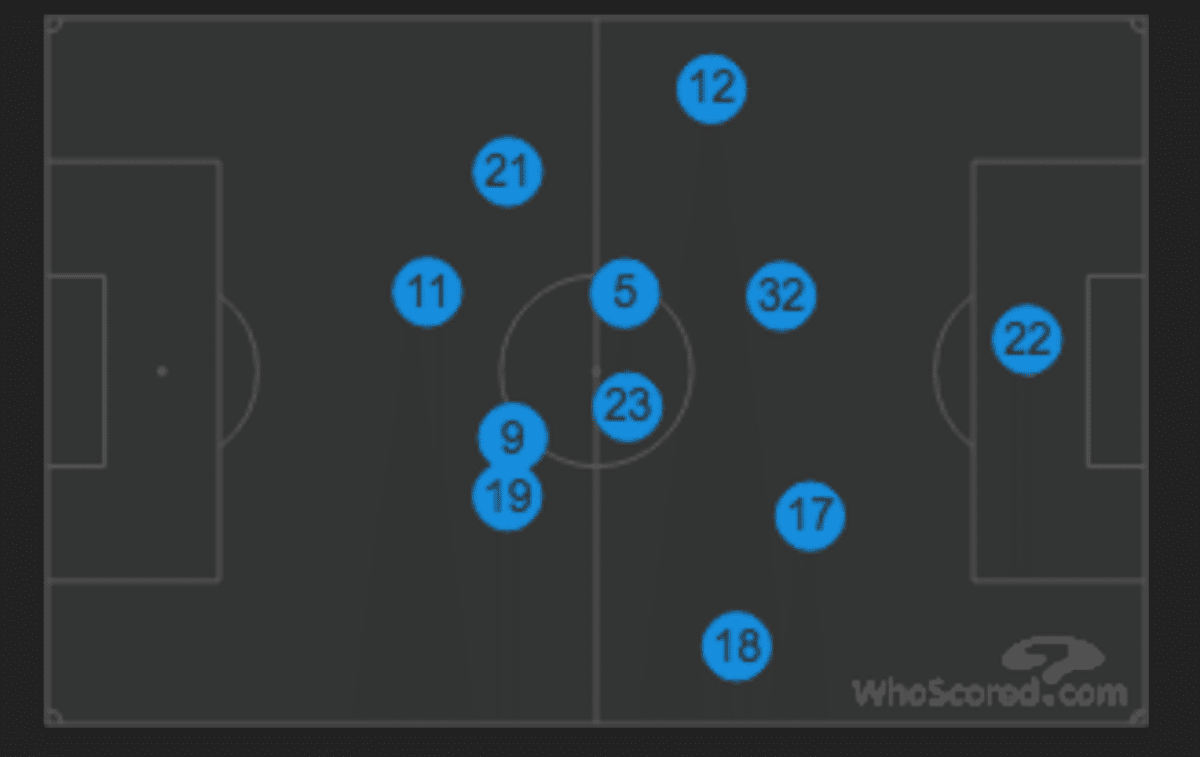 Salah was playing in a two with Firmino. He responded by scoring two goals in a 4-1 rout. Klopp stripped back his responsibilities elsewhere. He was still putting in a defensive shift and was heavily involved in the counter press but he wasn't tasked with being as creative as he had been in previous matches.

He attempted just the one dribble, had three shots and played 29 passes throughout – all down on his season averages. Klopp instead made the most of his pace in a central area to occupy two, and at times all three of the West Ham backline.

He'd occasionally drop deep to receive the ball but was always looking to play on the shoulder of the last man to stretch the play and open up space for Mané, Firmino and Oxlade-Chamberlain in behind.

Though the four attackers were interchangeable, it was Salah who was frequently the one leading the line. It came as a surprise to many with the general consensus from fans being it would be Mané utilised in such a role if Klopp ever went down that route.

Of the two it's Senegalese winger who appears to be more ruthless when in the penalty area. After all, Salah has felt the ire of a frustrated fan base from time to time this season after a number of missed ‘sitters' in matches Liverpool have resulted in dropped points.

Yet if you look at the difficulty of these opportunities it's clear they're not as easy as first viewing. Expected goals (xG) is a method for judging the quality of chances that a team creates. In the long run it reveals whether the way a team/player is performing is sustainable.

If a player is continually missing easy chances then their xG would be higher than their actual goal tally for the season. But Salah, accused of being wasteful, is actually over performing his xG  in the league since his move to Liverpool, as he is with his expected assists (xA).

His xG is 9.16, with the Egyptian already scoring 12 and he's 0.25 up on his xA of 2.75 The former Roma man is averaging a goal every 94 minutes and with 2070 minutes of the Premier League season still left to play, he could bag another 20 goals if he continues on scoring at this rate.

That would take his tally to 32 for the season. For context, Kane's best return in a single season is 29 Premier League goals and that's when he's taking penalties.

It really puts Salah's record to date into perspective. Of course, it's all theoretical but the 25-year-old has showed no signs of slowing down anytime soon. He's got a knack of scoring even when he's not playing well and it's why he's perhaps Liverpool's greatest threat.

Liverpool fans didn't realise it at the time but the club didn't miss their opportunity during the summer window to bag themselves a 20-goal-a-season striker. In Salah, they pulled off one of the signings of the summer.