While the top two in the Championship now seem all but assured of automatic promotion, and Huddersfield Town, Reading and Leeds United look to be in a strong position for a playoff spot, albeit less so in the case of the latter, that all important sixth place is certainly still up for grabs.

Sheffield Wednesday have choked under pressure of late, allowing Fulham the chance to close the gap, while Preston North End can't be written off just yet either. If the season were just two or three weeks longer, however, there's a decent chance Aston Villa could have completed a seemingly impossible comeback.

Steve Bruce's men have all but certainly left it too late, but there's little doubt they are the form team in the division right now. Their last eight games have heralded 21 points, and in that time they've conceded just once. Indeed, each of their last seven victories have come with a clean sheet, which is title-winning form let alone that of a team hoping to scrape into the top six. They've earned five more points than any other side in that run. 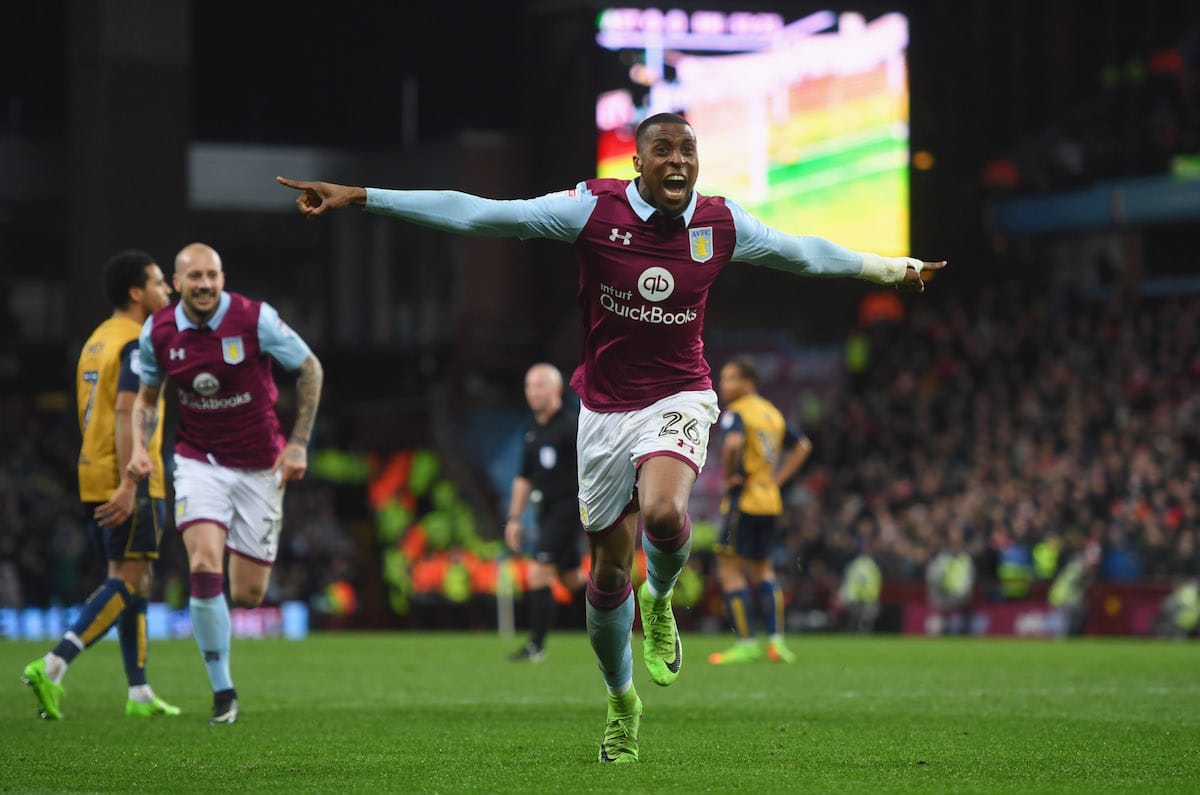 In reality their recent form is closer to what the Villa fans would have expected, and understandably so. New owner Tony Xia put his money where his mouth is to give Roberto Di Matteo the best chance of success and has since done the same with his replacement in January.

However, while they have never come within touching distance of the playoffs following a woeful start to the campaign, it was an even worse start to the calendar year that has cost the club the chance of an immediate top-flight return. 2017 has been a year of polarising fortunes after all.

Villa began it with a defeat at Cardiff City that marked the start of a string of eight matches without a win, earning a solitary point having thrown away a two-goal lead against Preston. Steve Bruce was unsurprisingly being tipped to lose his job, with confidence low and performances questioned. The former promotion hopefuls dropped 22 points off of a playoff place to 17th, just six points above the relegation zone.

The manager cited poor finishing as the main reason for the rapid decline in results, as well as bemoaning the exact opposite from Villa's opposition, whomever it may be. The turnaround since has certainly backed up Bruce's assertions. They are now 11th but have closed the gap to sixth by 13 points in eight games.

That's despite the fact that Villa's statistics in terms of general play have actually been pretty dire in their recent resurgence. Figures for both possession – from 49% to 41% – and pass accuracy – from 69% to an undeniably terrible 62% – have dropped off substantially from their horrific eight-game start to the year. While Bruce insists that he is trying to encourage a more attractive approach, this relatively gruesome one is somehow working for now.

Villa fans were under no illusions that Bruce's appointment would bring vibrant attacking football but the assurance was that it would bring results. After an absolutely disastrous run the former Birmingham City boss, who has won promotion from the Championship with both the Blues and Hull City, is now doing that. 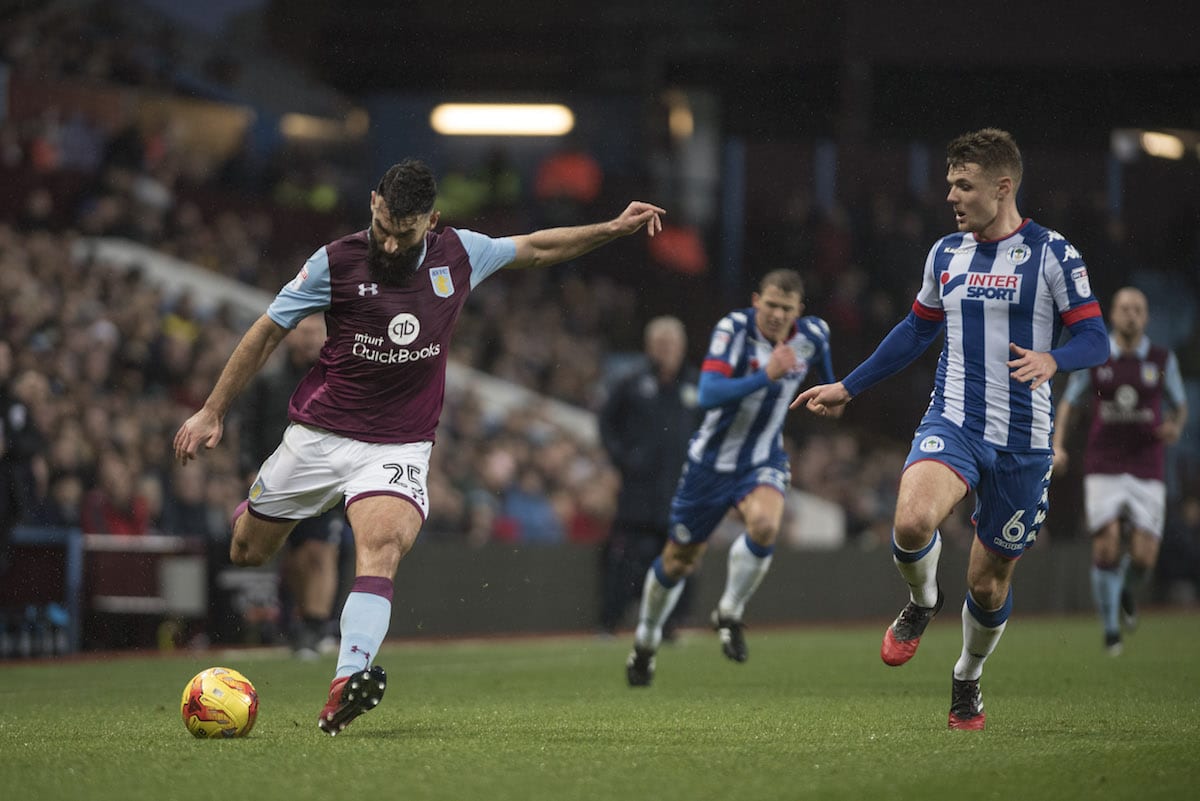 READ MORE: WHY SCOTT HOGAN CAN BE THE MAN TO FIRE VILLA BACK TO THE PREMIER LEAGUE

The driving force behind the recent success has been three-fold. James Chester is a Premier League quality centre-back Bruce trusts from his days at the KC Stadium while Mile Jedinak has been an inspired acquisition – despite both arriving before under the previous management. The team aren't anywhere near as efficient without the Australian and look completely clueless from an organisational sense in his absence, winning just one of 11 games without his presence in the middle ground compared 14 of 19 when he has started.

Then comes Jonathan Kodjia – or Jimmy Danger as he's come to he known by the fans – who is the difference maker that any promotion hopeful requires.

It was no coincidence that the striker's departure for the African Cup of Nations coincided with Villa's demise at the start of the year. His team play, or lack thereof at times, can frustrate. But he's delighted the Villa Park faithful far more often. His 18 goals equate to 43% of the team's total tally after all. Again, Villa's figure for shots on target in the last eight games (three per game) has dropped from the eight games previous (4.4), with Kodjia all but single handedly responsible for their vastly improved conversion rate.

His goals have invariably been decisive in matches too and, while it seems somewhat bizarre he hasn't been linked to a Premier League club, Villa are ironically now thankful that he isn't young and he cost so much. They'd surely demand close to double the £15m they paid and there aren't too many teams who'd stump up that kind of cash for a 27-year old yet to prove himself in the Premier League.

If Kodjia stays as expected, both at the club and free of injury, there will be no excuse if Villa don't go up next year. Their current squad should have been fighting for the top two this season. Next time around that needs to be the case and with a settled and strong spine in place where Villa became so weak following the departures of Fabian Delph and Christian Benteke, surely it will?