Gernot Rohr ensured Nigeria claimed the top spot in their African Cup of Nation group and is aiming for a similar feat in their 2022 World Cup qualifiers. They have a perfect record in their two outings thus far but cannot undermine the visiting delegation from the Central African Republic.

Here are our predictions for Nigeria vs Central African Republic.

With pole position in the African Cup of Nations in their bag, Nigeria gave underwhelming performances in three successive international engagements, going winless in the process. However, when the stakes got high in the 2022 FIFA World Cup qualifiers, they have responded with wins. They have the pole position in Group C and should extend their lead as minnows Central African Republic pay them a visit.

The Super Eagles outmuscled Cape Verde on their trip to the islands as an own goal allowed them to claim the three points on offer. A similar result this Thursday will not faze them as the emphasis is on the points and not the manner. This adds confidence in Nigeria getting through the points after four goals in five outings, three more than their rivals. Expect this fixture to conclude with an Under 2.5 total goals.

The last two outings for Nigeria saw them put their goalless outings against Cameroon and Mexico in the rearview mirror. They have scored four in their two qualifiers and should add to their tally against the Central African Republic. Even if that prediction does not come true, one this is for certain that the Super Eagles will shut out the Wild Beasts, who have only scored once in their last five fixtures.

Nigeria vs the Central African Republic: Check out the best odds and the latest stats

Gernot Rohr will be pleased with his charges discipline and resolve. They are on course to replicate the success of their AFCON group stages performances. Two matches and two wins. Liberia and Cape Verdi Islands have folded in front of them and we expect a similar fortune for the Central African Republic. They will feel confident in their scoring abilities as their rivals have conceded ten goals in their last five fixtures.

The pressure is definitely mounting on Raoul Savoy in the CAR dugout. Not only are the Wild Beasts winless in their last nine outings, but they have also struggled to score whilst conceding goals twenty goals in this process. Had Nigeria been in the same rut after the culmination of the AFCON group stages, they would have felt confident in their chances in their first competitive appearance. 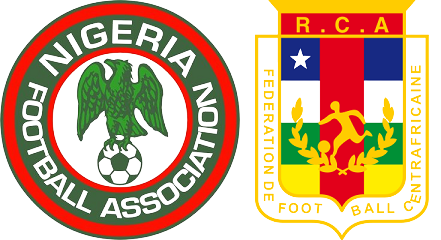 Where is the game being televised? TV3 Sport and Viaplay.

Where is the game being played? Teslim Balogun Stadium (Lagos).