Niger lost 6-1 to Algeria in the first leg of Group A CAF World Cup qualifiers. Can they make the most of home advantage to overturn the massive defeat? Find out how we are tipping these teams to perform against each other in this match preview.

Our Best Free Predictions for Niger vs Algeria

Algeria is at the top of Group A with seven points. Winning this fixture will ensure they widen the gap beyond goal difference with second-placed Burkina Faso with which the visitors have a point tie. The following are our best three predictions for this game:

We are backing Algeria to complete the double against Niger in Group A of CAF World Cup qualifiers. Technically, this should be an easy fixture for the visitors. They bagged an emphatic 6-1 victory against the hosts in the first leg. Another victory for Algeria looks good on the books.

The last meeting between these teams ended with more than six goals. The hosts have a troubled defence that has leaked ten goals, six of which were against Algeria. Other the other hand, Algeria has scored 15 goals in three games. More than two goals are, therefore, a good bet on this match.

Despite scoring in two of the first three games, we think Niger will struggle to find the net against Algeria. The hosts scored five in three games while Algeria has 15 goals in as many games. The visitors are undoubtedly the better side in this match and we think they will win it with a clean sheet.

The Best Odds from Top UK Bookmakers for Niger vs Algeria

For the best odds, team stats and history, we have summarized in the tables below.

Match Preview: Will Niger Survive a Second Onslaught Against Algeria?

Niger is the underdog in this fixture. It is a question of whether they can stand against the visitors to get all points or at least a draw in the second meeting of the competition. Losing 6-1 to Algeria in the last meeting was at worst humiliating, something that will still be fresh on their minds four days later. A leaking defence has caused Niger 10 tens while only five have been scored in three games. For Algeria, winning the first leg set the pace for this meeting. Another massive victory would mean Algeria widens the gap at the top. The visitors must win this game or risk losing the first spot to Burkina Faso with which they share a point.  Algeria boasts a strong defence that has leaked two goals in three games but is not stronger than second-placed Burkina Faso that has leaked only one goal so far. 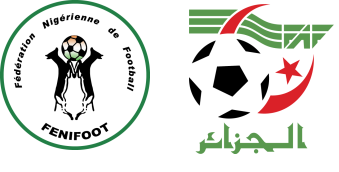 Who are the hosts in this match?