There were two eye-catching debutants in Manchester United‘s 4-0 demolition of Wigan Athletic in September 2012.

One of them was Alexander Büttner, the buccaneering left-back who was singled out for praise from Sir Alex Ferguson after scoring one and setting up another during an exhilarating first showing.

For all of his enterprise, though, Büttner never made it. Unable to dislodge Patrice Evra as the first-choice left-back, the former Ajax academy prospect was sold by Louis van Gaal shortly after the capture of Luke Shaw from Southampton.

After spells at Dynamo Moscow and Anderlecht, he now plays for Vitesse Arnhem but has never been capped by the Netherlands.

The other impressive debutant that day was Nick Powell, whose 25-yard thunderbolt just 11 minutes into his first appearance led Ferguson to say that the 18-year-old would, the club hoped, “fill Paul Scholes' boots in terms of he's got terrific vision, good temperament, two great feet, is quick and is a great striker of the ball”.

That Powell's first season at United was his last in the top flight makes Fergie's bold assertion seem farcical.

A product of Crewe Alexandra's respected youth academy, Powell shone to help secure the Railwaymen's promotion to League One in 2012 – offering a stunning goal to help win the play-off final as his verison of a parting gift – but sharing a pitch with Rio Ferdinand, Wayne Rooney and Scholes, his supposed predecessor, proved a step too far, too soon, even for a youngster of his craft and poise.

But the truth is, that while the midfielder was never close to nailing down a spot at United – never started a Premier League game for them – he has, with a few bumps along the way, commendably rebuilt his career to the point at which he has emerged as a surprise transfer target for RB Leipzig.

According to Team Talk, Powell is being eyed by the Germans, who currently sit third in the Bundesliga and may be able to offer him Champions League football.

While Burnley, Celtic and  Brighton & Hove Albion are also credited with an interest, Powell – whose contract at Wigan expires next summer – will perhaps be attracted to the Bundesliga given the success of compatriots Reiss Nelson and Jadon Sancho for Hoffenheim and Borussia Dortmund respectively.

Whatever happens, even being mentioned as a target for top-tier teams again is a measure of Powell's progress.

It has, in truth, been a long and sometimes dark road. After that exciting debut for United, he struggled to establish himself under Fergie and was loaned to Wigan for the 2013/14 season.

It proved a productive venture. Not only did it hand the teenager plenty of game time, but it also convinced some that, like Danny Welbeck and Tom Cleverley – young United starlets who had previously impressed on loan at Sunderland and Wigan respectively – Powell would return to Old Trafford a vastly improved player. 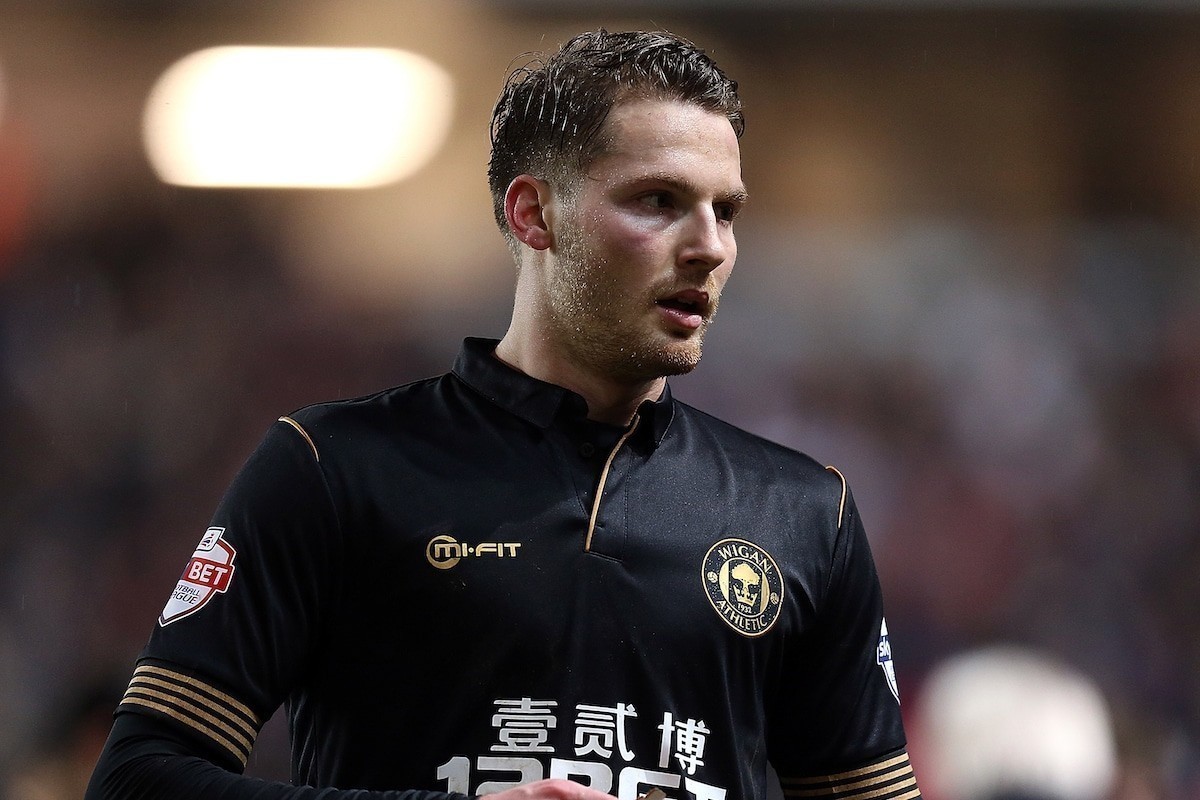 Fate had other ideas. Following the arrivals of Ander Herrera and Daley Blind (a midfielder back then, of course), van Gaal had no room for Powell in his bolstered midfield ranks. His final appearance in a United shirt came in the humiliating 4-0 League Cup defeat to MK Dons, in which the Dutchman hooked him off for James Wilson (currently in his fourth loan spell away from Old Trafford) after just 57 minutes.

It seemed to adversely impact the player's attitude. Possibly emboldened with a renewed sense of entitlement after impressing for Wigan, Powell was shipped out to newly promoted Leicester City, where his poor application in training and even poorer timekeeping prompted Nigel Pearson to terminate his contract after three appearances in as many months.

Powell would later confirm suspicions of his troublesome nature, admitting in a 2016 interview that he was a “dumb little kid” who did as he pleased.

A further loan stint at Hull City was equally fruitless but returning to Wigan in the summer of 2016 triggered a renaissance. Re-joining the Latics on a free transfer, Powell showed flashes of brilliance, including an 11-minute hat-trick to stun Barnsley, but was disrupted by persistent hamstring problems and his absence was sorely felt as they dropped down to League One.

Regaining his fitness, Powell was crucial in getting Wigan back into the Championship, scoring 15 goals and assisting a further six as he was shortlisted for the League One Player of the Season award.

Powell has certainly matured, too. In May 2014, he was banned from the road for 14 months after being caught drink-driving, but now seems rounded – his Twitter bio reads “family is everything” – and focused on continuing his path back from the footballing wilderness.

With four goals and four assists for Paul Cook's side this season, the midfielder forged an effective understanding with Will Grigg (who, ironically, scored twice for MK Dons during Powell's nightmarish United swansong) before the Northern Ireland international's injury, and has in recent weeks found himself deputising as the main man in attack, having initially seemed at home in the No.10 role. 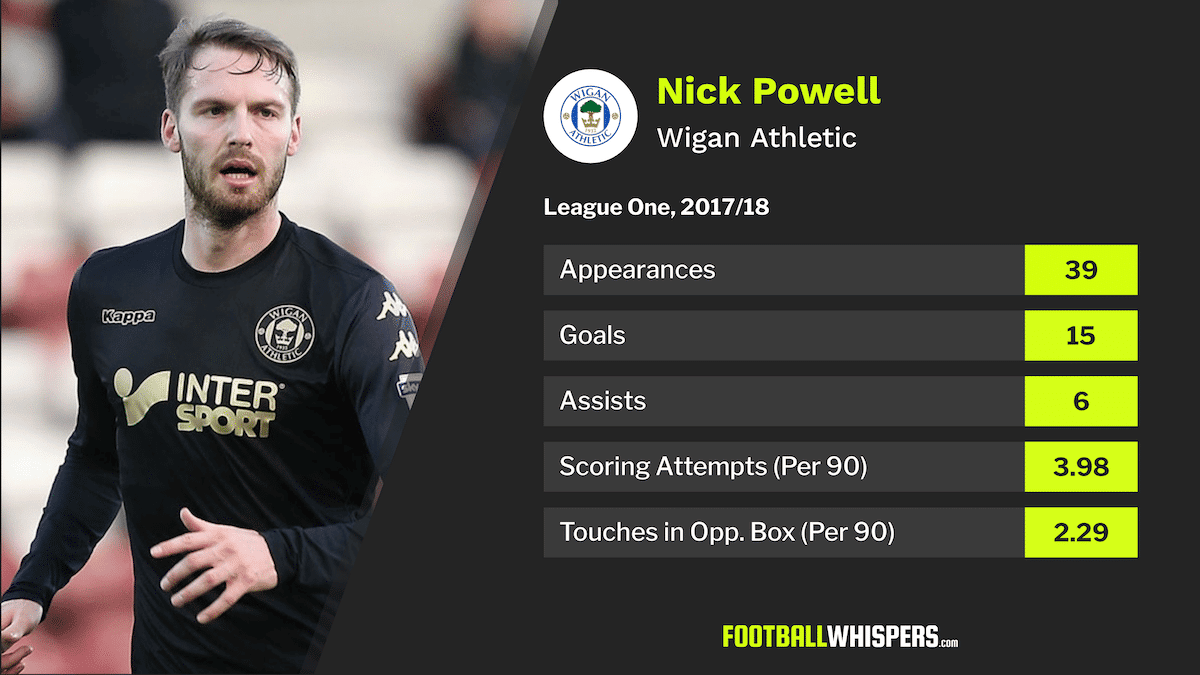 Still only 24, he retains that graceful glide across the pitch, beating defenders at ease and changing a game in an instant. His penchant for the spectacular has not dissipated either: his goal against Oldham Athletic in March came after weaving his way through four players and finding the far corner.

The RB Leipzig link is not completely out of the blue either. Paul Mitchell, a former talent spotter for Tottenham Hotspur and Southampton, joined Ralf Rangnick's side in February. Mitchell, who was the Saints' head of recruitment when United signed Powell, knows him well.

Having reportedly rejected Wigan's advances over a contract extension, Powell must see his future elsewhere. While returning to the Premier League or embarking on a Bundesliga adventure both represent significant challenges, it is to the former United prospect's credit that he has at least propelled himself back into prominence.

Prognostications that Powell was the man to maintain Scholes' legacy at Old Trafford proved exceptionally wide of the mark. However, six years on, Powell is enjoying his football once more. As he did in 2012, he is likely to have no shortage of potential suitors next summer and, with the right choice, he can write an exciting new chapter into his storied career.