N'Golo Kanté has experienced a meteoric rise since signing for Leicester City in the summer of 2015.

The 26-year-old midfielder has won back-to-back top flight titles in England with two different clubs, becoming the first outfield player since Eric Cantona to do so.

At the end of both of his seasons in England Kante was included in the PFA Team of the Year and was named PFA Player of the Year for his performances during the 2016/17 campaign – not bad for a player who just four years ago was playing in Ligue 2 with Caen.

Kante's performances at the heart of both Leicester and Chelsea‘s midfields has led to many claiming he's a bit of a cheat code.

Wherever the ball is, he isn't too far behind. It shows in Kante's stats, too. During his two years in England he's averaged 4.1 tackles and 3.3 Interceptions.

So we decided to take a look at just how influential the box-to-box midfielder really is.

Using Football Manager 2017 we moved the Frenchman to Arsenal, a club who were interested in his services during the summer of 2016.

The results are remarkable. 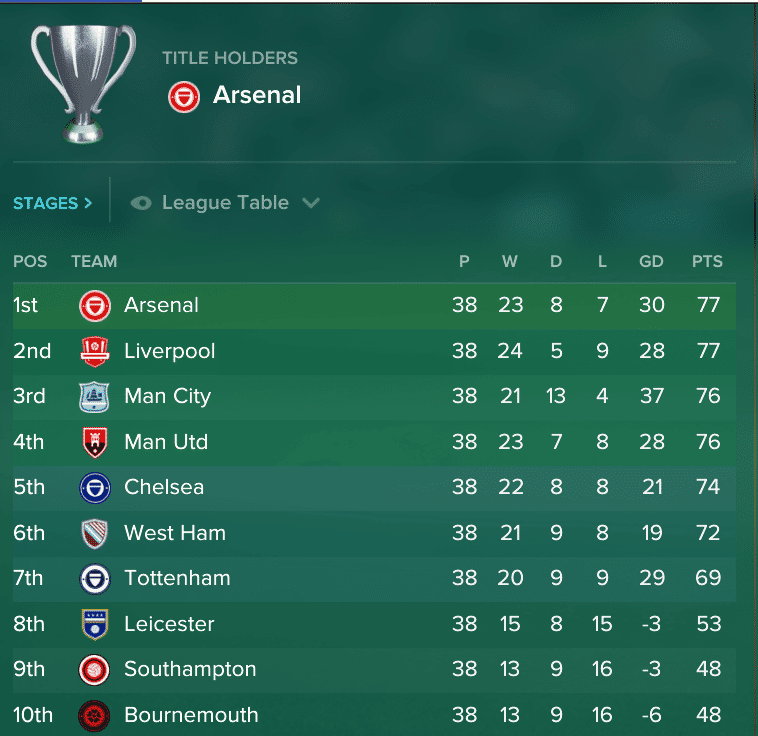 It was a tightly fought contest for the 2016/17 title but Arsenal did enough to secure Arséne Wenger his first Premier League crown since 2004.

Results went in their favour with Liverpool throwing away two leads against Burnley to draw 3-3, it ultimately cost the Reds the title.

Likewise, Manchester United dropped points against Spurs while Manchester City slipped up at home to Everton. A Kanté-less Chelsea, however, finished outside of the top four.

This was only part of the Arsenal story, though. 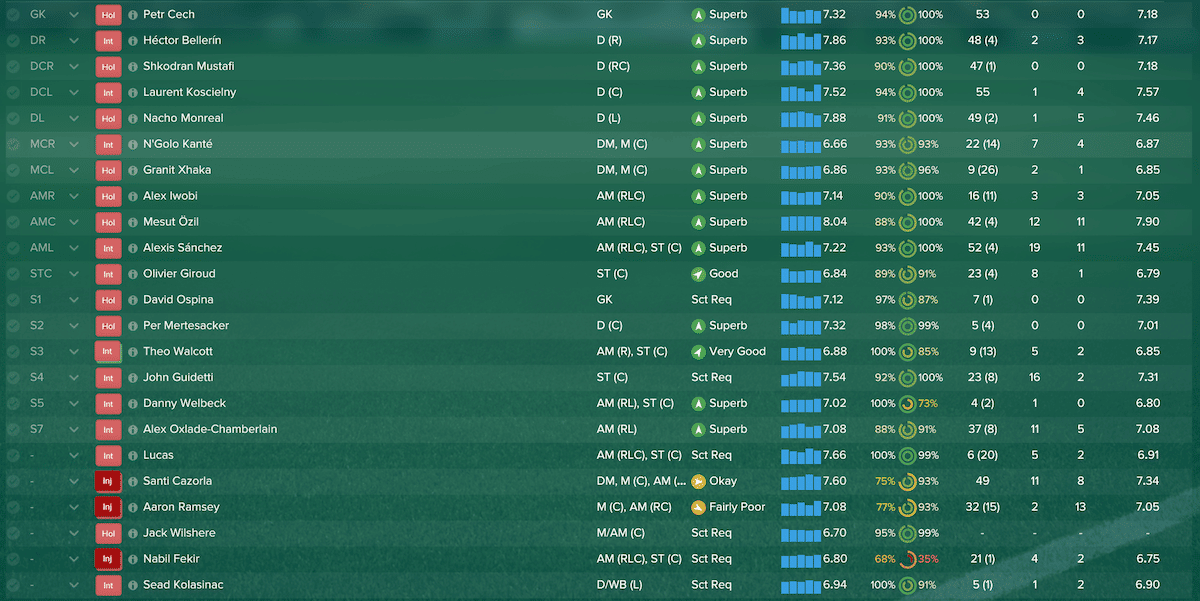 The Gunners fleshed out their squad with a series of signings. 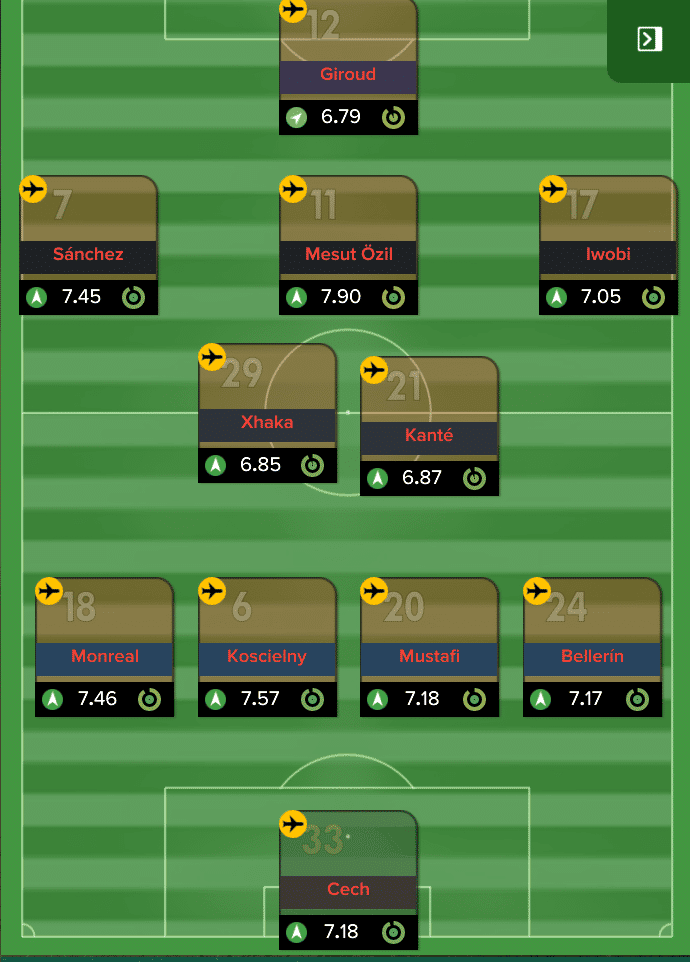 It was a familiar formation with Wenger opting for the 4-2-3-1 system he was fiercely loyal to for many years before he had to go into safe mode and play 3-4-3 last season.

Giroud and Guidetti would rotate while Liverpool transfer target Alex Oxlade-Chamberlain and Alex Iwobi traded starts on the right of the three, with the former making more appearances.

Kanté had to battle it out with Aaron Ramsey for a centre-midfield berth beside Granit Xhaka.

The competition for places seemed to have a positive impact on the squad. 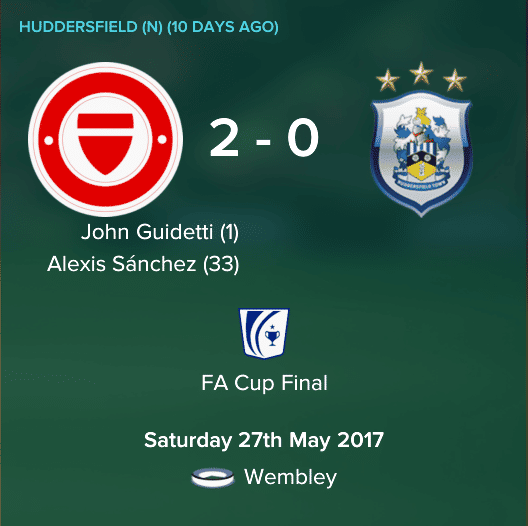 Arsenal completed the double with a 2-0 win over Huddersfield Town – who defied the odds to make it to the FA Cup final.

Swedish striker Guidetti made somewhat of a name for himself during the season as a man for the big occasion. 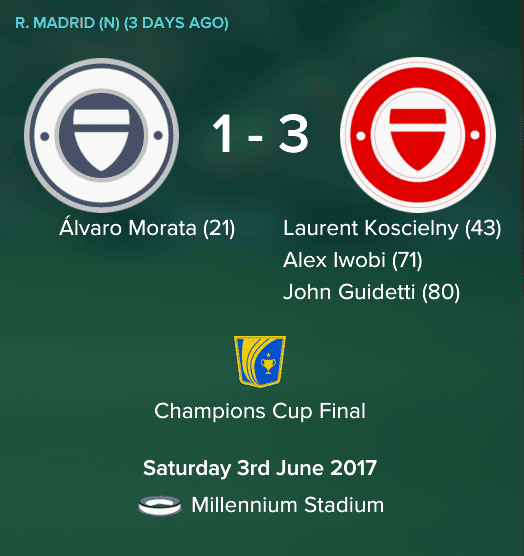 Just a week later he found the back of the net in the Champions League final as Arsenal completed a historic treble.

Then two goals inside of nine minutes was enough to secure victory and with it cement Wenger's legacy as one of the greatest managers ever. 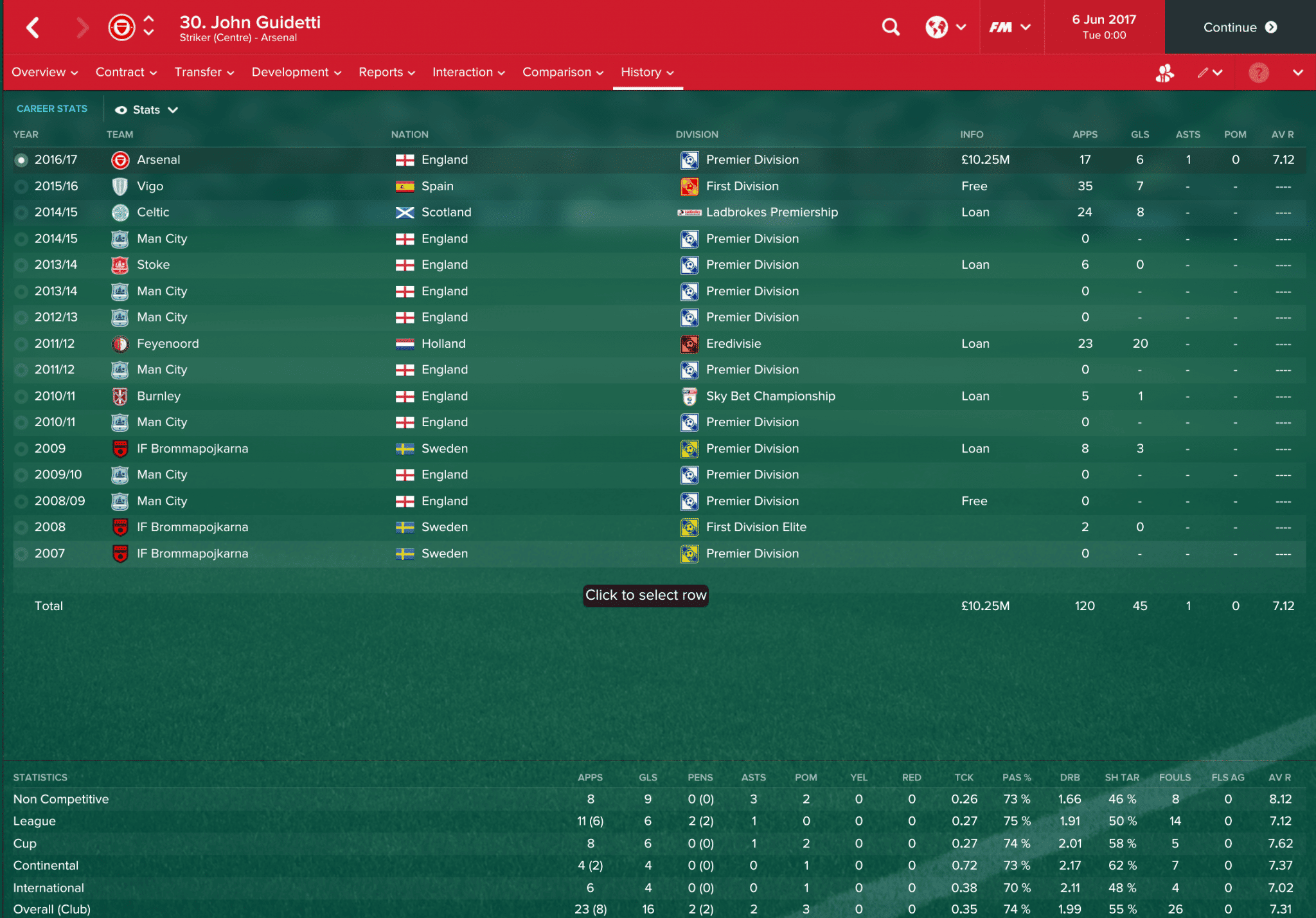 The unsung hero of the season is Guidetti. He finished with 16 goals in 31 appearances – with eight of those arriving from the bench.

He scored in the Champions League round-of-16 to knock Juventus out and contributed a number of goals in the club's domestic cup runs too.

He finished the season in style, finding the net in both finals. The £10.25million it cost to bring him back to England from Spain was a bargain in hindsight. 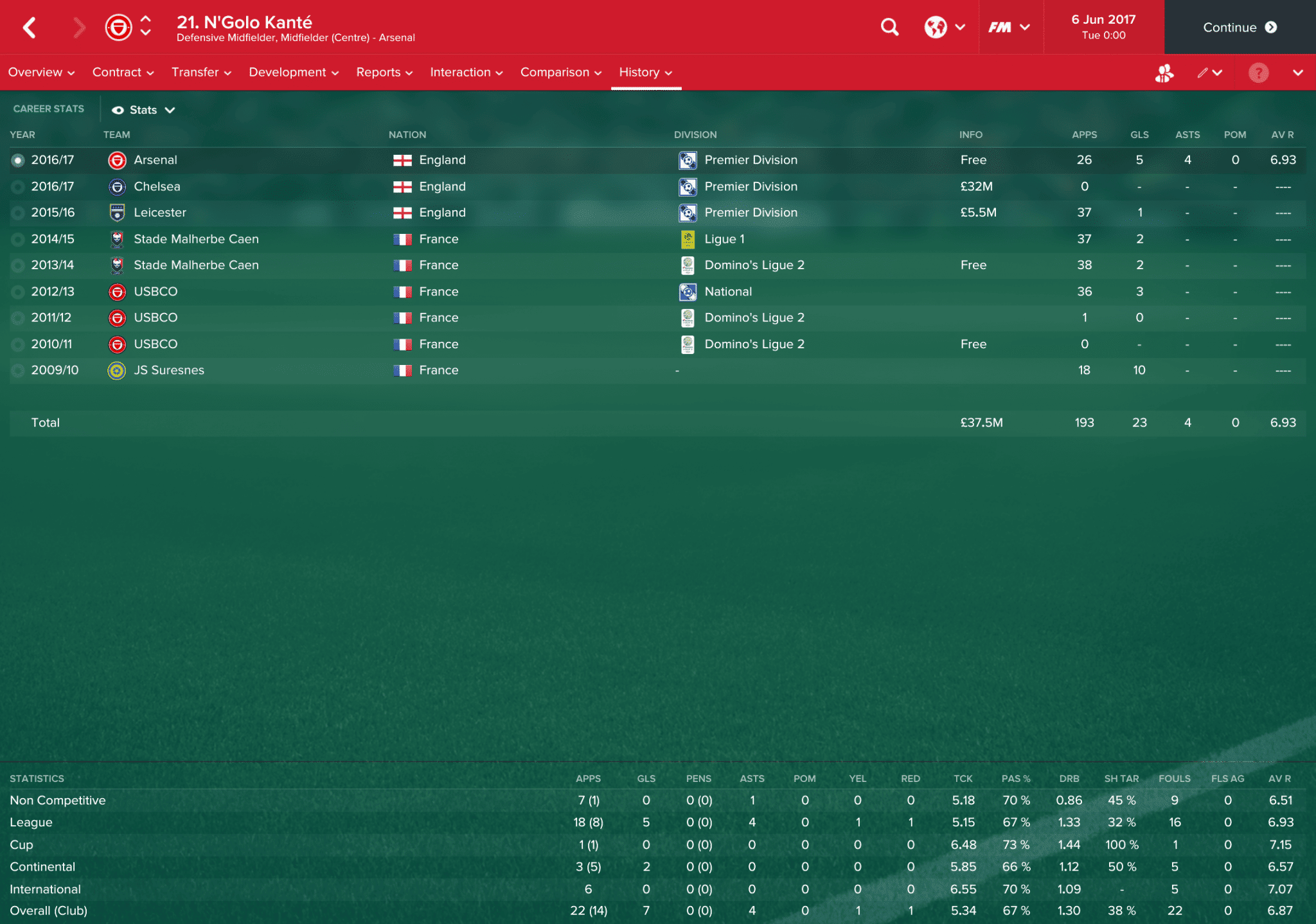 Kanté wasn't as key to the first-team as you'd expect. He started just the 18 matches in the Premier League and just the three during the club's run to the Champions League final.

He did, however, have an impact. A return of seven goals and four assists while playing in 36 matches during a treble winning campaign is nothing to laughed at or undermined.

He won consecutive titles with different clubs, just as he did in real life. Was it just a coincidence? Perhaps. Or is Kanté a lucky charm?