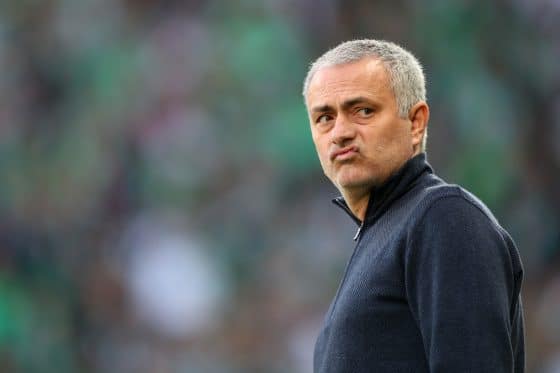 Jose Mourinho made his Premier League return when he joined Tottenham in November of 2019 replacing the sacked Mauricio Pochettino. The Special One, as he is often referred to, is regarded as one of the best football managers in recent history. His list of honors is exceedingly long, with league triumphs from La Liga, Serie A, Primeira Liga, and Premier League. He has won numerous domestic cups along with Champions League titles and Europa League included. Mourinho has triumphed in some sort of way with every single team that he has managed, so it seems like it's just a matter of time to win a major competition with Tottenham as well.

After knocking out his former club Chelsea from the Carabao Cup on penalties, it's quite likely that this is his first trophy with the Spurs. Mourinho’s current Europa League run is off to a good start, after already being up a win in the group stage. Furthermore, the Special One recently dismantled another team that he formerly managed – Manchester United with an impressive score of 6-1. At the current moment, his side is considered favorites to win the Europa League by the bookies, which value them at 7/1. They are ahead of clubs like Arsenal, AC Milan, Napoli, Leicester, Roma, and Lille. With such odds and recent results, we may think Mourinho’s job is safe. However, some pundits gossip about his sacking because of declining results in recent years. So the odds for Tottenham to part ways with Mou and look for their next manager are very much in play.

The current state of play for the club

The Spurs still have a lot to work on defense-wise. Despite being the top goalscoring side after the first 6 rounds in the 2020/2021 Premier League campaign, they are yet to keep a clean sheet. The only match after the summer break in which they didn’t concede was the Europa League game versus LASK Linz. However, this came only after allowing teams like Lokomotiv Plovdiv, KF Shkëndija, and Maccabi Haifa to net vs. Tottenham. Not to mention that controversial comeback that West Ham recently made in the London derby vs. Spurs. Mourinho's side was up 3-0 at the 81st minute, but the match finished 3-3. If the Special One is to work out all the defensive problems that his club is facing, he has a realistic chance of ranking them in the top4 of the Premier League and winning the Carabao Cup and/or the Europa League.

How likely is it that the manager will be sacked this season?

This game is all about performance and results, and in the current case these two are somewhat mixed. Despite the impressive performances at times, the club is yet to net any results under Mourinho. As we mentioned earlier, the Portuguese has been able to acquire silverware with every team managed by him. Undoubtedly this will happen with Tottenham as well, but the question is, how long would it take?

He is nearing a full year spent coaching this club, and it will take at least almost another full year before he is able to secure a trophy, as the Europa League final(if the club is to reach that stage) is scheduled at the end of May. The other chance of winning a title would be in late February, but the Carabao Cup is something that rarely is up there in the list of goals, especially for a veteran like José.

His sacking is dependable on the board’s patience and ideas. If they are thinking of Mourinho as a long-term solution to the managerial post, they will keep him even if the club is left emptyhanded at the end of the season despite all the competitions that they are taking part. The other possibility is that the board is eager to see results, and won’t hesitate to get rid of Mourinho. But having in mind that Pochettino didn’t acquire a single silverware during his 5 years, we believe the latter option is less possible. One thing is for sure, the Special One won himself extra time with the recent 6-1 thrashing of Manchester United

Potential managers should this occur 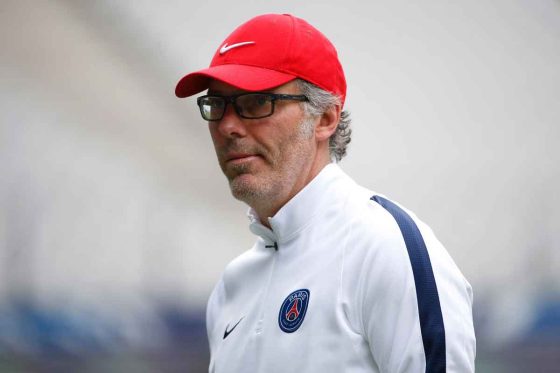 Pochettino making a return to White Hart Lane is most likely out of the picture. However, Maurizio Sarri’s return to the Premier League isn’t that impossible. The Italian was left without a job in the summer, after failing to impress in the Champions League with Napoli. He is one of the highest caliber coaches available at the moment, so there is a chance that he once again leads a London club. Sarri si known to force his preferred style of play in every team that he coaches, so if the board feels like Tiki Taka is the way for the club, they might look for his services.

Laurent Blanc was the manager once rumored to be succeeding Mourinho at Manchester United, and now there is a possibility that he may succeed him in another club. Blanc hasn’t been in the dugout for 4 years now after terminating his contract with PSG on mutual agreement. In recent years he has been linked with a move to numerous clubs, however, he remains unemployed, making him a nice option if Mourinho is to see his exit.

An honorable mention is Massimiliano Allegri – another ex-Juventus coach. He has spent the 2019/2020 jobless and is reportedly looking to make a return. However, he has already been linked with London rivals Chelsea. Max Allegri is named as Lampard successor if the Englishman gets sacked during the current campaign.

Despite showing a declining form in recent years, we believe that Jose Mourinho is well equipped to meet all expectations set for him. He is a suitable managerial choice for Tottenham and it will take an extra bit of time before he settles in the club and starts winning honours. The only thing that needs to be improved withing his lineup is the defensive play. Spurs have shown us that they don’t find it hard to score in the current campaign, and it's up to the Special One to improve his clean sheet statistics. The 2020 summer transfer window saw Mourinho attract 3 new defenders, and a defensive midfielder as well so it’s a matter of time before the new faces settle in White Hart Lane. The only possibility we see of Mourinho getting sacked soon is if he doesn’t manage to get out of the Europa League groups or records consecutive losses on home ground – the reason Pochettino saw his exit.