The Bayern Munich forward first coined the term in an interview in 2011. At the time, he was the man in possession of the World Cup Golden Boot having netted five goals in what was his first international tournament for Germany.

Translated Raumdeuter means space interpreter: Müller’s skill set was so unique it wasn’t like anything seen on a football pitch before. He was given the freedom usually afforded to playmakers but instead of looking to use that luxury to get hold of the ball and influence proceedings, he used it to pop up in the penalty area.

He was a second striker who just so happened to, at times, double up on either flank. He’d drop into midfield on occasion with the end goal being to create space for him and his team-mates to exploit.

Opposition sides couldn’t get to grips with Müller. In his first two seasons in the first-team in Bavaria, he netted 38 goals. The versatile attacker scored 20 or more goals in four of his first seven seasons with Bayern, even managing to hit 32 during the 2015/16 campaign in which Pep Guardiola was at the helm.

That season was supposed to be the start of Müller’s pomp years. But, unfortunately for both player and club, it has coincided with the Bundesliga giants going through something of a transitional period.

New managers, new systems and new demands meant the Bayern No.25 struggled to hit the heights of yesteryear. Over the past three full seasons, the Germany international has scored just one more goal than he managed during the entirety of the 2015/16 campaign.

He should be at the peak of his powers but instead, he’s having to settle for a place on the bench at the Allianz Arena. For the first time since his appointment, manager Niko Kovač seems to have a clear vision and a preferred team.

The Germans have been using a 4-2-3-1 shape this season with Kingsley Coman and Tottenham slayer Serge Gnabry on the flanks. Philippe Coutinho is the man tasked with providing Robert Lewandowski with the ammunition from an attacking midfield position.

Müller has appeared in fewer than 300 Bundesliga minutes this season from an available 630. Furthermore, when he has played he’s been shifted around the pitch. He’s operated as a centre-midfielder, on the right side of the attack and as an attacking midfielder.

It's clear the positionless man now finds himself without a home in Kovač's XI.

Now, according to Bild, Müller wants to move on when the transfer window opens against in January. On the surface, it would seem a strange move for the Bundesliga club to sanction – for the first time in a while, they look as though they could go far in Europe, so weakening their squad wouldn’t be sensible.

Müller is also a club legend and sides usually go out of their way to keep these players involved. But while Bayern have an external image of being a family club, they can be ruthless.

Bastian Schweinsteiger was with the club for close to 20 years before he was, at the age of 31, sold to Manchester United. If the right offer arrives, the Bundesliga champions will more than likely entertain it, especially if it will help fund a deal to secure Coutinho on a permanent basis.

And if Müller is available, top European clubs will more than likely be interested, even if he isn’t in the best of form. According to Christian Falk, head of football for Sport Bild, Premier League clubs have tried to sign the forward in the past.

In 2015, Louis van Gaal attempted to reunite with Müller when he was in charge at Manchester United. The German club wanted in excess of £80million for their academy graduate and a move failed to materialise.

In the summer of 2017, Liverpool and Arsenal both enquired about his services with Jürgen Klopp personally interested in bringing him to Anfield. 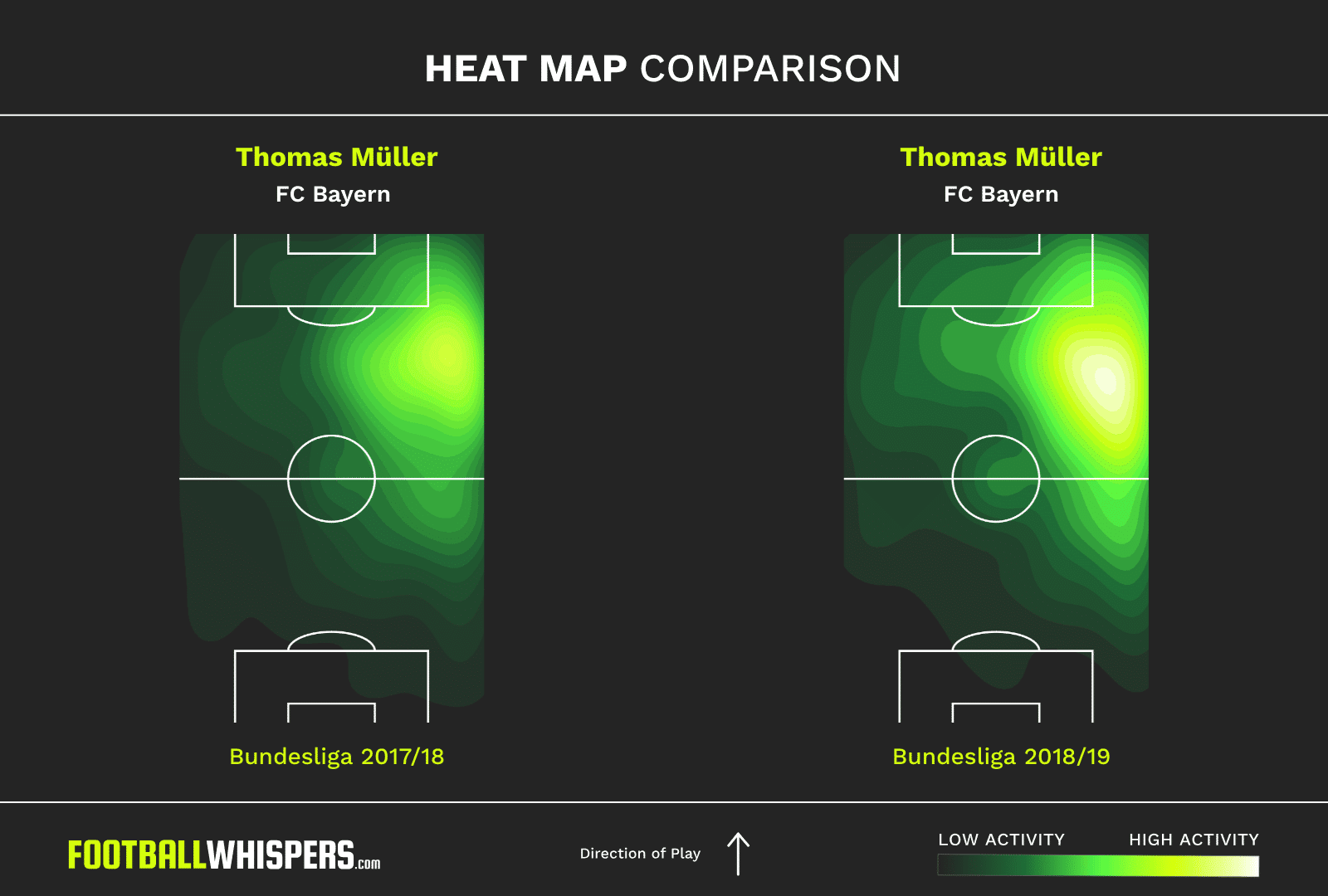 The majority of the big six tend to stay away from signings players already in their 30s. But, as elite clubs often state, they will react to the market. A player of Müller's quality being up for grabs isn't the norm and many will no doubt weigh up whether a deal is viable.

There is an argument that elite sides have moved away from affording freedom to attacking talents, and that the 30-year-old might struggle to carve out a role for a team in the English top flight.

While it is true, creative No.10s are on a downward trend – managers prefer goals and work rate in the final third – Müller wouldn't ever fall into that category. And the demand for space interpreters has perhaps never been higher.

Many believe Roberto Firmino is Liverpool's most important player. He doesn't score as many as other No.9s but he's a facilitator. He enables Sadio Mané and Mohamed Salah.

Mason Mount, meanwhile, has quickly cemented his place in Frank Lampard's XI and no matter where he's positioned, the 20-year-old looks to find space – if that means he's running ahead of play then he's happy to do it. Mount has often been described as a playmaker but he is, in fact, a Raumdeuter.

Arsenal, meanwhile, are still yet to solve their attacking conundrum. They sit third in the table but Unai Emery hasn't been able to get Nicolas Pépé firing. The team are reliant on the goals of Pierre-Emerick Aubameyang and that wasn't ever the plan. The former Sevilla boss has tried Alexandre Lacazette as a false 9 but the dynamic didn't work. A player like Müller could potentially be what is required to get the best out of the one-time Lille hotshot.

Even Manchester United could do with an individual with a playing profile similar to that of the wantaway Bayern man. His desire to find space in the final third, no matter where that takes him, would balance out what Marcus Rashard, Anthony Martial and Daniel James offer the Red Devils.

There's a home for Müller in the Premier League if he does so choose to leave the Allianz Arena in search of first-team football.