On June 30th, 1998, a fresh-faced Michael Owen announced himself to the planet by dazzling his way through the Argentina defence before rifling past Carlos Roa to score one of the most iconic goals in World Cup history. While it may have been a bittersweet night for the Liverpool star as England famously crashed out on penalties in Saint Etienne, an England hero had been born.

Over the next decade, Owen would rack up a total of 40 goals for the Three Lions, making him England’s fifth most frequent goalscorer ever. Were it not for injuries, many believe that the lethal finisher would have become the first player to reach the half-century before Wayne Rooney eventually claimed that accolade in 2015.

While those suggestions may be hypothetical, Owen’s place as one of the nation’s all-time greats is assured. After all, he was the last Englishman to win the Ballon d’Or and scored at a rate of over one goal every two games in a club career that took him from Liverpool to Stoke via Real Madrid, Newcastle and Manchester United.

With that, though, fans and press have been hunting for the ‘next Owen’ ever since. Dozens have been touted as England’s next big striker, and the vast majority have failed to deliver. But Marcus Rashford is different, and even Owen himself labelled the teen sensation “one in a million” during an interview with the Evening Standard.

Owen’s rise to global fame was rapid, but he did travel to France ‘98 as the Premier League’s joint-top scorer of the 1997-98 season with a return of 18 goals. In fact, he’d made his debut towards the end of the previous campaign – scoring against Wimbledon – and had additionally scored goals for fun in England’s youth teams. The Liverpool star only needed a year of senior football to prepare himself for the big international stage, and the speed of his ascent into the spotlight should not be undermined. However, in today’s world of social media and desire for instant results, most players don’t even get that.

From goalscorer to goalkeeper, the pressure placed on young shoulders is ridiculous. As soon as a young Englishman makes a promising debut, they’re expected to keep performing at the highest level without ever suffering a dip. The demand is arguably even greater for attacking players, who are immediately judged on goal ratios, and the momentum is often lost as soon as the striker fails to find the target for two or three games. But once again, things feel distinctly different with Rashford, and it’s hard to argue against his credentials for becoming England’s star man for many years to come. 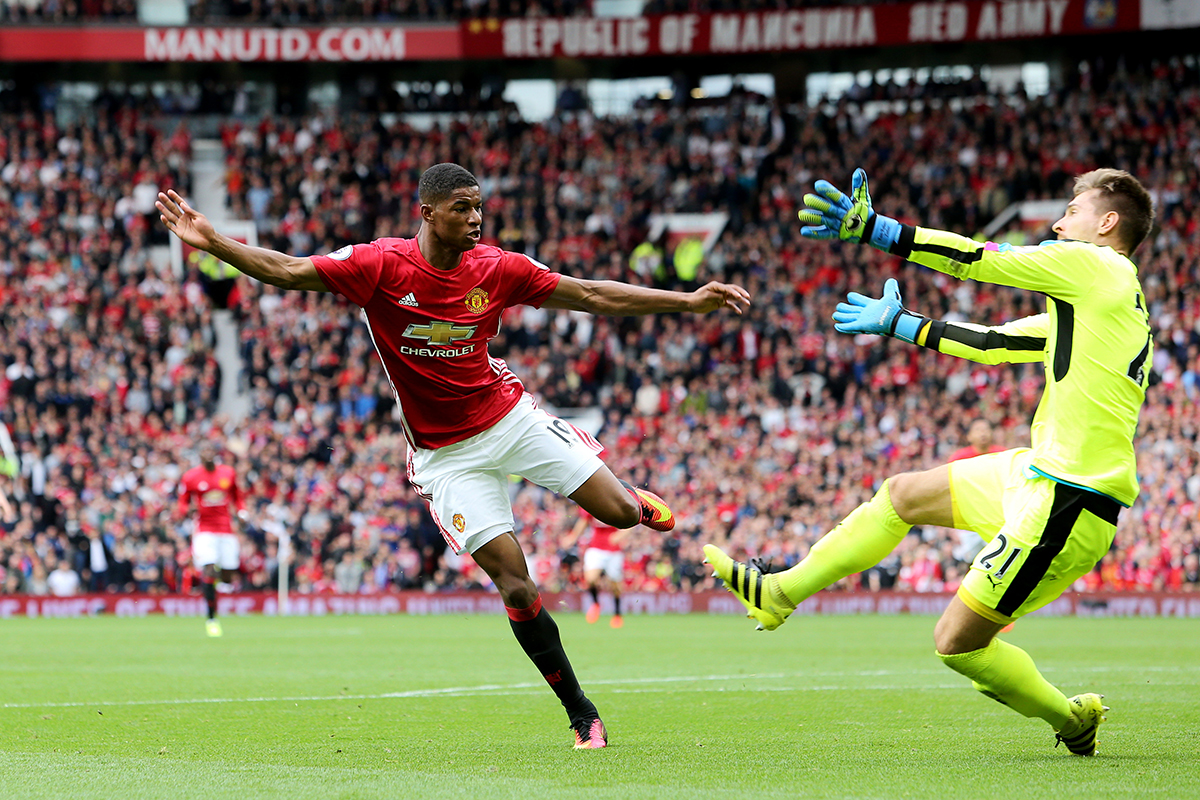 The modern day teen sensation doesn’t have time to get a feel for things; Rashford wasn’t even given a chance to properly prepare for his debut. An injury to Anthony Martial, just minutes before the Europa League second leg clash against Midtjylland, saw the 18-year-old promoted to a starting role. Two goals in front of the Stretford End later, the Red Devils had a new hero and a new youngest scorer in European competition.

Three days later, the Englishman was thrown into even deeper waters as then-manager Louis van Gaal named him in the starting XI against Arsenal. If the Thursday night had been a dream debut, his Premier League debut was nothing short of Roy of the Rovers as he bagged another two goals as well as an assist as United clinched a crucial 3-2 victory. From here, there was no going back.

In the space of just 92 days, Rashford had made the transition from last-minute debutant to England senior international. During that time, he netted eight times in 18 appearances while additionally earning his first major honour by helping the Red Devils lift the FA Cup.

If Rashford’s start to scoring goals at club level had been quick, his introduction to the international scoresheet was mind-blowing. Just three minutes into his debut against Australia at the Stadium of Light, Rashford had cemented his place in history by becoming England’s youngest scoring debutant. The fact it wasn’t an easy finish only further highlighted two key points; firstly, the youngster is a born goalscorer.

Secondly, and perhaps more importantly, nothing fazes the striker. For an attacking player, confidence is everything. Combined with his natural talents, Hodgson had no choice but to take him to Euro 2016. 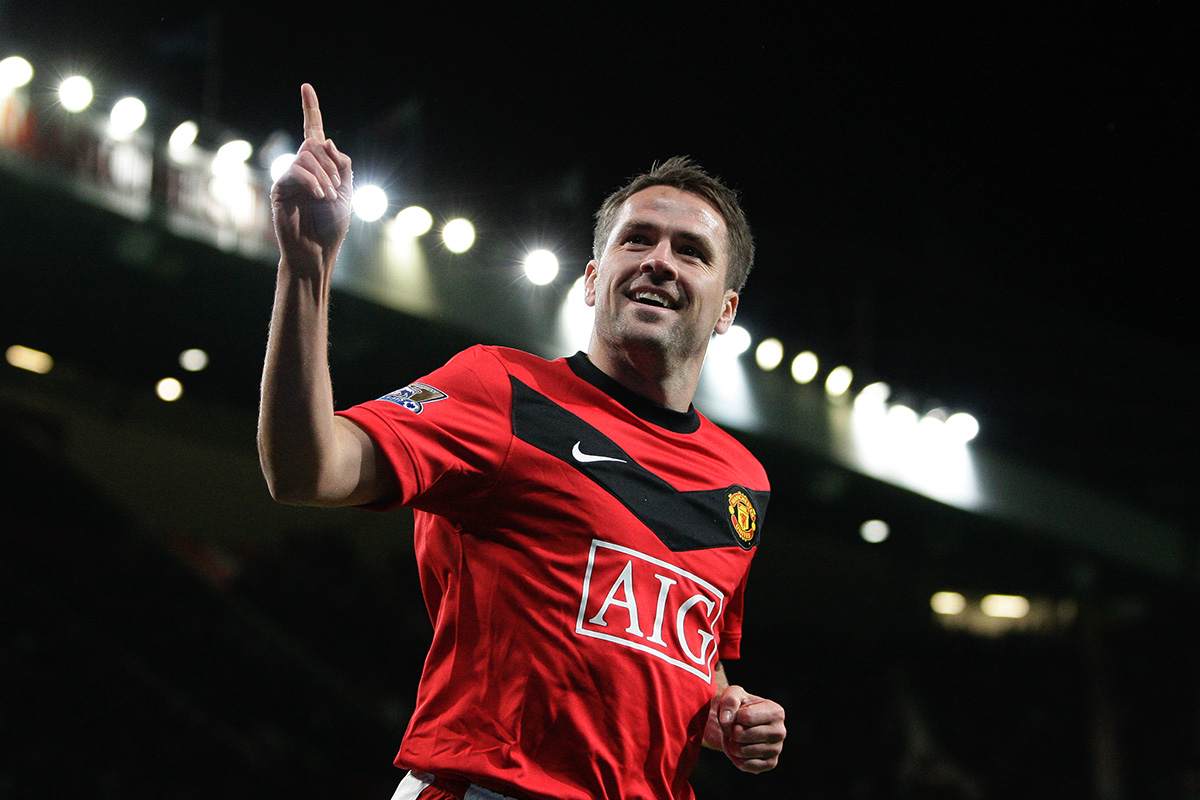 Unlike Owen 18 year earlier, Rashford wasn’t given the opportunity to showcase his talents fully in France. However, his energetic cameos provided one of the few glimpses of hope in what was otherwise a nightmare tournament for the Three Lions. Even as a late addition to a team that was bereft of both vigour and ideas against Iceland, the youngster underlined his credentials for becoming a future world star as he completed more dribbles in five minutes than any other player in white managed in the whole 90.

England’s failure cost Hodgson his job, and Rashford was subsequently omitted from Sam Allardyce’s only squad selection. Instead, the Manchester United man was drafted into the U21s, for the first time in his career. If any doubts as to whether he was ready for the senior platform remained, they were obliterated by his performance in Colchester. As with his Europa League, Premier League, and England senior debuts, Rashford made a scoring start to life under Gareth Southgate – netting a fantastic hat-trick as Norway simply couldn’t cope with his speed and direct attacking qualities.

Following a truly mind-blowing sequence of events, Rashford was reunited with Southgate after the latter was handed the senior job – at least on a temporary basis – after Allardyce’s shameful sacking. The young striker’s game time may have been limited in the disappointing performances against Malta and Slovenia, but his future in the senior setup looks assured for many years to come. Assuming the Three Lions qualify for the 2018 World Cup, injuries appear to be the only danger to Rashford’s place on the plane to Russia.

Rashford’s biggest challenge, however, may be finding his best position. The state of football has evolved since Owen’s breakthrough in the late 1990s. Whereas the former Liverpool star played at a time where attacking partnerships were the norm both in the Premier League and on the international stage, England’s newest boy wonder enters a world where a variation of the 4-5-1/4-3-3 is virtually omnipresent.

The youngster is capable of greatness, but performing as a target man is beyond his remit. Unfortunately, he won’t be afforded the same luxuries that Owen did in partnering Robbie Fowler, Alan Shearer, and Emile Heskey during the most successful stages of his career. Instead, Rashford may have to look elsewhere for a regular starting role at club and international level – at least throughout the foreseeable future, which is a shame given the potential success that he could enjoy with both Zlatan Ibrahimovic and Harry Kane respectively.

Those challenges won’t necessarily come to the detriment of Rashford’s development, though. It is increasingly apparent that the left flank will be his most common position throughout the rest of 2016-17, and it is an area of the field that he can dominate much like Owen did throughout the infancy of his career.

Rashford’s blistering pace, no fear attitude, and explosive direct nature will always cause problems for opposing defenders while his tendency to cut in from the wide areas force full-backs and central defenders alike to make quick decisions. Moreover, we’ve seen on several occasions that the rising United star loves to curl a right-footed shot into the far corner, as both West Ham and Norway U21s found out the hard way.

Above all else, Rashford is a natural finisher. Whether he is part of a central partnership or operating from the channel shouldn’t matter too much, and you only need to look at the scoring feats of Cristiano Ronaldo and Lionel Messi to see how dangerous a penetrative player can be from those positions.

Officials at United have earmarked Rashford for several years and, while it happened far sooner than expected, a lack of surprise is evident whenever you hear those senior staff members discussing the boy wonder’s talent. The club was quick to tie him down until 2020 around the time of his senior England debut while current manager Jose Mourinho has tipped him to become a global superstar.

Rashford’s ascent until now has been nothing short of phenomenal, underlined by the fact he became an England international after just 18 club games (Owen took 49). The truth is that his trajectory is unlikely to progress at the same rate as Owen’s. The youngster won’t be the Premier League’s top scorer this season and is unlikely to win a Ballon d’Or by the age of 22. However, that’s an indication of changing times rather than a reflection of talent.

Make no mistake; Rashford can go to the top and appears to have the determined attitude and right support to fulfil those lofty prophecies. If he can avoid the type of injury setbacks that plagued Owen’s career, he has the potential to become an England great.