Gianfranco Zola and Eden Hazard. Both players have lit up the stage at Stamford Bridge, but has Hazard done enough to compare to the legendary forward in his time at the club so far?

When Gianfranco Zola first signed for Chelsea in 1996, it was unclear just how many years he had left in the tank. The Italian forward had just turned 30, and left Parma after struggling to fit into Carlo Ancelotti's tactical setup. Nonetheless, he became an icon at the side, part of the transitional team that formed the basis for the future league success under Jose Mourinho.

The manner of Eden Hazard’s arrival at the club couldn’t have been more different. He announced the move when the club became champions of Europe, and came with a reputation as one of the most promising talents in world football. He picked up the Europa League during his first season with the side, and played a major role as the team won the league in 2014/15.

They played in a different era, but both had a similar impact on the team. They hit the ground running, astounding crowds and teammates alike with their innate ability and intelligence on the pitch. They’re both smaller players with the ability to dazzle defenders and goalkeepers with trickery and technique that most wouldn’t dare to dream of. Zola was likened to a magician, while Hazard is widely recognised as one of the best players in the world. (If not quite up there with the Messi’s and Bale’s.)

Despite their importance to the team when they arrived at Chelsea, they were at different spectrums in terms of their career. Zola had seen it all, and promised to provide experience and a touch of magic to proceedings at Stamford Bridge. Hazard came with a £32m price-tag and a reputation as one of the best young players in world football. He’s also capable of a few spells of his own, although there’s a ruthlessness to his style that wasn’t always seen with Zola. 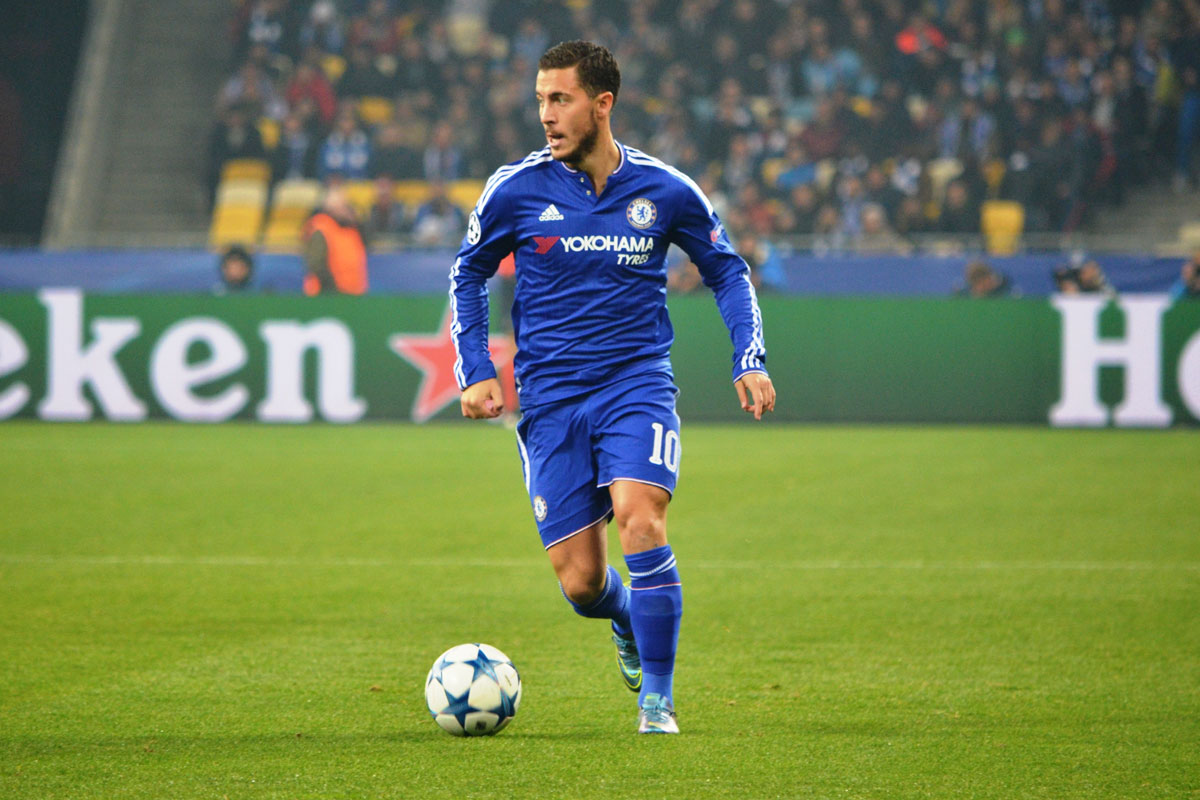 They might be diminutive, but both were able to deal with the physicality of the Premier League without wilting under a multitude of challenges. Defenders might let Hazard know they’re about with a thumping tackle, but he simply dusts himself off and carries on marauding down the flanks. It goes without saying that Zola’s shins would get the same treatment each week.

They both represent the attacking impetus for their respective teams. It’s true that Diego Costa and Jimmy Floyd Hasselbaink took the majority of the chances sent their way as they repeatedly finished as the top goalscorer in the league, but both Zola (2002-03) and Hazard (2013-14) have taken the mantle and finished as the top scorer in the league.

It’s hard to compare players that plied their trade in different eras, and it’s near impossible to pick between two attackers that were expected to do different jobs for their teams. Would Zola be able to cover the ground at a similar rate to the younger man? Probably not. But will Hazard score goals like these?

Silverware abounds for both, although Hazard does have the benefit of playing for a Chelsea side forged with the heavy wallet of Roman Abramovich. Chelsea are now a side who are expected to compete and win trophies, (current form excluded) while they were more of a cup team when Zola helped the club to a couple of trophies in the late 1990’s.

Hazard is well on his way to becoming a legend at the club, and he’s still only 25. As long as he doesn’t leave for Real Madrid in a whirlwind deal, it’s likely he’ll be remembered as one of the best to don the shirt. However, he still has a way to go before he will be remembered in the same manner as Zola by Chelsea fans, even if he has shouldered much of the responsibility in terms of Chelsea’s attack since joining the club in 2012.

Zola is a former recipient of the Player of the Decade award, but it wasn’t all plain sailing for the forward at Chelsea. He had a difficult second season in the Premier League, and Hazard faced similar problems after taking the league by storm during his debut year. He eventually rediscovered his form, and was irrepressible while Chelsea strode to the title in 2014/15. 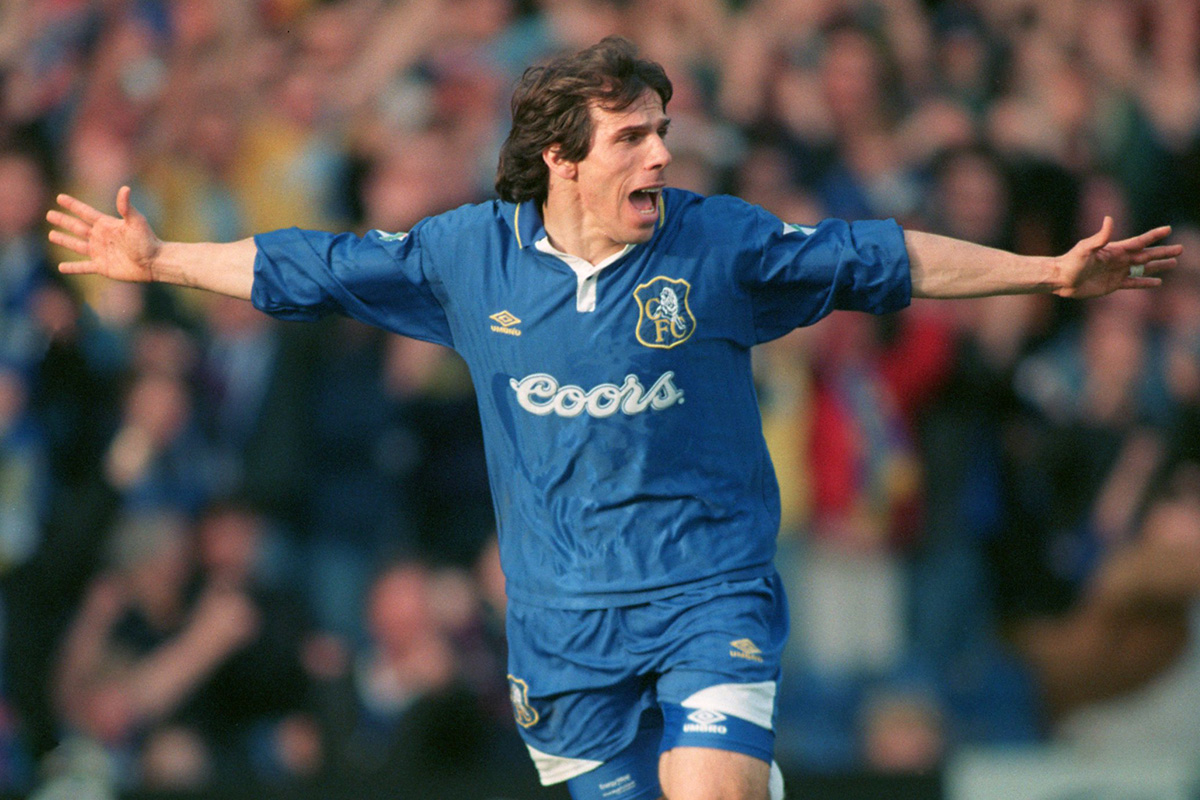 Despite the riches spent on attackers in recent seasons, they still rely on the Belgian to provide the spark up front time and again. If Hazard plays well, the team invariably seems to win. He’s still the one they look to when they struggle to break team down, and he alone has the ability to change a game through sheer talent alone.

Hazard is a wizard on the pitch in his own right, and this is already his fifth season in London. He’s already given the club some of the best years of his career, and they have the luxury of knowing he’s likely to stay for the majority of his current contract, which runs until 2020. If he leaves beforehand they’ll likely get a Pogba-esque price for their initial £32m investment, and if he stays they get the services of one of the best in the world during the prime of his career.

Zola is undoubtedly a legend at Chelsea, but he arrived with his best years as an athlete behind him. It proved to be a great deal for both the player and the team, but Hazard has the chance to spend the rest of his career at the club as long as they can continue to match his ambitions on the field.  He could have even more of an impact over a longer period of time, and he’s already matched many of the achievements of the man they called a magician.