Dele Alli and Steven Gerrard. One of these players is at the beginning of his career and just starting to make a name for himself whereas the other, considered a legend by many, is coming to the end of an illustrious and trophy-ladened one.

When new players break through they are always at risk of being labelled the ‘next (insert famous players name here)' and more often than not it's counterproductive to their development. They're never judged fairly either, you rarely hear those in the media compare 23-year-old Harry Kane to a 23-year-old Alan Shearer, instead, they compare the former to the experienced, in his pomp, Alan Shearer.

There have been plenty of players dubbed ‘the next Steven Gerrard', the likes of Jordan Henderson, Jonjo Shelvey, Nick Powell, Jordan Rossiter, and Ross Barkley have all been burdened with the tag in the past and it definitely played a part in how the fans judged these players. None of these players really had anything in common with Gerrard other than being English midfielders with an eye for goal.

As England fans we reached a stage where whenever anybody mentioned the ‘next Gerrard' there would simply be an eye-roll and an ‘hmm, yeah, sure mate' kind of look. However, this all changed when Dele Alli burst onto the scene. 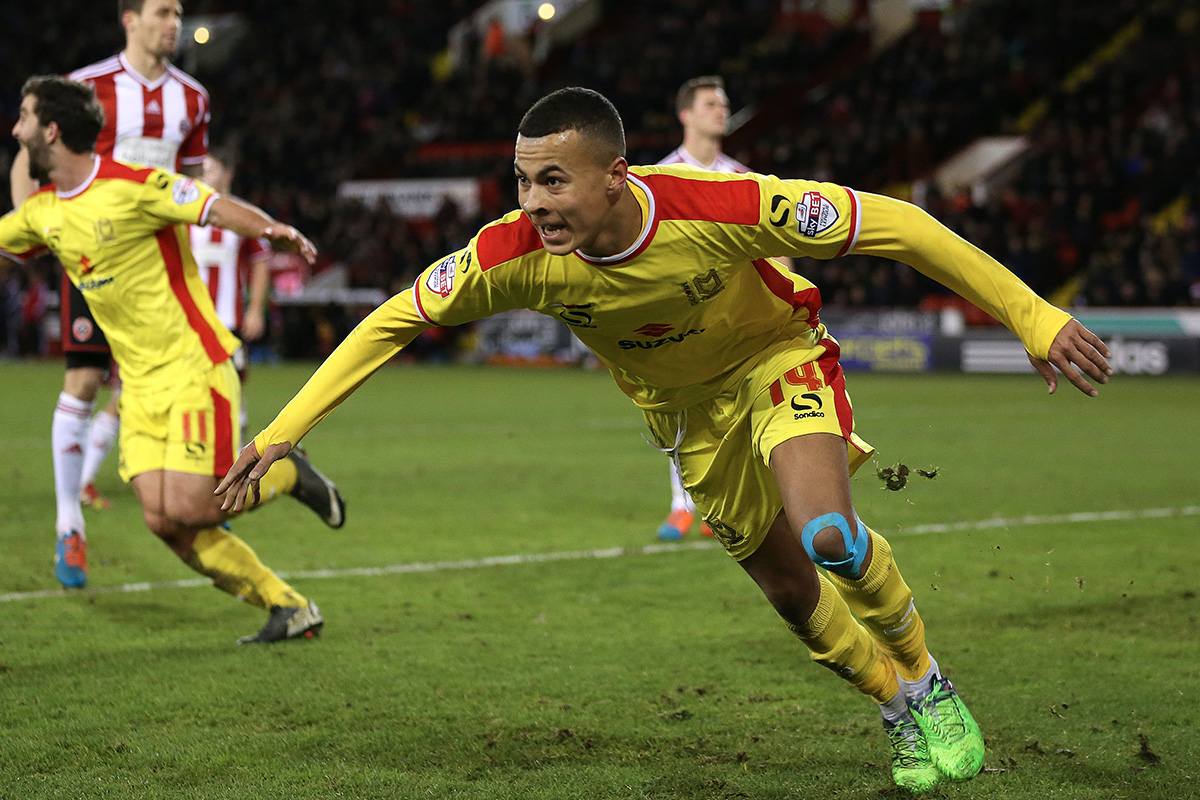 The midfielder broke through as a youngster at MK Dons and after impressing had Premier League clubs circling him like vultures to a carcass – It was only a matter of time before he got that big money move.

The only surprise came when Tottenham only had to part with £5 million to pry the youngster away from MK Dons. He made his first team debut for Spurs in the 2015/16 season and went on to hit double figures. It was quite the debut season.

While it's disrespectful to label this snarling, snide, at times petulant, game-changing goalscoring threat from midfield the next Gerrard it is ok to openly acknowledge that he's the closest thing England have had stylistically to an in his prime Steven Gerrard. After all, the Spurs man doesn't hide the fact Gerrard was his idol growing up.

Alli spoke about this in an interview with FourFourTwo: “Steven Gerrard was someone I looked up to massively. I'd always try to copy him, right down to the boots he was wearing. It was his attitude on the pitch that stood out – you could really see how much he hated losing.

“I had a picture with him when I was younger, but I've never spoken to him. I think he'd probably be the only person that would make me a bit star-struck!”

Alli has been nurtured and developed from a young age to be able to play the role he's playing now. The 20-year-old has been unleashed already, given the license to roam from midfield and unshackled from having to do too much defensive work.

It's a luxury that a young Steven Gerrard wasn't afforded.

When the 18-year-old Gerrard made his debut for the Reds in November 1998 he came on in place of Vergard Heggem, a right-back. In the sporadic appearances he made after that he featured as a right-winger, a right-back and as a defensive midfielder. A far-cry away from the attacking-midfielder that gave defenders sleepless nights later on in his career. 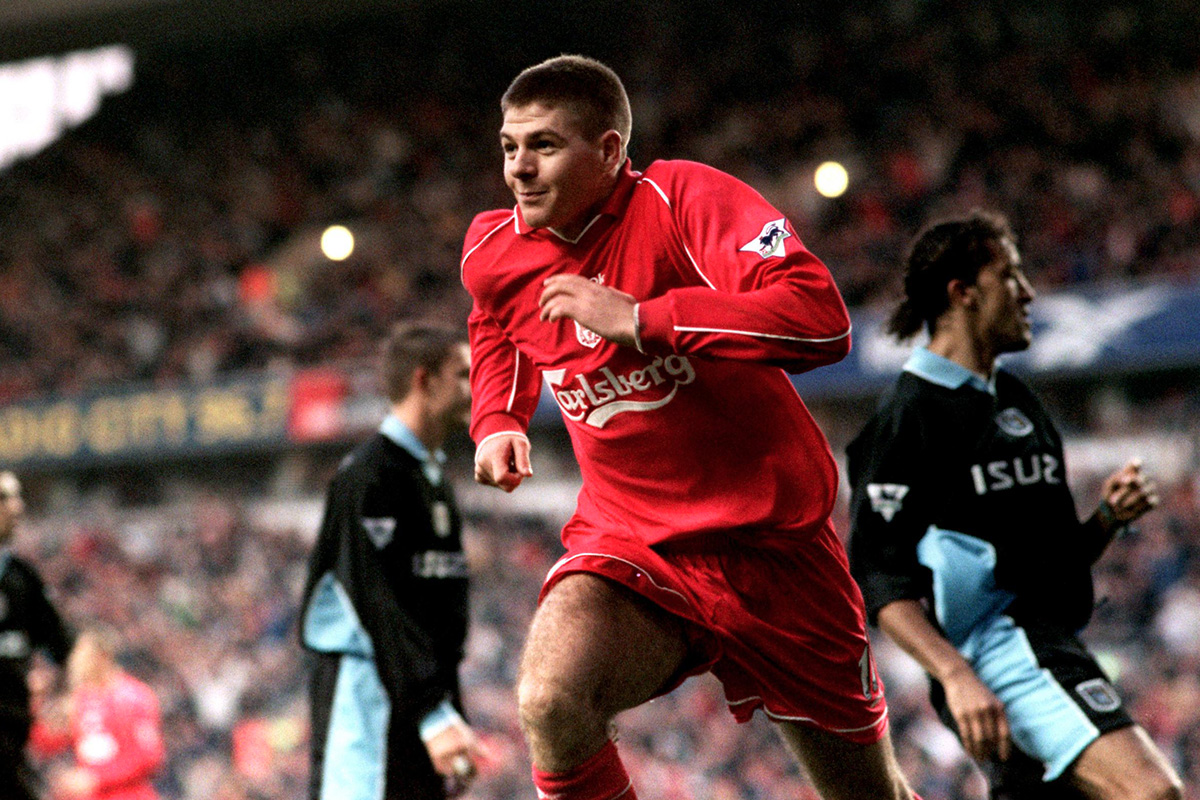 You have to remember during this time it was a completely different time to what fans are used to now. Premier League clubs played the traditional 442 system and the centre-midfielders were expected to defend as well as attack. He come through the ranks when there was still an old school mentality – less emphasis on technique and more on being powerful, running faster and being physically superior.

As Liverpool went on to win a cup treble in 2000/01 Gerrard played a starring role as he went on to feature 50 times in a single season and managed to score 10 goals, this while once again playing many different roles for the team. It was his most prolific season until 2004/2005.

It's a season that many Liverpool fans look back on and remember fondly. Rafa Benitez was appointed and Liverpool defeated the might Milan in the Champions League final. It was also the same season which saw Gerrard being deployed in a more attacking role as Liverpool adopted a 4231 formation. It was the season that redesigned the Liverpool no.8.

Rafa Benitez really harnessed Gerrard's still raw ability and unleashed him onto the unsuspecting Premier League. At the time clubs knew all about the Liverpool captain – his range of passing, his thunderous shot and the fact he was Liverpool's beating heart on the pitch – but with a tweak of position Gerrard became a force of nature leaving a trail of devastation in his wake

In the thirteen seasons following the attacking switch Gerrard his double figures in nine of them. It was a masterstroke on Benitez's part to free Gerrard of the defensive responsibilities enabling him to focus on attacking. Both the player and the team benefited.

Dele Alli has a five-year head start on Gerrard in terms of having a manager that knows how to get the best out of him. Mauricio Pochettino, much like Rafa Benitez did, uses defensive midfielders in his system in Victor Wanyama and Eric Dier to give Dele Alli the environment to flourish in the final third.

Steven Gerrard will go down as one of the best midfielders to ever play the game and many future youngsters will be compared to him as they come through the ranks. Dele Alli has the potential to be one of the best midfielders that England has ever developed with his goal threat from midfield, technique and his desire to win. Whether or not he matches the achievements of Gerrard is irrelevant, what fans should hope for is the Spurs man inspires the next generation of midfielders like Steven Gerrard did Dele Alli.