After all, if Bournemouth fails to make the playoffs, this means another season of Championship football, which is something that nobody at the club wants. This is probably why Jason Tindall was given the boot earlier this month following six months of sub-par performances, by Bournemouth standards. Currently, Bournemouth has appointed Jonathan Woodgate as the caretaker until a permanent manager is decided upon, which makes this particular betting market hugely exciting.

So, who will the next manager be, and what are the odds? Don’t worry, we’ve discussed it all below!

In order to find these markets, you’ll often find that bookies have a section of the site indicated as the next manager to be sacked, and this is where you’ll discover the odds. Given that the next Bournemouth manager is one of the hottest betting markets in English football right now, you won’t have a hard time backing this market. However, it’s worthwhile to bet at sites that will give you the best odds. We’ve listed these for you right here:

Naturally, the odds for the next Bournemouth manager will vary somewhat between the sites mentioned here. With that said, we firmly believe that these 5 bookmakers are offering great value for this market. So, with this out of the way, you may still be wondering who the more likely managers are to take over the club, along with what kind of odds you can expect. We’ve run over all of these details in the very next section.

Next Bournemouth manager odds – who to go for

As it happens, there are quite a number of managers that are linked to this role, but some have a much better chance than others. It’s going to be a challenging job to get Bournemouth back into the top division of English football, but after all, someone needs to take on the role! And since Tindall has already left the job, you don't even need to worry about who the next manager to be sacked will be. 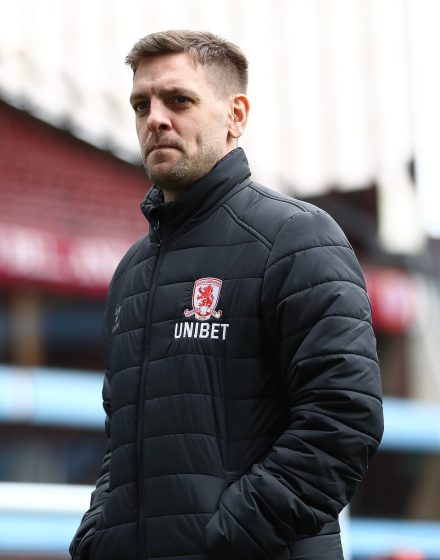 Since Jason Tindall was giving his marching orders just a few weeks back, Woodgate has taken over to fill the role in the meantime. While this is a fairly normal thing to do when a manager gets sacked suddenly, there are actually a few rumours that Woodgate might be hired for the role permanently. We’ve seen it happen before – just look at Ole Gunnar Solskjaer and Manchester United! With that said, it isn’t the norm, which is why Woodgate is listed at more than 10.00 at most betting sites.

On top of that, it’s not like Woodgate is exploding with managerial experience, which doesn’t bode too well to take a team back into the Premiership. Then again, he’s only lost 1 in 5 since taking over as caretaker, which is already an improvement on how Tindall left the club during his final weeks. And as they say, stranger things have happened in football, so Woodgate could be a decent outside bet.

Out of the guys mentioned here, Wagner is one of the red hot favourites with online bookies to take the job, second only to one man (listed below). At the time of writing, Wagner is without a managerial role, having been sacked from Schalke in 2020. This makes him flexible enough to take the job at a moment's notice, and it wouldn’t be the first time Wagner has coached an English team. He has actually coached Huddersfield Town just a few years back, and while there, he was able to take them into the Premiership and keep them there against all odds.

As you may have noticed, this isn’t entirely different from what Bournemouth is attempting to achieve right now, so some might say that Wagner is perfect for the role. On that note, the odds for Wagner to become the next Bournemouth manager are floating around the 3.00 region with many bookies, which are reasonable odds.

The odds on John Terry to take the Bournemouth job are pretty far fetched, at around 12.00 with most online bookmakers. With that said, Terry has yet to hold a lead manager position at any club in the world, which has led to speculations that he has a keen interest in joining Bournemouth. And right now, Terry is the assistant coach for Aston Villa, so it’s clear that he does have experience in working with top-flight players in a coaching capacity. Of course, Terry has also enjoyed some terrific success as a player too, so it’s fair to say that he knows what is required to create a winning environment.

Terry has actually been at Aston Villa since 2018, and with almost 3 years at the job, many believe that now is the time for him to step up. Reports on Terry’s public intentions to come to Bournemouth are a little thin on the ground, but then again, the odds do reflect the lack of evidence. With that said, this is one of the highest level jobs to open up recently, and it would suit a man who has previously been a legend in English football.

And finally, we have the legend to end all legends, in the form of Thierry Henry. This man needs no introduction when you speak of Premier League icons, but interestingly, Henry hasn’t exactly excelled as a manager – far from it. However, out of the various guys we’ve talked about here, Henry is the favourite for the job, with odds generally being between 2.00 and 3.00 for him to join Bournemouth. It’s no secret that senior staff at Bournemouth have voiced their desires for Henry to be the guy to turn the team around, but like any move, a few things must fall into place before it materializes.

One of these hurdles is the fact that Henry has a contract with CF Montreal until the end of the season, which means he wouldn’t be able to come to Bournemouth for a few months yet. With that in mind, it also depends on the performance of the interim manager as to whether Bournemouth feels they can wait this long. Of course, this is up in the air, but regarding the next Bournemouth manager odds, this is the one that many punters are shooting for.

Expectations on the next Bournemouth manager

Whenever there is a change in manager at a club, there are always new expectations on what the next manager should be achieving in the role. The managerial role at Bournemouth will be no different, and in fact, it might be more demanding than other jobs in English football. We’ve discussed this below.

This is probably the main expectation of the next manager, whoever it turns out to be. After winning the Championship and gaining promotion to top-flight football for the 2014/2015 season, Bournemouth enjoyed 5 seasons in the Premier League before getting relegated. This shows that the club really does have the ability to perform at the highest level, and the fans, as well as the players, will have this goal in mind. Therefore, it’s no surprise that the next manager will be expected to lead the club back to this level, whether it’s through a direct promotion or via the playoffs.

This isn’t going to be an easy task, not by any stretch of the imagination. With Bournemouth currently sitting in 6th position, they are only just scraping into the playoffs. This means that winning form over the latter stages of this season is going to be crucial, and the club will need to think carefully about who the right man for the job is.

It’s one thing gaining promotion to the Premier League, but it’s another thing entirely to actually stay in the top division. We’ve seen this throughout history, with teams gaining promotion only to come straight back down to the next season. Therefore, whichever manager comes through and takes the role, they will need to follow up promotion success with a bid to keep the team in the league too. Once again, this is far from an easy task, and it is one that requires a manager with the ability to truly motivate the guys and get them playing to a satisfactory level.

On that note, now is the perfect time to get your wagers placed on who the next manager could be, as the season is rapidly coming to a close!