The profile of Ligue 1 is continuing to grow. For once, this summer was headlined by players joining the league, rather than leaving, but that hasn't stopped an influx of talent departing for the Premier League.

Nothing will ever stop English scouts scouring France for the next big thing, not while they are still producing the likes of Kylian Mbappé, Ousmane Dembélé and Manchester United transfer target Antoine Griezmann.

The summer window may have just closed, but now players get to impress on the pitch and teams will be on the lookout for the next star to emerge.

Here are 10 Ligue 1 players Football Whispers believe will be linked with your club over the next 12 month.

They may be seen as a selling club, but Monaco are a business with a plan, and it’s one they are very good at sticking to and making a success.

11 Rumours Which Just Wont Go Away | FWTV by FootballWhispers

Adama Diakhaby is the perfect example of that. Signed from Rennes weeks before Mbappé left for Paris Saint-Germain, they hope he’s the next off the conveyor belt.

Able to play on the wing, but mostly as a centre-forward, he’s a quick and agile youngster. Big and powerful for his age and he's still growing by the second.

Keita Balde also arrived from Lazio this summer, but it’s the 21-year-old who is the next potential, sellable star. Diakhaby has a good touch, a keen eye for goal and the pace to trouble back-lines in behind. 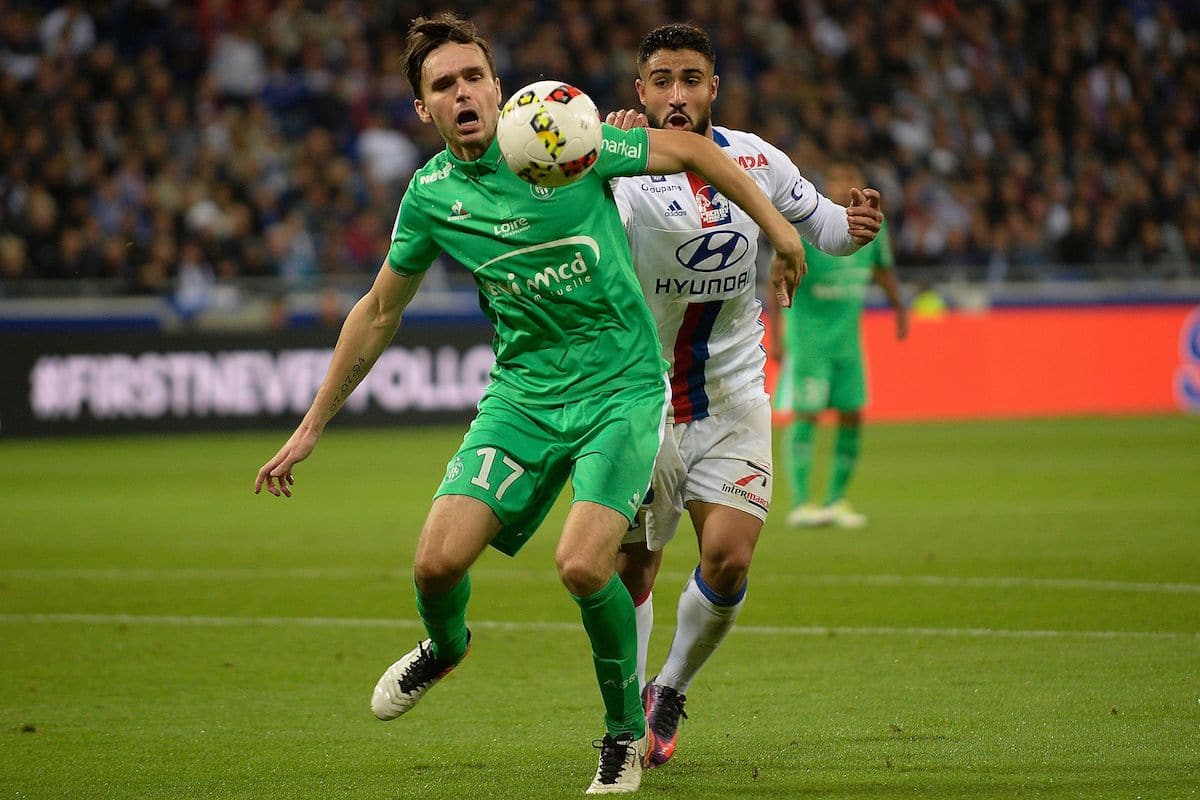 After arriving in France in January 2016, it has taken Ole Selnæs some time to embed himself in the Saint-Etienne way of life, but now, under new boss Óscar García, the club seems to have pledged some faith in the Norwegian.

Making 3.8 tackles per game and two interceptions on the defensive side has been key to the Spanish coach's pressing game, but Selnæs has also completed more passes than anyone else in the team.

Calm on the ball, he’s now showing a good eye for a pass, plus using his body well to muscle in to win back control against opponents. García looks to be the ideal mentor to take the 23-year-old to the next level.

Last season, the former Valenciennes midfielder started 17 times and slowly edged his way into Bruno Genesio’s plans. When Maxime Gonalons was out, Lucas Tousart showed his maturity – a captain in the French youth set-up – and impressed when asked.

Now Gonalons has gone and rather than let Sergi Darder or anyone else take command, the 20-year-old has made the position his own.

Defensively excellent, he reads the game well. Then, when in possession, he doesn’t give the ball away cheaply. Rather than being bothered with flashy passes, he makes sure the attacking talent gets the ball where they need it most.

Efficient, composed and mature, Tousart has stepped up; Lyon have found their new midfield general. 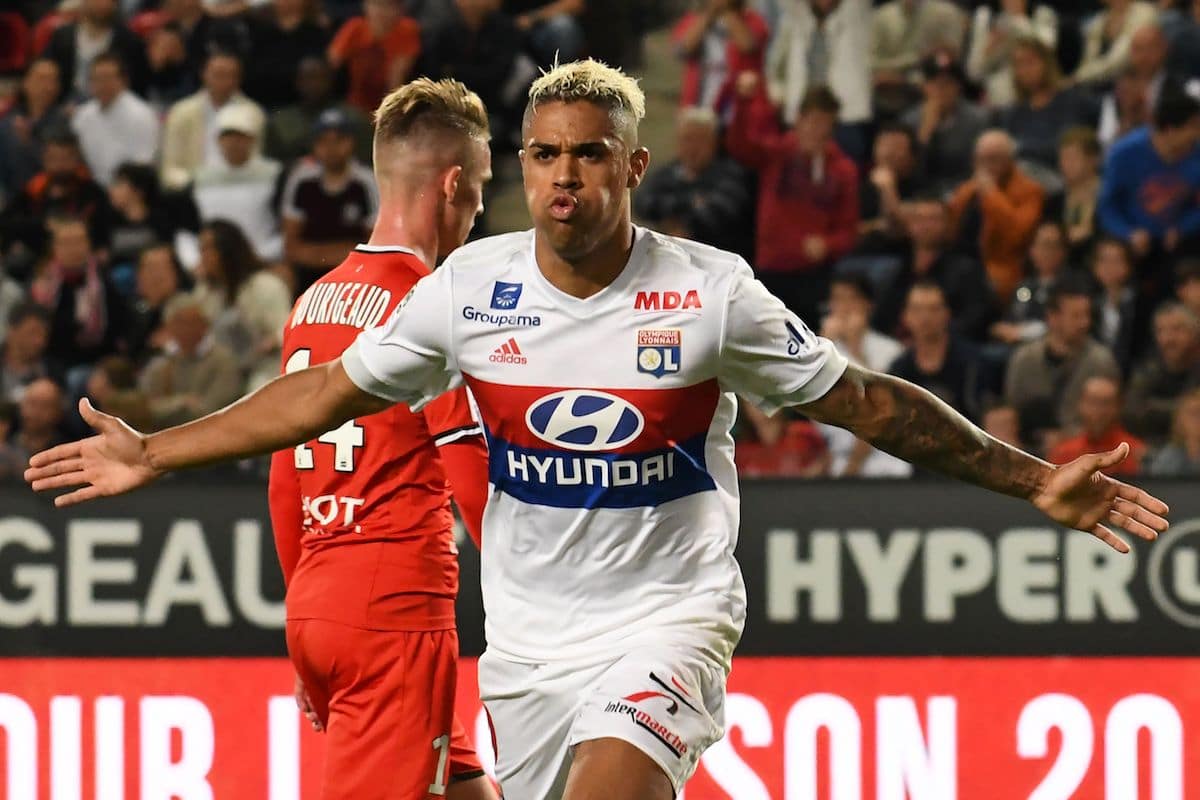 The 24-year-old arrived in France from Real Madrid this summer and not many knew what to expect. In just 114 minutes spread over two seasons, Mariano Diaz had scored five goals. Perhaps not good enough for Los Blancos, but he had shown enough potential for someone to take a risk.

Trying to replace Alexandre Lacazette at Lyon is no easy feat, but with three goals in his opening four games, Mariano has done just that. He brings a much bigger physical threat to the penalty area. Strong in the air, a deadly finisher, he is everything they were looking for and with time and chance to settle, he is only going to get better.

Included in OL’s €8million purchase was a buy-back clause and a sell-on percentage for the Spanish club. If he scores over 20 goals in his first campaign, don’t be surprised if Real buy him back and sell to the highest bidder.

After moving from Valenciennes to Angers in the summer, Angelo Fulgini is continuing to show his flexibility and array of talents in France’s top division.

While in Ligue 2, he was deemed able to play as a defensive midfielder, a No.10, at right-back or in attack. Rather than just be a jack-of-all-trades utility man, the former Manchester United target excelled at all of them.

This term he has been mostly used on the right-wing under Stephane Moulin, but has shown his proficiency in winning the ball back, providing deadly set-pieces and controlling possession.

He managed six goals and two assists last term and will hope to add on that again. Once someone decides where Fulgini’s best position is, the 21-year-old could go further, but for now he’s just going to impress wherever you want him to play. 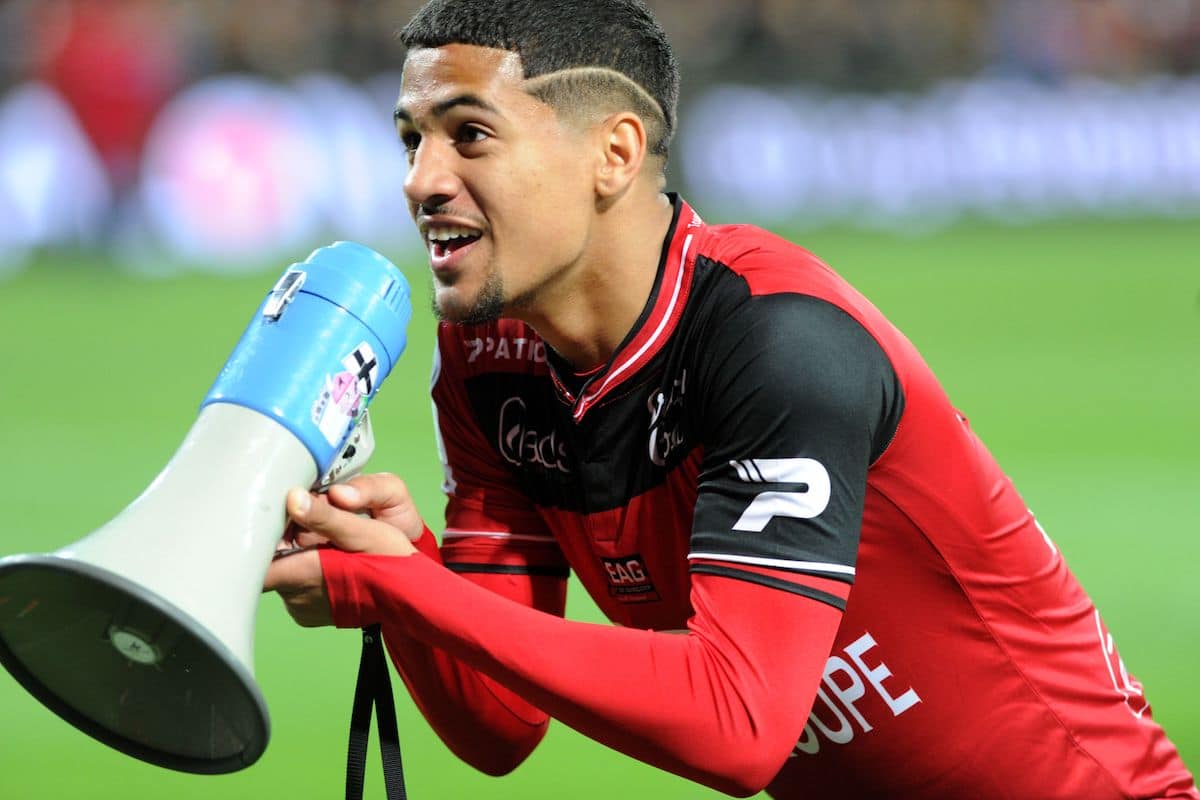 One of the lesser mentioned heroes of France’s Under-19 European Championship squad last summer. You may have heard of his team-mates, Paris Saint-Germain’s new £166million signing Mbappé and RB Leipzig new boy Jean-Kévin Augustin.

More was expected from Ludovic Blas last term, but in just 10 starts for Guingamp he added a goal and an assist. It was a solid, if not spectacular return.

He can play all over the midfield and produced most of his best work on the wings of a 4-4-2.

Still only 19 years old, the year of maturation has done him well and already he has matched last season’s numbers in just four appearances.

Handed the No.7 jersey, Antoine Kombouaré obviously has faith in him and now, with a cultured left-foot, dribbling skills to match his French team-mates, plus the vision to pick beautiful passes over the top, this could be Blas’ time to shine.

Ligue 1 has lost several good full-backs this summer, most of whom have joined the Premier League. It’s obvious that the combination of power, pace and crossing ability appeals to scouts across the channel.

Next on the production line could be young Toulouse right-back Kelvin Amian. The 19-year-old would have done nothing to stop his reputation growing following his assist against PSG at the Parc des Princes.

He is disciplined in defence, trying to stay on his feet, but has the pace to recover and the timing to put in a well-placed tackle.

On the other side, he loves to join the attack, bursting down the wing before getting his head up to pick a pass with either foot.

He has already made the step up to the France Under-21 squad and following in the footsteps of new Spurs signing Serge Aurier, people in the Rose city are starting to take notice. 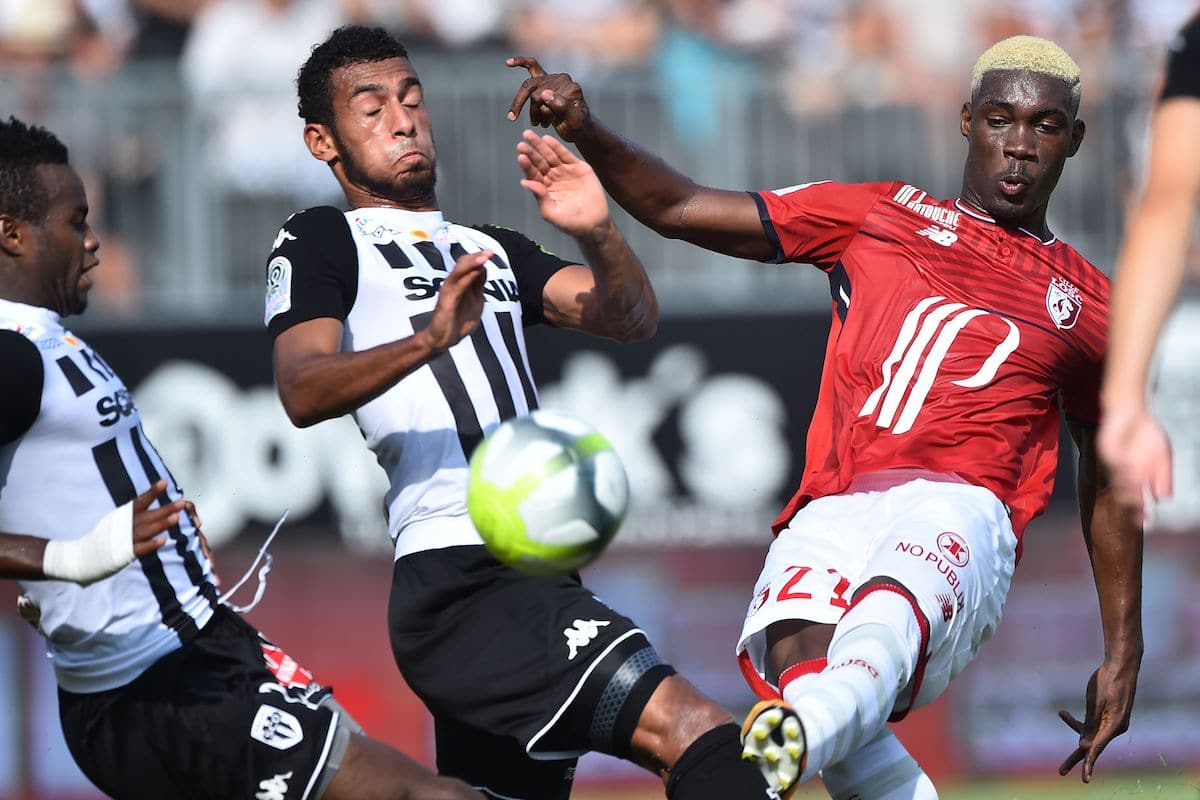 One player who could benefit most from Marcelo Bielsa’s teachings in Northern France is Mali international Yves Bissouma. The Argentine coach likes his all-action midfielders and the 21-year-old has all the raw attributes to succeed at Lille this term.

The highly-rated Brazilian duo of Thiago Mendes and Thiago Maia arrived for big fees, but given his tenacity, drive to push forward and ability to be both a creator and finisher, it’s Bissouma who perhaps has the highest ceiling for a midfielder in Bielsa’s team.

He is a ball of energy, someone you notice as soon as he’s on the pitch – the bleached blonde hair helps. Harness that power and it won’t be long until suitors come looking for the youngster.

Dijon just avoided relegation from Ligue 1 last year and after the goals of Lois Diony – who moved to Saint-Etienne – it was the midfield play of Pierre Lees-Melou that went most unnoticed is their performances.

Stylish, classy, good on the ball with excellent vision. He’s is perhaps closest in style to a No.8 like Marseille’s Morgan Sanson, but can also play off the flanks, making expertly timed runs into the box.

He has already settled to life at Nice, helping them reach the Europa League group stage with encouraging performances against Ajax. He is not blessed with the searing pace of a winger, but it’s his movement that causes the most problems.

In scoring seven goals last season, he showed he can be as good with his head as he is with his feet. Nurtured right by Lucien Favre and he could grow to become a real all-round midfield talent. 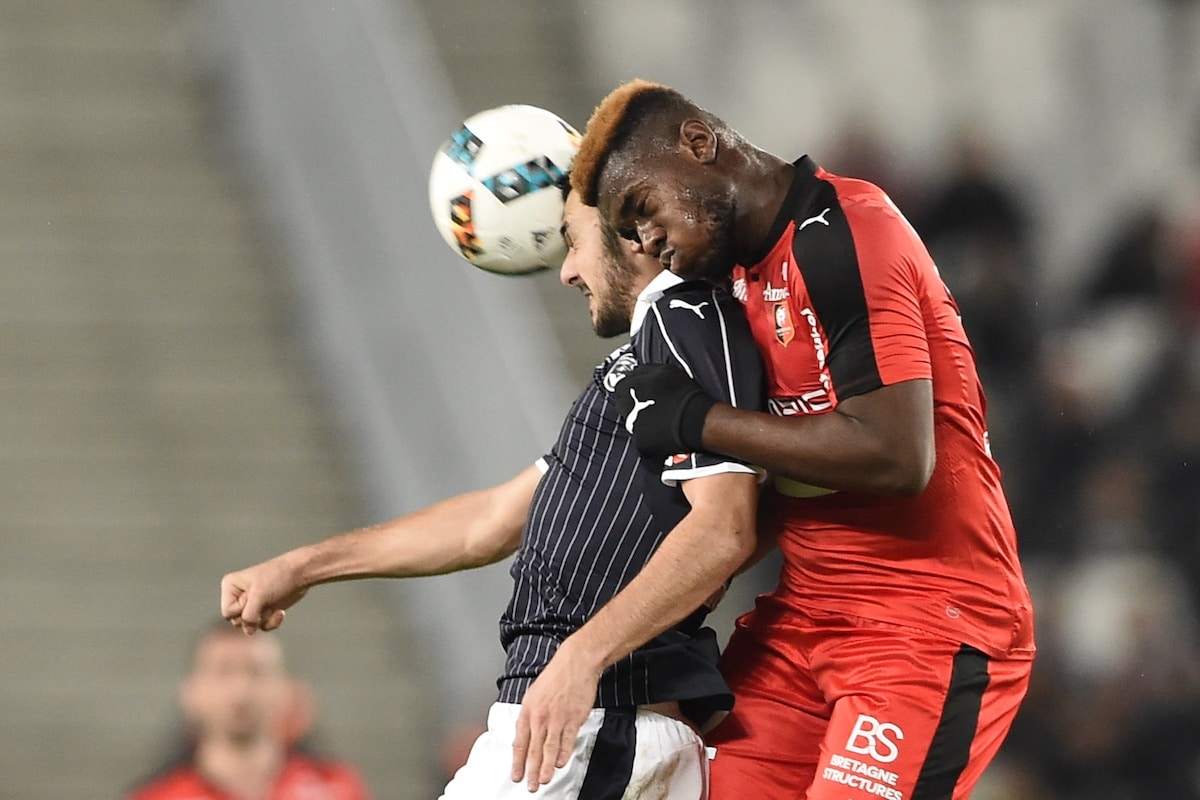 The young centre-back emerged as one of Ligue 1’s most talented prospects last season, jumping in to the Rennes first-team and never looking back. His calm, level-headed nature was tested this summer when Marseille were linked with a move, but Joris Gnagnon remains in Brittany – for now at least.

Standing just under 6ft, he could be deemed a little short to be a central defender, but he has shown to be strong in the air and plays taller than he is.

Strong and quick across the ground, he reads the game extremely well and the 20-year-old continues to show maturity beyond his years, and that’s what stops him from being out-jumped, out-muscled or out-fought.

As his development continues for both Rennes and the country of his parents’ birth, Ivory Coast, the Breton club might not be able to hold off advances for too much longer.