Newport County and Portsmouth go up against each other in the second round of the League Cup action at Rodney Parade. The match will be taking place in the midweek on August 23, 2022.

Newport County were able to pick up a 2-1 victory over Tranmere Rovers to overcome a sequence of back-to-back losses. Portsmouth managed a fourth consecutive win in all competitions after beating Bristol Rovers 3-1.

Portsmouth have picked up a string of four consecutive victories in all competitions. They have been undefeated so far in the campaign. Even though Newport County have picked up a win over Tranmere Rovers at home in the recent game, their overall form has been quite mediocre and even home advantage is unlikely to save the team.

Colby Bishop has been in excellent form over the last few weeks. He has had a fine start to the season even if he was not able to score in the win over Bristol City. Bishop has three goals in his last four games for Portsmouth.

Newport County vs Portsmouth: Battle for the League Cup 3rd round

Newport County are up and running in the league after a difficult win over Tranmere Rovers during the weekend. Newport County have had a except start to the campaign up until now, but manager James Rowberry will be counting heavily on confidence returning to the team after last weekend’s outcome.

Portsmouth have made a very strong start to the League One campaign after picking up a string of victories. Even with the lot of injury problems currently affecting the team, Pompey have had a very good run. Portsmouth are now on a long unbeaten run that has stressed since March and they have picked up four consecutive wins in all competitions.

Newport County: Offrande Zanzala will be the player unavailable for the hosts. Meanwhile, Robbie Wilmot and Aaron Wildig are the other players who are missing.

Portsmouth: Louis Thompson is unavailable for the visitors after suffering an injury during the weekend. Clarke Robertson might return to the starting line-up, while Portsmouth continue to remain without players like Jayden Reid, Denver Hume, and Ryan Tunnicliffe.

Top League Cup Stats ahead of Newport County vs Portsmouth

Questions about Newport County vs Portsmouth 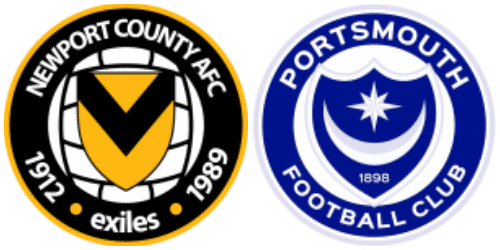 Where is the match scheduled? Rodney Parade

Which team is the favourite to win? Newport County