Newcastle are looking to make it five Premier League games without defeat against West Ham this weekend and the Magpies have the home advantage in Sunday's 2 pm kick-off. Moyes worked wonders with West Ham last season and will be aiming for the European places once again in 2022.

Our Top Three Tips for Newcastle vs West Ham

Newcastle haven't lost any of their last five competitive or non-competitive games against West ham, picking up four wins and a draw since 2019, so you can already see why we're backing the hosts with a double chance bet this Sunday. Steve Bruce's side have picked up three wins and a draw from their last four friendlies and appear ready for the new season to begin.

We're predicting goals in this game for both clubs as that has been the case in three of the last four encounters between Newcastle and West Ham. Newcastle have found the back of the net in each of their last four fixtures, while West Ham have only failed to score in one of their last six outings.

Three of the last four meetings between these two clubs have produced over 2.5 goals and we're expecting more of the same from this weekend's clash. Newcastle have scored three goals in two of their last four matches and West Ham recently put six goals past Celtic and a further three past Reading, so both teams look good in the final third right now.

Newcastle vs West Ham: All the stats and latest market odds

Newcastle looking to extend good run against the Hammers

Newcastle will be without their two regular goalkeepers this weekend as Dubravka and Darlow are both injured which means that Woodman will start against the Hammers. Anderson and Dummett have also been ruled out of the opening game of the season for Newcastle through injury. The hosts claimed a 3-2 win when they last met West Ham at St James's Park and Bruce's side have a good recent record against the Londoners.

West Ham could be without Lanzini, Masuaku and Ogbonna for the trip to the Northeast but all will be given late fitness tests and of the three, the Argentine midfielder is the most likely to make the squad as his injury is just a knock. Moyes has a reputation for getting the best out of his teams but it will be tough for the Hammers to repeat their performance of last season. 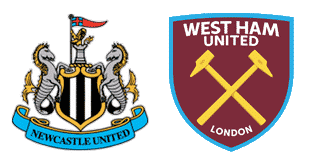