Newcastle and Watford are both struggling at the wrong end of the table and this weekend's clash in the Premier League feels very much like a relegation 6-pointer. If either side can claim all 3pts on Saturday then it could provide the basis from which one of these sides could go on a run and distance themselves from the relegation zone.

There is a very good chance that we will see both teams score in this game as they have done in five of the last six league meetings between Newcastle and Watford. Newcastle have only kept one clean sheet in their last six outings, while both teams have found the back of the net in five of Watford's last six matches in all competitions.

We're backing over 2.5 goals to be scored in this game as both defences have struggled to keep clean sheets of late and we fully expect the attackers to come out on top on at St James's Park. Over 2.5 goals have been scored in three of Newcastle's last five outings, while five of Watford's last six fixtures have witnessed at least three goals scored and the visitors haven't kept a clean sheet in any of those matches.

Who will come out on top in this relegation 6-pointer?

Newcastle had the home advantage against League One Cambridge in the FA Cup 3rd Round last weekend but still couldn't avoid a giant-killing. The two sides went in level at the break goalless despite Newcastle having multiple chances to score and hitting the bar. Just 11-minutes into the second forty-five, Cambridge took the lead through Ironside and the upset was on. Newcastle had a fantastic chance to equalise late on but the Cambridge goalkeeper made a great save. Going out of the FA Cup might go in Newcastle's favour in the long run but going out to lower league opposition must have a negative effect on their confidence.

Watford made some changes to their starting eleven for the 3rd Round tie away at Leicester, and it showed. The home side claimed a 4-1 win despite having a number of their first-team players missing also. Joao Pedro scored Watford's consolation goal and the young Brazilian will be hoping to see more first-team action in the second half of the season and could even start at St James's Park. Watford sit 2pts clear of Newcastle ahead of kick-off and really can't afford to lose this weekend.

Newcastle: Hayden, Wilson, Fernandez, Lewis, Manquillo (suspended), Darlow and Clark could all miss out this weekend for the hosts. 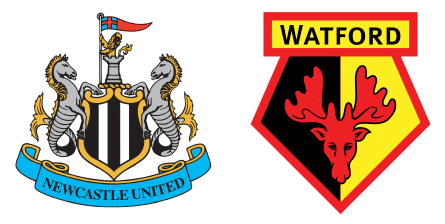