Newcastle United fans will no doubt provide the best atmosphere St James' Park has seen in over a decade thanks to the new takeover. The hosts might sit second from bottom in the Premier League as things stand but we're expecting Newcastle to give Tottenham a real run for their money on Sunday.

Our Top Tips for Newcastle vs Tottenham

Here are our predictions for Newcastle vs Tottenham.

We've backed Newcastle with a double chance bet as we are convinced that the new takeover and lift in the atmosphere around the stadium will guide the hosts to a positive result. Newcastle have won one and drawn two of their last four games against Tottenham and the visitors have struggled on their travels of late.

Both teams have found the back of the net in four of the last six meetings between Newcastle and Tottenham, which includes each of the pair's last three encounters in the Premier League. Newcastle's last five matches have all ended with both teams scoring and the same can be said for five of Tottenham's last six outings in all competitions.

Saint-Maximin is Newcastle's flair player and someone you expect to deliver when it really counts. With the Newcastle fans set to make this a thrilling atmosphere, we're backing the French midfielder to get on the scoreboard this weekend and help guide his side to a positive result. Saint-Maximin has 2-goals in the league so far this season, making him Newcastle's joint-top scorer.

Newcastle narrowly lost 2-1 at Wolves before the international break thanks to a double from Hwang Hee-Chan. Jeff Hendrick scored an equaliser for the away side just before the interval but Newcastle failed to build upon that goal and slipped to another defeat. The Magpies have 3pts to their name from their opening 7 matches and are yet to win a game this season but all that could change on Sunday now that the club have finally gotten rid of Mike Ashley.

Spurs managed to beat Aston Villa 2-1 at the Tottenham Hotspur Stadium last time out thanks to a goal from Hojbjerg in the first half and an own goal from Villa's left-back, Targett. Ollie Watkins had equalised for the visitors just minutes before Targett put through his own net and the feeling after the game was one of relief more than joy for the Tottenham fans. Spurs certainly aren't at their best right now and Kane looks like a shadow of the player he was last season but class is permanent and the England captain will turn things around sooner or later.

FAQ about Newcastle vs Tottenham 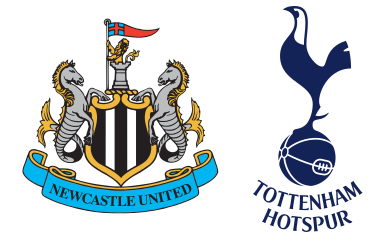