The new Premier League season has produced two defeats for Newcastle so far but the Magpies have a good record at home against the Saints and will be looking to get their first points on the board. Southampton secured an impressive point in their last game against Man Utd and will be aiming for their first win of the campaign on Saturday.

We're predicting goals in this game as three of the last five meetings between these two clubs have produced over 2.5 goals, including Newcastle's 3-2 win at St James's Park when the pair last locked horns in February. At least three goals have been scored in three of Newcastle's and four of Southampton's last six outings in all competitions, so you can see why we're expecting goals on Saturday.

Both teams have scored in three of the last five encounters between Newcastle and Southampton and we're expecting more of the same this weekend. Three of Newcastle's and four of Southampton's last six fixtures have produced goals at both ends of the pitch and we can't see either team keeping a clean sheet at St James's Park.

Adam Armstrong has developed really well since being let go by Newcastle and really announced himself in the English game last season by scoring 28 league goals in the Championship for Blackburn. Southampton have taken a punt on the 24-year-old striker this season and he already has one goal to his name in the Premier League. We're backing Armstrong to haunt his former employers by getting on the scoreboard at St James's Park this weekend.

Everything you need to know ahead of Newcastle vs Southampton

Will Newcastle get their first points on the board this weekend?

Newcastle played well at times against West Ham and we're perhaps unlucky to lose the game. Steve Bruce's side followed up that loss with another defeat away at Aston Villa, so it is important that his side get points on the board this weekend. Shelvey has been ruled out of Saturday's game through injury and he joins Dubravka, Darlow and Anderson on the sidelines. Hayden and Dummett are close to returning to action and could even make the squad for the Southampton game but are highly unlikely to start.

Southampton will make the long trip to Newcastle without Smallbone and McQueen but don't have any suspended players or fresh injury concerns to deal with. After losing their opening game at Everton 2-1, not many people gave the Saints a chance at home to Man Utd. However, Southampton secured a draw in that game and will be looking to build upon that result by winning at St James's Park this weekend. 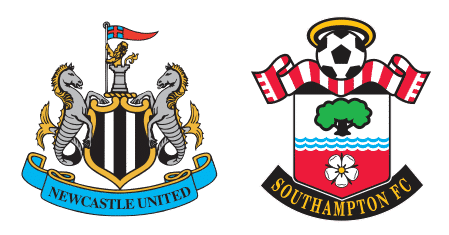