Newcastle and Leeds are without a win in the Premier League so far this season but both will view Friday's clash as a great opportunity to get secure 3pts. Leeds got the double over Newcastle last season and just like on those two encounters, we're expecting goals from this game.

Our Best Betting Tips for Newcastle vs Leeds

At least three goals have been scored in three of the last six meetings between these two clubs, including each of their encounters in the Premier League last season. Four of Newcastle's and five of Leeds' last six outings in all competitions have ended with at least three goals being scored, so you can see just why we're backing over 2.5 goals on Friday.

We're expecting goals in this game at both ends of the pitch as that has been the case in each of the last three meetings between Newcastle and Leeds. Both teams have scored in three of Newcastle's last five matches, while four of Leeds' last six outings have seen both teams score.

If anyone is likely to score for Newcastle it's their main striker Callum Wilson who already has two Premier League goals to his name this season. Wilson is expected to recover from a knock in time to face Leeds and how the hosts need him. The English striker netted 12 league goals in his debut season for the Magpies and is likely to score a similar amount this time around.

Newcastle went down 4-1 at Old Trafford last time out, conceding two goals to Cristiano Ronaldo on his second debut for the Red Devils. Steve Bruce's side have only managed to secure a point from their opening four matches and look like they could end up in a relegation battle if their form and performance don't improve.

Leeds haven't fared much better than Newcastle so far with just one more point on the board than Friday's hosts. However, despite some disappointing results Leeds have shown grit and determination against Burnley and Everton where they rescued draws and you feel as if they are just one good result away from going on an unbeaten run. 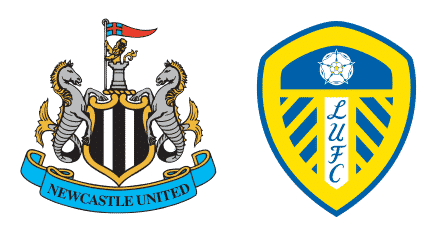