Newcastle vs Cambridge: Predictions and Odds

Newcastle have been struggling for wins in the Premier League and have injuries to key attacking players but they are still expected to brush League One Cambridge aside when the two lock horns in the FA Cup on Saturday.

We expect Newcastle to show their added quality when they play host to Cambridge this weekend, picking up a win and a clean sheet. Cambridge arrive sitting two divisions below Newcastle and have failed to score in each of their last three league games. Newcastle's only win of late arrived at St James's Park against Burnley in the Premier League and was accompanied by a clean sheet.

With Wilson and Saint-Maximin looking set to miss this game through injury, Newcastle will likely call upon Dwight Gayle to lead the line against Cambridge. Gayle hasn't played much football for the Magpies this season but has always done well when Newcastle have picked him and has proven himself as a regular goalscorer in the Championship. We're backing Gayle to score against Cambridge this weekend and maybe even work his way into Eddie Howe's future plans.

Newcastle offered great chance to pick up a rare win

Newcastle played host to man Utd in their last game and gave their best performance of the season so far. However, despite taking an early lead through Saint-Maximin and the very same player missing a guilt-edged chance to double the home side's lead, man Utd equalised in the 71-st-minute and claimed a 1-1 draw. If the Newcastle players can put in a similar performance on Saturday then Cambridge won't stand a chance.

Cambridge were at home to Portsmouth in their last league game where the pair produced a goalless draw that won't live long in the memory. Cambridge striker Sam Smith provided the biggest talking point of the match when he was sent-off for a second bookable offence on the hour mark. Cambridge did well to hold on for a point in the end but will have to raise their game if they want to cause a giant-killing this weekend.

Cambridge: Jones, Taylor and Tracey all look set to miss the trip to St James's Park through injury. 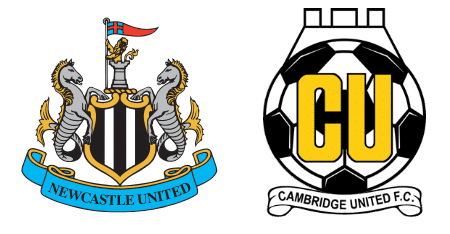