Top free betting tips and odds for Newcastle vs Atalanta

After defeats to Mainz and Benfica on the road, Newcastle United returns to St. James' Park. They will host Italian outfit, Atalanta, keeping their fingers crossed for a return to winning ways.

Prior to their disappointment in away fixtures, Newcastle had managed successive victories at home against Gateshead and Munich 1860. They should manage to bag another one in front of home support given Atalanta's lack of game time leading up to this fixture. The Bergamese outfit has only played once but it concluded on a winning note for them. However, it will not be a likely result in Newcastle upon Tyne as the Magpies have won four of their last five outings.

Atalanta enter this fixture after failing to keep a clean sheet in their last 12 competitive matches. They did shut out Como in their friendly encounter but it would not raise hopes in La Dea faithful given the quality of the opposition. Newcastle are a step above and should make the Bergamese outfit pay for slights at the back. The Mgpies will be susceptible at the back as they enter this fixture after conceding four goals in their last two preseason outings.

Newcastle vs Atalanta: Check out the best odds and the latest stats

Newcastle vs Atalanta: Check out the team lineups

Eddie Howe took Newcastle from the relegation slots to eleventh place in the Premier League. His squad additions worked and now has the chance of seeing what he can manage without his hands tied to his back. The Magpies have shown glimpses of their formerself with disappointing away results on the continent and need to give a better account of their abilities at St James Park.

Gian Piero Gasperini's exquisitely assembled Atalanta have started to break. Alejandro Gomez's loss still haunts them as the club have lacked in their linkup between midfield and attack. It all concluded in an eighth place capitulation, one that they will look to avoid this time around. A late start to club friendly engagements will not help their cause but in the little highlights available, they seem to be moving in the right direction.

Questions About Newcastle vs Atalanta 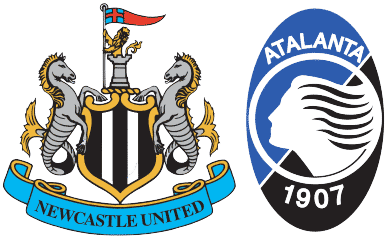 Where is the game being played? St. James' Park.