Rafael Benítez's words were damning. Asked about Newcastle's transfer window earlier this month, the Spaniard was brutally honest about the strength of his squad.

“We have a different situation to other clubs,” he told Sky Sports News. “The transfer window is open, we are coming from the Championship.

Among those he appeared to be referring to is striker Dwight Gayle. The forward only moved to St James' Park from Crystal Palace last summer. He was charged with scoring the goals to get the North East outfit back in the Premier League.

Gayle obliged, netting 23 times in just 26 starts in an injury-hit season. But now it looks as though the former Peterborough United and Dagenham & Redbridge forward is no longer the Spaniard's first-choice striker.

Championship promotion hopefuls Leeds United made an enquiry on Tuesday. Fulham have, reportedly, blown that out the water by submitting an £18million bid today.

However, according to Sky Sports News, the Magpies are reluctant to sell their No.9 unless a replacement is sought.

Benítez seems to have already moved on, signing Joselu from Stoke City. The Spaniard opened his account with a goal in the 3-0 win over West Ham United last weekend and will be expected to get the nod after the international break.

That signing puts a question mark against Gayle's role at St James' Park. He provides an alternative to Joselu with his pace and ability to get in behind – something which could be utilised later in the game as defences tire – but has never been prolific in the top flight.

Therefore, as far as starting games goes, Gayle looks unlikely to command a regular spot in the side. Which means it would make sense for Newcastle to sell the forward at a profit. 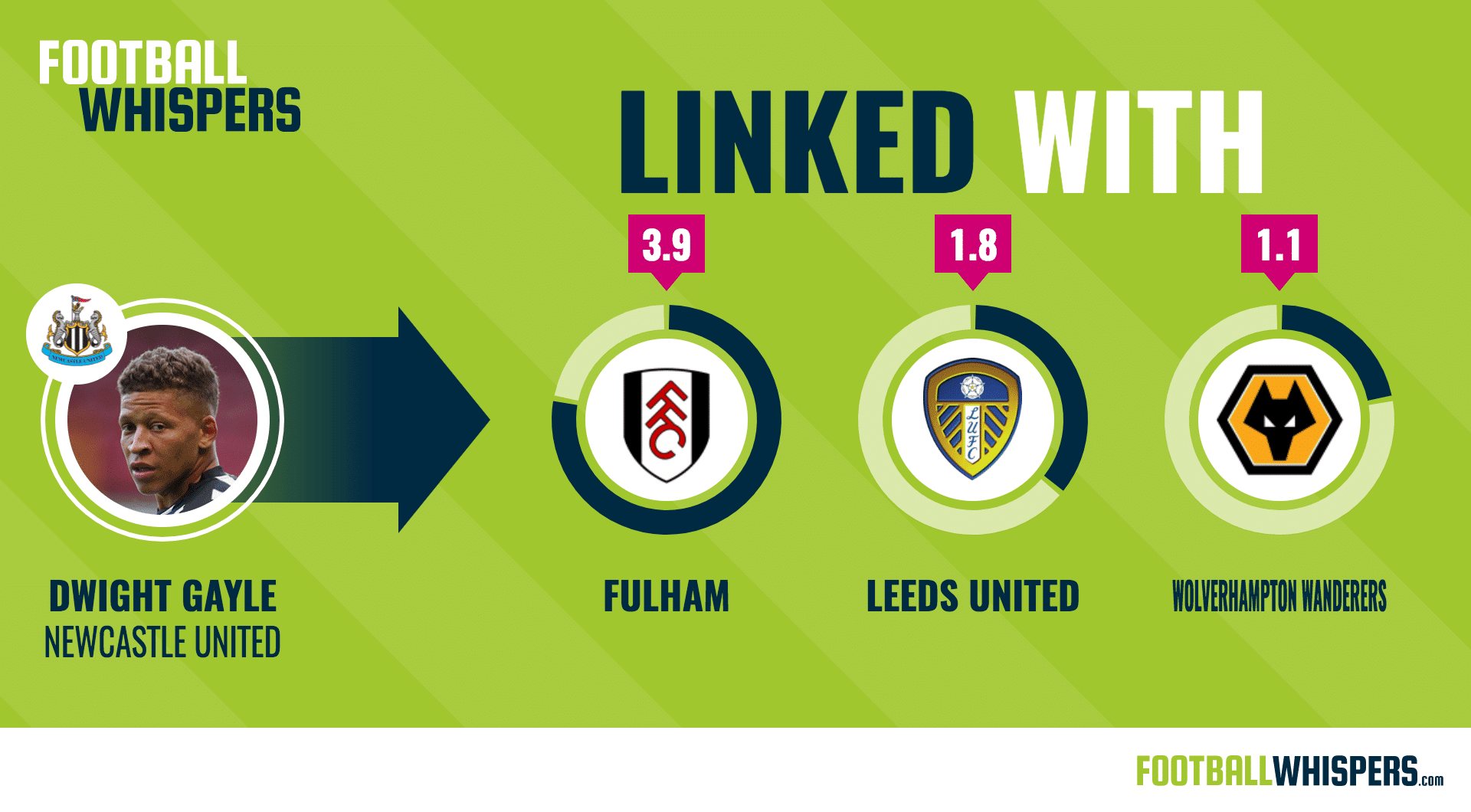 In a candid interview with Sky Sports earlier this month, Magpies owner Mike Ashley admitted he did not have the money compete with the Premier League's big clubs and would give “everything” generated to his manager. That, presumably, would include the £18million offered by Fulham.

Given Benítez's dissatisfaction at the number of arrivals at Newcastle this summer, that is money the club simply cannot afford to turn down for someone who looks set to become a bit-part player.