The greatest trick the Devil ever pulled, according to those in the know at least, was convincing the world he didn't exist. This summer, however, he may have surpassed that.

Somehow the Dark Lord, aka Satan, has managed to hoodwink much of the football world into thinking Newcastle United are by some distance the Premier League's worst side. The Magpies are favourites to be relegated and pundits and fans alike are prepared to downplay their chances of survival.

“I like Steve Bruce but this is the toughest job in the Premier League bar none,” Sky Sports pundit Jamie Redknapp stated after Newcastle's 0-0 draw with Brighton last weekend. “If they stay up it will be an incredible achievement because they're up against it in so many different ways.

“The players. The way the crowd is. All the other teams they are fighting against all have the crowd on their side and you feel it just isn't happening here.”

Redknapp is right when it comes to the club's fanbase. Supporters are, understandably, disenfranchised after the departure of Rafael Benítez in the summer and the decision to hire Bruce, a former manager of North East rivals Sunderland. There is also the complete disdain for owner Mike Ashley.

But the toughest job in the Premier League? No. An incredible achievement to keep Newcastle up? No, and not even Bruce entirely believes that one.

“We were in the Championship a couple of years ago and the nucleus of that group are still here and they've been terrific for the club,” he explained to Sky Sports. “There are big expectations at a great club like this, but whether it will be my best achievement [to keep Newcastle up] I'm not sure.”

It certainly shouldn't be. Bruce was supported this summer with six new signings, including the addition of Joelinton for a club-record £40million and the purchase of Allan Saint-Maximin from Nice for £16.5million. He also had a fully integrated Miguel Almirón, who was signed from Atlanta United for £21million in January.

Add in the likes of Martin Dúbravka, Fabian Schär, Jamaal Lascelles, Isaac Hayden, and Sean Longstaff and Newcastle have a strong core which contains Premier League quality and top-flight experience.

So why then are Newcastle down in 17th after six games? Why have they scored just four goals, the fewest in the division alongside Watford? And why do they have the lowest expected goals tally (4.25) in the top flight?

Quite simply, it's because of Bruce.

Perhaps he has fallen into the trap of thinking this group of players isn't good enough, that they are relegation fodder and nothing more. It would explain why he has decided Newcastle's best strategy is to give up the ball, sit deep and look to contain opponents.

So far this season the Magpies have averaged just 32.8 percent possession in their matches, comfortably the lowest in the top flight. They're also 18th for shots on target per 90 (3.17) and 19th for touches in the opposition area per 90 (16.17).

It's dour football and little surprise Newcastle fans opted to stay away from last weekend's televised game against Brighton – the attendance of 43,316 against the Seagulls was the lowest at St. James' Park in eight years.

It doesn't have to be like this, though. Newcastle have the players – when fit – to play proactive, attacking and, most importantly, entertaining football. Take the below, for example. 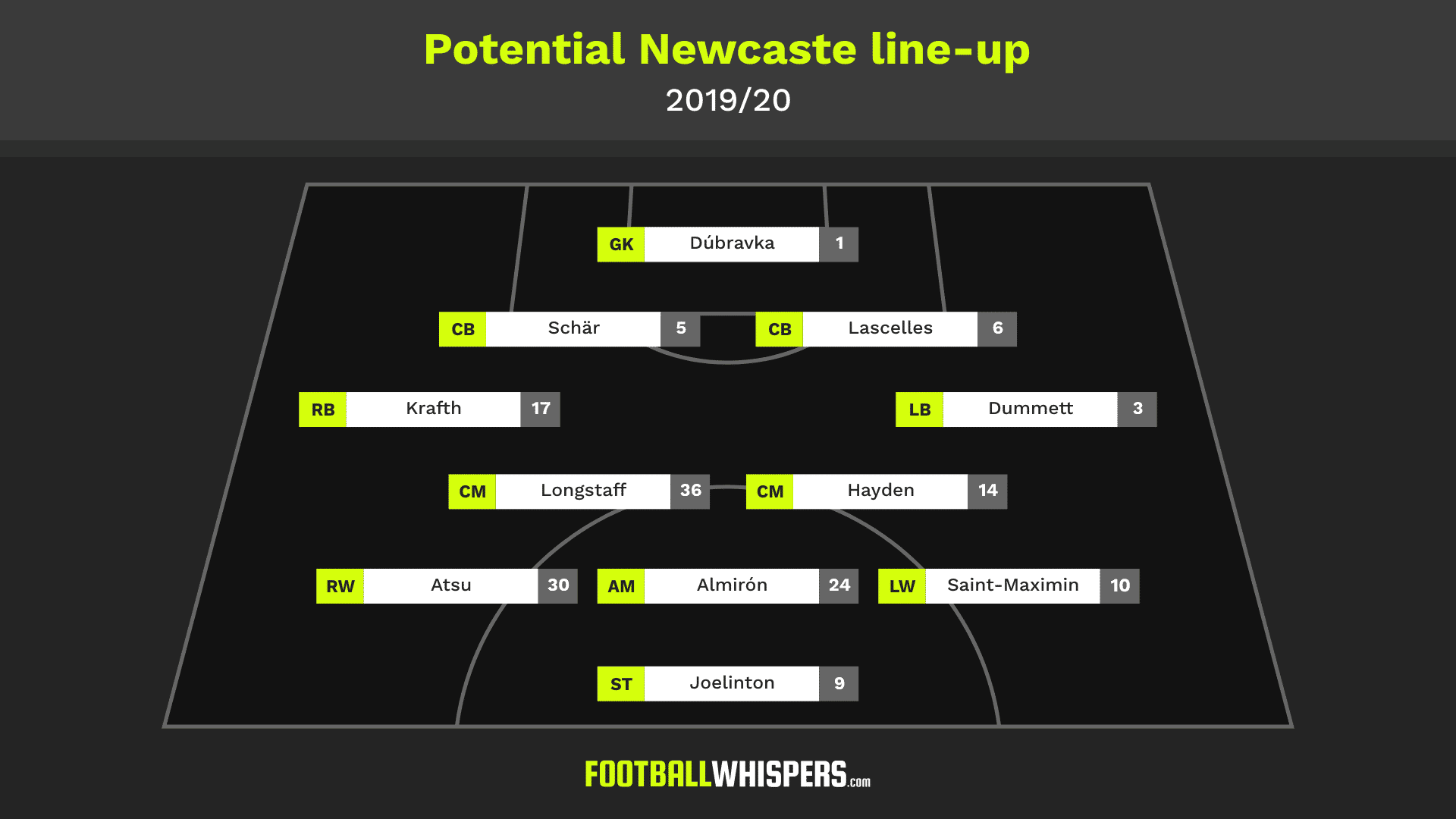 Of course, this wouldn't be a cure-all for Newcastle's problems, but it would give the Magpies' attacking players the best platform to thrive.

Let's start with Almirón. Much has been made of his lack of goals and assists since his signing yet at Atlanta he had the freedom to roam, pick up the ball and drive into attacking areas.

He was devastating in transitional situations but these simply don't occur at Newcastle under Bruce – and they didn't under Benítez in truth – as the Magpies set up to play direct, counter-attacking football.

That should be changed. Almirón, who proved in MLS he is willing and able to close down opponents, Christian Atsu and Saint-Maximin have the potential to be a dynamic and effective pressing unit.

The three players are all quick across the ground and are capable of turning in an instant. While one closes down an opponent, the other two could shut off passing avenues safe in the knowledge Longstaff and Hayden are behind.

And if the ball is recovered in the attacking third, Almirón, in particular, has the ability required to take advantage of the additional space and either create an opportunity or threaten the goal.

The other big beneficiary of a switch to 4-2-3-1 would be Joelinton. The Brazilian has often been isolated in the opening six Premier League games; he's worked off scraps and scored only once.

Newcastle's club-record signing's solitary goal came against Tottenham and it was a strike which showcased just how intelligent the striker can be if attacks are well constructed. 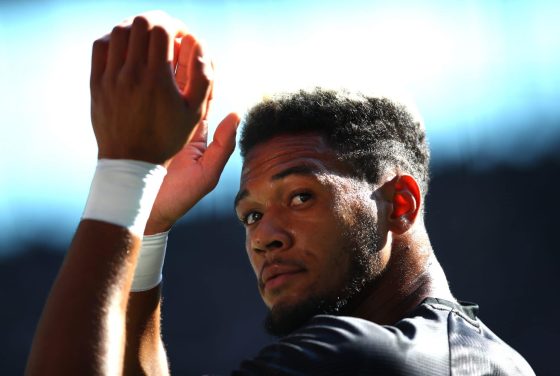 The 23-year-old proved at Hoffenheim that he had a range of skills many modern-day coaches value. He is prepared to press defenders, he can drop to link play, he can drift out wide to collect the ball and create, and he can score goals.

He can't do any of that, however, if his closest team-mate is, at best, 20 yards away. He needs support and, if he gets it, he makes those around him better. It's a win-win.

Newcastle need a fresh approach. The Benítez seasons were not exactly thrill-a-minute but they enabled the club to stabilise in the Premier League. They now have a team capable of more, capable of entertainment, capable of a mid-table top-flight finish at the very least.

Bruce, and the wider football world, just has to realise it.