Coutinho, playing a deeper role in midfield, conjured up a fantastic effort when he swivelled and fired a glorious effort into the top corner on the half hour mark, but it wasn't to be enough as Joselu pounced on some slack defending to equalise.

Liverpool dominated possession, as expected, but could not break Newcastle down in the second-half. Frustratingly for Reds boss Jürgen Klopp, Daniel Sturridge and Mohamed Salah missed chances as they dropped two points heading into the international break.

Here are the player ratings for the game.

It's not difficult to see why Elliot has firmly established as Newcastle's number one. He was out sharply to deny Sturridge in a one-on-one while he raced off his line and gathered the ball confidently with the Liverpool striker chasing.

Came across to make a vital covering interception as Salah closed in on goal at the end of a blistering counter-attack. The American showed good awareness to read Salah's intentions to cut inside and met the winger before he could pull the trigger.

The Newcastle captain has been in great form recently and made a crucial block when stopping Sturridge's shot early on.

Newcastle's organisation at the back was a major feature of this game and Lascelles was right at the heart of it, making seven clearances and three interceptions as he stuck to the unenviable task of keeping tabs on Mané, Salah and Sturridge.

The Republic of Ireland international showed great powers of recovery when he made a brilliant last-ditch challenge to stop Salah, who had initially skipped past him.

His blushes were definitely spared whenever both Sturridge and Salah missed great opportunities arising from his horribly misjudged attempted clearance.

Manquillo didn't make much of an impact in his solitary loan campaign with Liverpool, but he's proven himself to be a dependable, industrious starter for Benítez. This game was no different, but he was guilty of letting Salah go on a few occasions and, on another day, he may well have been punished for that.

It's easy to say the former Liverpool midfielder should have done more to stop Coutinho getting his shot away for the opening goal, but it's unimaginably difficult when the Brazilian is running at you with the ball at his feet.

Shelvey atoned, however, when he had the vision to spot an opening for Joselu, playing the striker through for the equaliser. The former Swansea playmaker also made a brilliant headed clearance from right underneath his bar to prevent a goal.

The 21-year-old Spaniard has impressed so far this season but had a quiet first-half as he was asked to stay a little bit deeper than in recent games. The on-loan Borussia Dortmund man won three tackles and two aerial battles as he covered a lot of ground defensively to cut off the supply to Liverpool's forwards from midfield.

Got involved early on and even tested Mignolet with a curling effort from the edge of the area. He was quiet for spells but a smart header across the face of goal from a cross almost led to Newcastle's second.

As Liverpool dominated possession, Ritchie wasn't as much of a presence going forward as usual, but it was another honest, hard-working display from a popular figure among the Toon support.

When he found himself in pockets of space he looked to hurt Liverpool and exposed their vulnerability when he slipped a neat pass into Atsu, catching Gomez ball-watching.

As ever, he worked hard but can't seem to rediscover his scoring touch and that was once again the case today.

The Ghanian was anonymous in the first-half, certainly in an attacking sense, but came alive when he was played in behind by Peréz in the 54th minute. Beating Gomez, the winger was met by Matip's resistance just as he looked to square a pass to Joselu.

Showed flickers of his acceleration but wasn't a consistent threat to Liverpool. 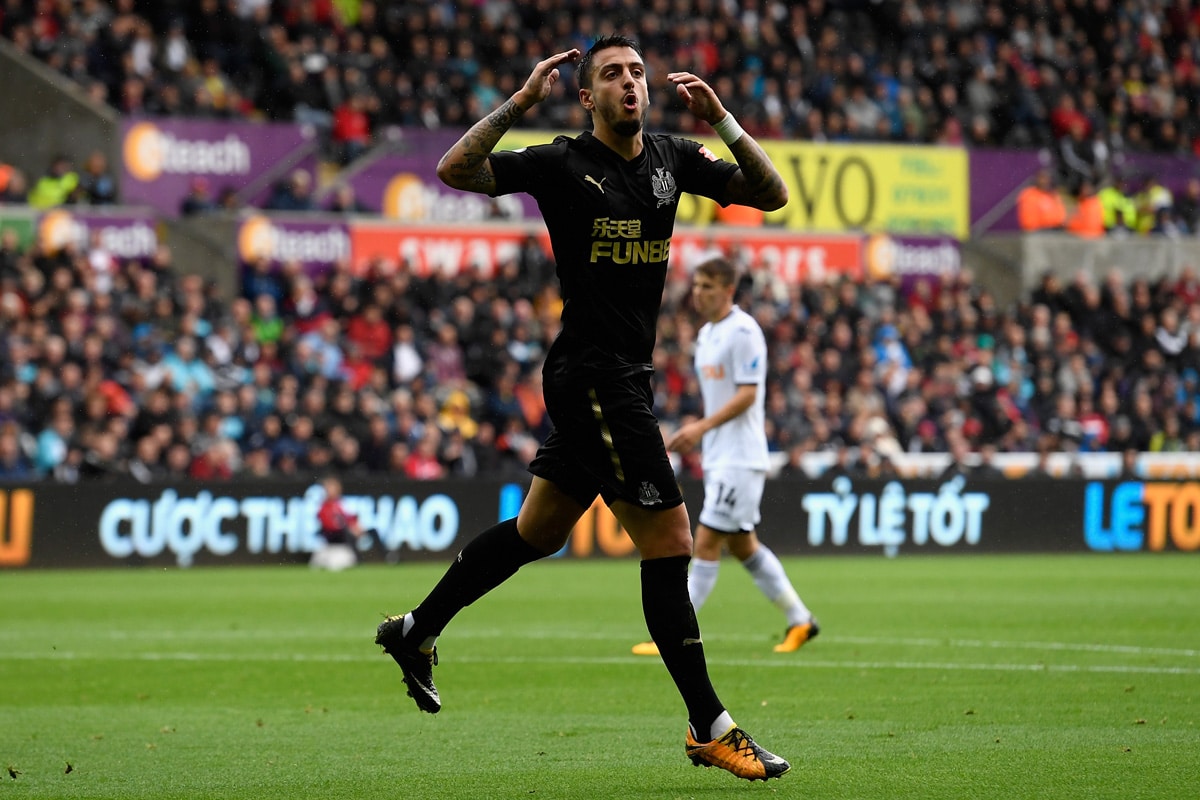 Well, it may end up being the luckiest finish of the entire season, but a goal's a goal. They all count. Whereas Coutinho's opener was sheer magic, the Newcastle forward couldn't believe his luck when he waltzed in between their two centre-halves. Bearing down on goal, Matip got back just in the nick of time but could only hit the ball against the striker, watching on as it trundled into the net.

The Belgian had very little to do. He certainly wasn't at fault for Joselu's equaliser and was rarely called into action in the second-half as Liverpool dominated possession and searched for a winner.

The young right-back was exposed when he was caught ball-watching as Atsu ran in behind. He was also lucky to escape a booking for having a pull of the winger's shirt as he sped past him. Was also booked for a high-footed challenge on Atsu, when the majority inside St James' Park roared for a red.

The Cameroonian centre-half won't want to see Joselu's goal again. He was guilty of letting the striker run straight in between himself and Lovren and, although he did just about enough to catch-up, he could only hit the ball off him.

He was beaten by one pass through the middle, and that's something Klopp will deem unacceptable.

Should have scored the opener when Wijanldum's volley ricocheted off the post and straight to him. Six yards out, he could only fire it against the Newcastle man on the line. Didn't cover himself in glory for Newcastle's equaliser either when he failed to spot Joselu making a run in between him and Matip.

Made a huge block in stoppage time to stop Mohamed Diamé striking the winner.

Preferred to James Milner, the left-back was a typically robust presence going forward, attempting six crosses and completing two key passes. He is known as a reckless defender, though, and lived up to that reputation when he took a wild and needless swipe at Peréz even when Lovren was covering.

The Dutchman almost scored a beautiful opener against his former employers when he hooked a tremendous volley onto the near post with Elliot well and truly beaten. Was very tidy in possession, completing 87% of his passes without creating too much.

The captain, playing in defensive midfield, offered little in the way of penetrative, incisive passing. With Emre Can showing good form in recent weeks – and perhaps a little unfortunate to be kept on the bench for this game – it will be interesting to see if Klopp considers shuffling his midfield pack and dropping Henderson.

Started quietly but exploded into life on the half-hour mark when he produced a Coutinho special from 25 yards, skipping past Shelvey before launching an unstoppable right-footed effort into the top corner. It was such a telling snapshot of his ability to engineer space, pick his spot and execute such a world-class finish with little backlift. A joy to watch.

Playing slightly deeper, he was able to influence the game from midfield. 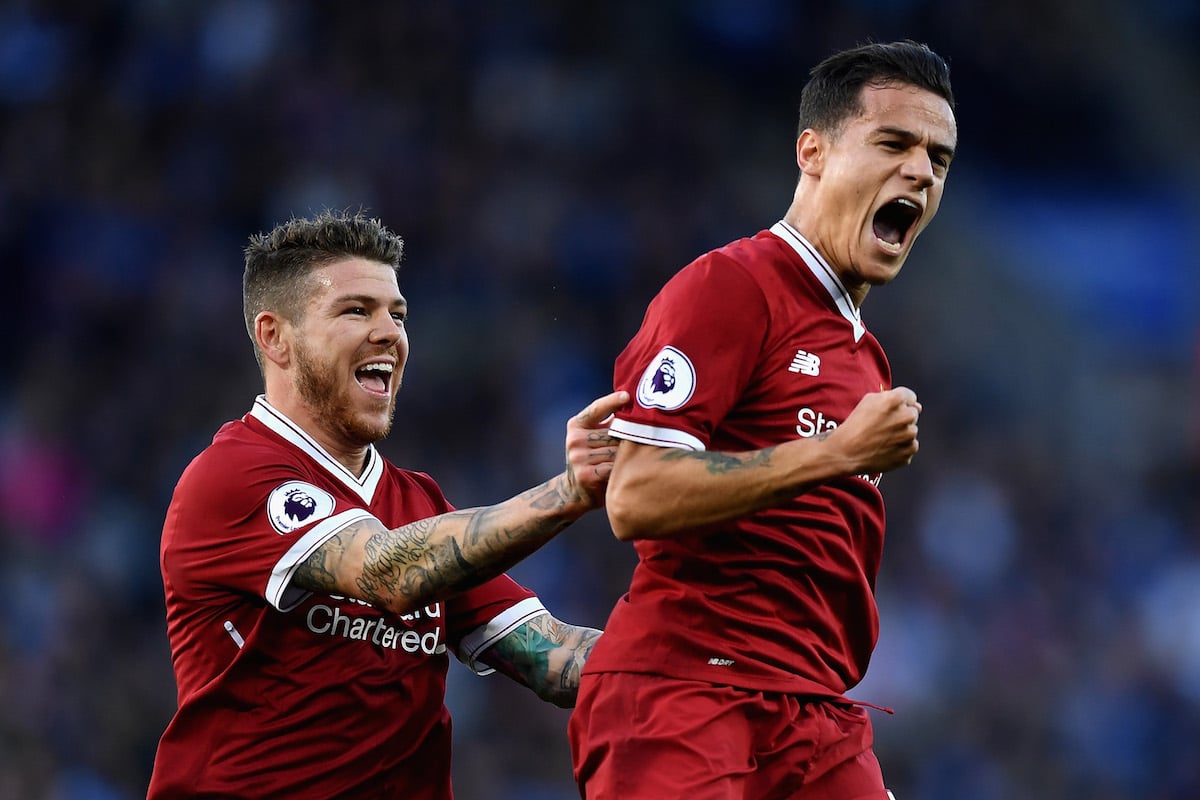 The Egyptian has made an impressive start to life as a Liverpool player and was central to Liverpool's first real attack of the afternoon, threading a perfectly-weighted through ball to Mané. Continuing his run into the box, his teammate couldn't find him, but it was an example of Salah's confidence and quality.

Despite this, however, the winger was guilty of a few heavy touches at times and wasted a great chance when he fired a rebound over the bar after Elliot had saved Sturridge's initial effort.

When the former Roma man dropped into the number ten role as Liverpool switched to a 4-2-3-1, Newcastle struggled to track him as he dropped into pockets of space between the midfield and defence.

Getting the nod from Klopp will be beneficial for the striker's confidence and he looked sharp early on, linking up with Salah on multiple occasions as his movement created gaps in Newcastle's defensive set-up.

Wasted a gift of a goalscoring chance, though, when Clark's sliced clearance fell straight to him, only to fire his effort straight into Elliot.

There were a couple of occasions when Sturridge was caught clearly offside despite looking straight across the line. Poor forward play, it must be said.

Back from his three-game suspension after the red card against Manchester City, Mané seemed to have a quiet first-half and didn't quite look at his electric best. Never got a clear-cut chance to score, Liverpool fans will hope he is back to his brilliant best after the international break.